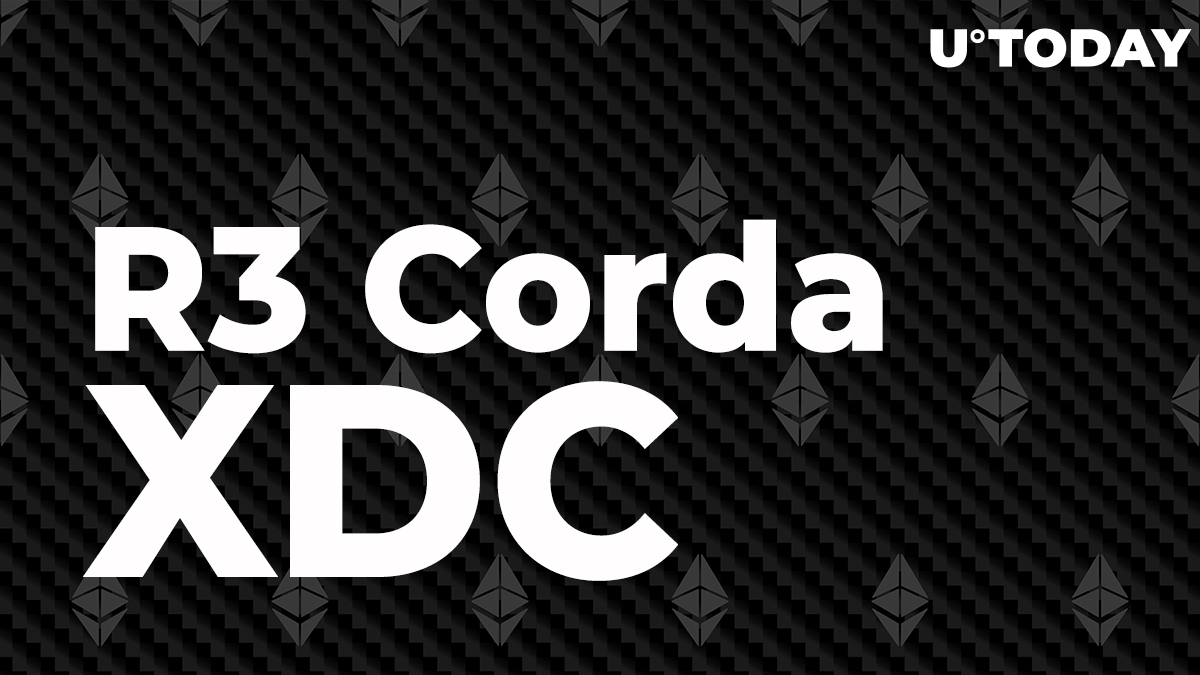 Corda, an enterprise blockchain by cryptocurrency veteran R3, has established a decentralized bridge to public blockchains. For this purpose, it will use XinFin's XDC, an Ethereum fork.

According to a press release shared with U.Today, Corda blockchain now has a reliable interoperability bridge to private blockchains. XDC coin, a core native utility asset of eXchange inFinite (XinFin), can now be used inside Corda as a settlement asset.

At the same time, XDC is a fork of Ethereum (ETH) blockchain. Thus, this release is a huge milestone in terms of interoperability for the Corda platform.

This instrument is implemented by a team of former Royal Bank of Scotland officers, LAB577. Its director, Richard Crook, stresses that the Corda-XinFin bridge is of paramount importance for cross-blockchain interactions:

What you should see here is the age-old challenge of interoperability being solved.

Earlier, R3's Corda blockchain experimented with its own asset, Corda Coin, as well as with XRP token.

The release of an XDC-powered bridge between R3's Corda and private blockchains may be only the beginning of the progress of its cross-asset interoperability. Mr. Crooks teases more ERC-20 (Ethereum-like) assets to be added into Corda's mechanisms.

XinFin co-founder Atul Khekade decided to frontrun regulatory concerns about the possible interaction between public and private blockchains. He stressed that, unlike other blockchains, all validators of his blockchain undergo KYC checks:

The validators have to lock 10 million XDC tokens  to be a validator and must attach their own KYC to the node.

Nevertheless, XinFin remains a decentralized platform as no one controls its block confirmations with a centralized entity.