Will Tesla's Reversal on Bitcoin Halt Institutional Adoption of Bitcoin? 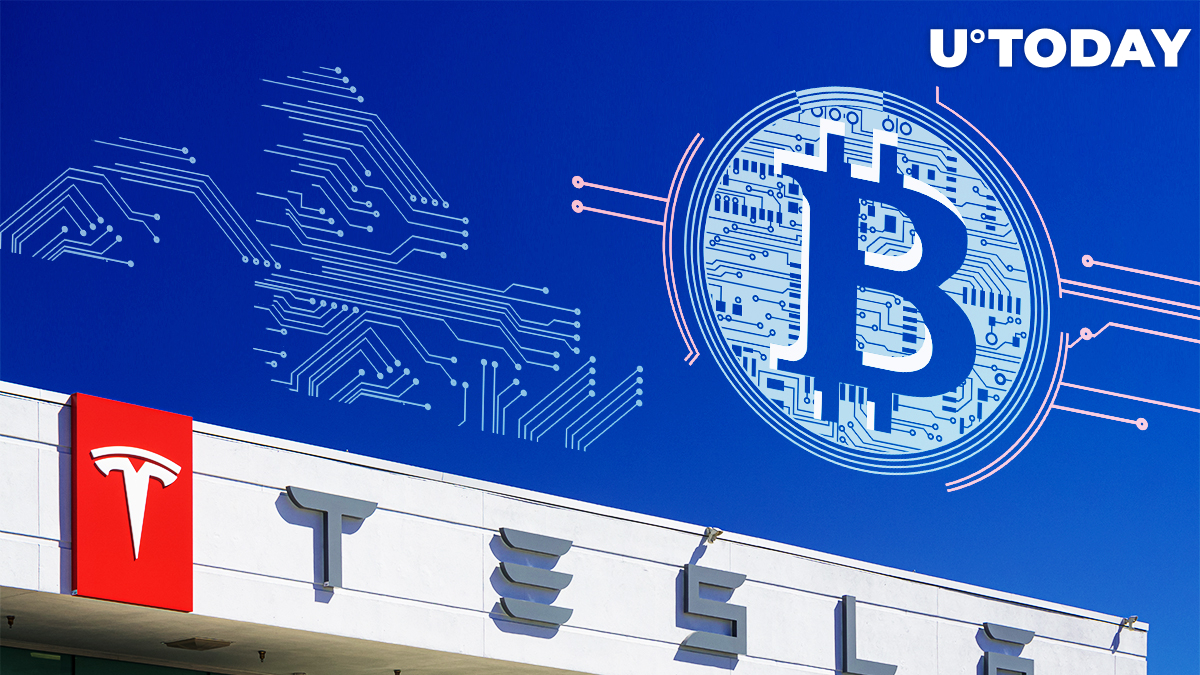 This has largely been driven by Tesla CEO Elon Musk's decision to stop allowing Bitcoin as a form of payment for his automobiles.

Tesla has suspended vehicle purchases using Bitcoin. We are concerned about rapidly increasing use of fossil fuels for Bitcoin mining and transactions, especially coal, which has the worst emissions of any fuel. Cryptocurrency is a good idea on many levels, and we believe it has a promising future, but this cannot come at a great cost to the environment. Tesla will not be selling any Bitcoin, and we intend to use it for transactions as soon as mining transitions to more sustainable energy. We are also looking at other cryptocurrencies that use <1% of Bitcoin’s energy/transaction.

He then went on to cite a graph showing the increasing energy usage of mining Bitcoin. Musk later suggested in a Twitter reply that Tesla may have or did sell its Bitcoin holdings. This further caused the price to tank.

While he later clarified that Tesla has not sold its Bitcoin, his reasoning brought up many environmental concerns and the concern that a cryptocurrency's price could be so heavily influenced by one person. Some have speculated that institutions, who have only just recently accepted crypto in some form, will reverse or slow their adoption of Bitcoin. While the past couple of days may delay some institutional adoption of Bitcoin in the short term, in the long term, investors should not worry that Bitcoin will fail to be adopted by institutions.

Tesla is only one firm

Elon Musk's decision to suspend Bitcoin payments called into question the adoption of Bitcoin as a means of purchasing goods. However, research by the Nasdaq suggested that 90 percent of consumers had some interest in Bitcoin products. The thing holding these people back is education on crypto and how to get into it. However, fintech companies like Venmo, PayPal and Cashapp are all now rolling out the ability for consumers to purchase Bitcoin. Currently, 17 percent of Americans own crypto,  and as it becomes easier to purchase, more firms are likely to accept it as a form of payment. Already some athletes are accepting payment in the form of Bitcoin over USD.

For proof, look no further than its recent and growing adoption by bulge bracket banks. Goldman Sachs recently established a crypto trading desk and derivatives tied to Bitcoin's price.

Bank of America refuses to allow its wealth management team to advise clients in crypto; however, its CEO came out and said they were open to rethinking this 2018 policy.

People should not be concerned that not every bank has started offering these products yet. It needs to be noted that these are large publicly traded companies that cannot just start offering Bitcoin products immediately. Offering these products drastically changes the risk profile of the firm. It was not too long ago when these same investment banks watched AAA-rated collateralized debt obligations fail, causing the Great Recession. Banks know there is a high demand for these products, causing many to offer them and others to start their due diligence and research the possibillity.

What could accelerate the institutional adoption of Bitcoin is inflation fears

It has long been argued by Bitcoin bulls that its use case as a store of value would allow buyers to hedge against the inflation of the US Dollar. For most of Bitcoin's lifespan, there has never been a real concern of widespread inflation. The Federal Reserve announced in 2012 that it was targeting a yearly inflation rate of two percent, and it has largely fallen short of this target. However, a global pandemic called for unprecedented inflows of cash into the economy. In October 2020, 22 percent of all US Dollars in circulation had been created during 2020. We have not seen massive inflation yet because the economy was largely closed, and people could not go out and spend this money. As the vaccine has rolled out and stores have opened, concerns about inflation have been raised by many investors. The Federal Reserve has largely dismissed these claims, but the monthly inflation rate is already sitting at double the target for this year. Countries that already struggle with inflation, like Argentina and Venezuela, showed increased trade volumes of Bitcoin when their local currency fell in value in comparison to the US Dollar. Unfortunately, infrastructure in these countries also makes purchasing the currency difficult. Recent widespread adoption by apps like Venmo, PayPal and Cashapp will make it incredibly easy for US investors to hedge inflation by purchasing the digital asset. If inflation continues, institutions may also want to protect their clients, which would further accelerate the adoption of Bitcoin by institutions.

Not every institution needs to adopt Bitcoin

During a recent interview, famous hedge fund manager Bill Ackman was asked about his views on crypto and if his fund would invest. He said he is fascinated by the technology but that he would not invest his own funds into it. Other famous hedge fund manager, like Carl Ichan, have said similar things. This does not spell the end of the institutional adoption of Bitcoin. Bitcoin is not a stock or a bond. The Ben Graham era equity investors are not going to make a foray into a currency. What we will see and what we have seen are crypto-specific hedge funds and investors like Cathie Wood that have an investing philosophy that Bitcoin fits into, as seen in her investment in Grayscale.

Investment banks are helping firms like Coinbase grow through capital markets and M&A. Coinbase announced that it is raising capital with convertible bonds. Since the IPO, it has been widely known that investing in Coinbase was an indirect investment in Bitcoin and crypto. The institutions buying these bonds are knowingly indirectly making an investment that has exposure to the price of Bitcoin and market demand for Bitcoin and crypto.

While institutional adoption of Bitcoin may endure a small setback from Tesla, overall its implementation will not slow down.

About the author
Victoria Arsenova (Vaughan)

Victoria has joined blockchain space in 2013 and was a CEO at Cointelegraph for several years, bringing the company into top positions on the market.

She has also contibuted to success of such well-known brands as Bitcoin.com Exchange, Scalable Solutions and many others.