Alex Dovbnya
Tommy Robinson receives over £20,000 in Bitcoin from right-wing supporters appalled by his imprisonment 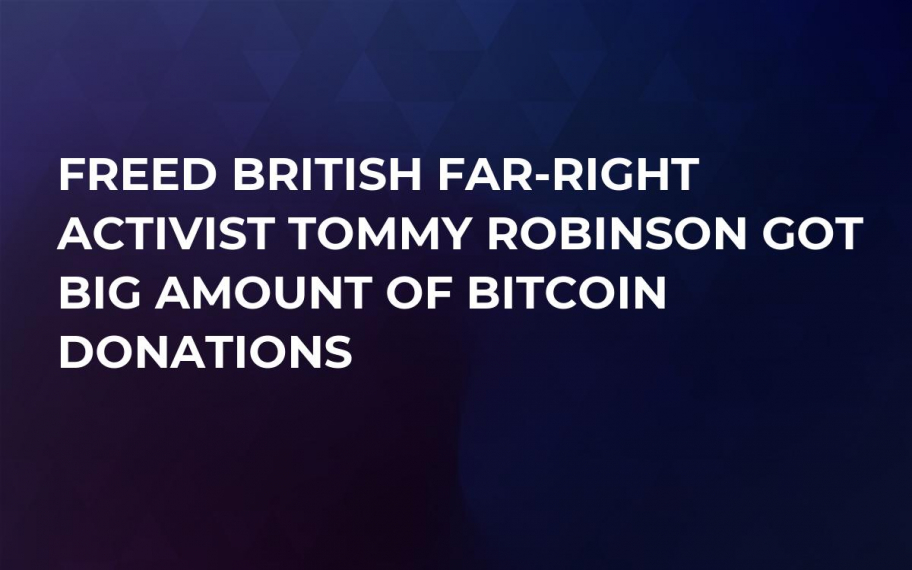 Press Association reports that Tommy Robinson received more than £20,000 of donations in Bitcoin. The far-right politician, who is famous for his anti-Muslim and nationalistic stance, has been recently freed after a high court ruling.

What is behind Tommy’s imprisonment?

Ex-EDL leader Tommy Robinson is considered to be one of the most divisive figures on a British political landscape. Many British citizens portray him as a martyr, but some people on the left find his anti-Muslim stance hateful and unacceptable.

On May 25, the news about Robinson’s arrest and imprisonment over ‘breaching the peace’ outside the court during his coverage of a child grooming trial sent shockwaves around the globe. Many prominent conservatives were outrageous, including Donald Trump Jr. (Donald Trump’s son) and Dutch MP Geert Wilders who later gave a speech at one of #FreeTommy rallies in London.

After receiving enormous support from the international community, the right-wing activist has been recently released from jail (he was originally supposed to serve 13 months). Now, Robinson is more popular than ever with a significant surge in social media following.

He is also getting plenty of financial contributions, including Bitcoin. According to the recent PA research, the far-right figurehead has received more than £20,000 since his imprisonment from supporters around the globe (the largest contribution amounted £5,500 pounds). Robinson's Bitcoin wallet address is posted on his YouTube profile where he asks for contributions. The largest amount of these payments came during the week of Robinson's imprisonment when he was getting massive coverage and a lot of people viewed it as a direct threat to free speech.

The fact that Robinson got a substantial amount of donations in Bitcoin is not, in fact, surprising, since supporters of the far-right, who get constantly marginalized by the mainstream media, tend to use decentralized and anonymous cryptocurrencies in lieu of traditional payment services. An infamous American white supremacist Richard Spencer has already named Bitcoin the currency of the alt-right.

Bitcoin is the currency of the alt right.