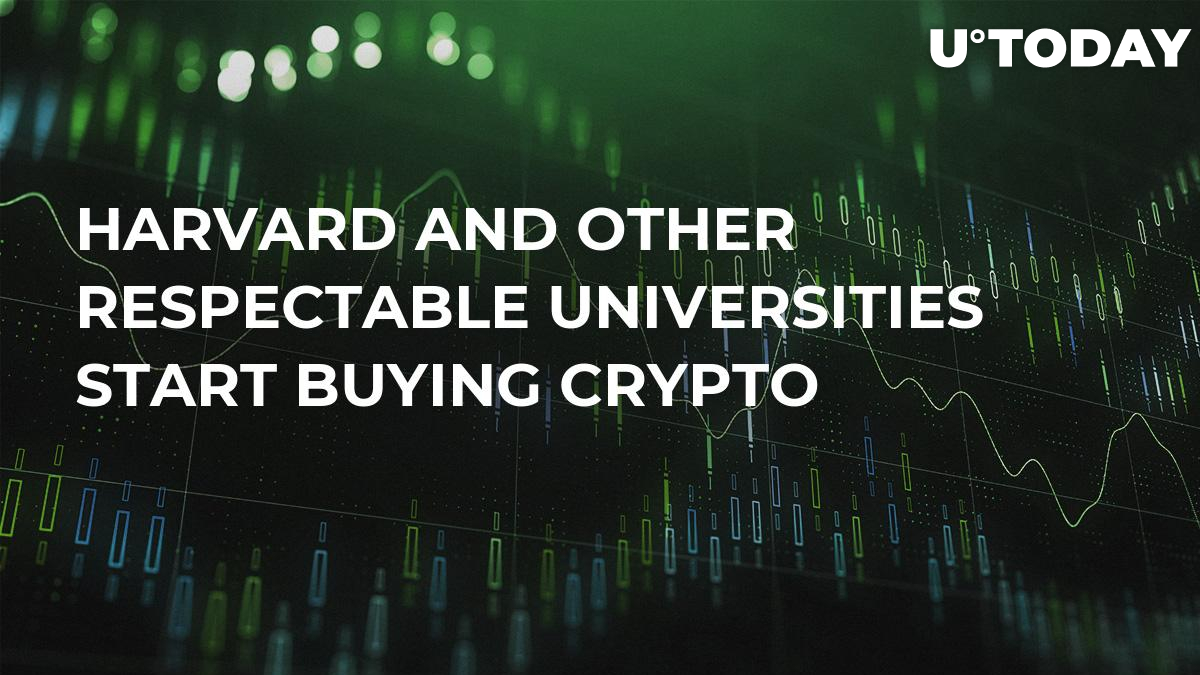 The wave of investment in virtual coins seems to have rolled up to large educational institutions of the US. Word has been spread that Harvard, MIT, and Stanford, among a few other large universities, have given their endowments to put in crypto funds.

Whales of the education business are slowly accepting crypto

The other universities are Dartmouth College and the University of North Carolina. All five institutions are reported to have invested in at least one fund dealing with crypto assets. Their investments amount to dozens of millions of USD.

Earlier this year, it became known that Yale University, which operates the biggest endowment after Harvard, also put slightly under $30 bln in two funds working with crypto coins.

Despite these steps taken by the world’s leading universities, their investments are tiny on the global scale. Still, experts believe that their contribution can help make the industry legitimate.

Reputable experts, like Mike Novogratz, have been of the opinion that the next crypto bullish wave would be provoked by the contributions of financial institutions. Other analysts also mentioned throughout the year that several financial and educational institutions that usually invest in tech giants are just waiting for bigger players, like Yale or Harvard, to make the first move and buy crypto.

Related
BlockSocialChain: How Blockchain Can Become a Tool for “Little Man”

Besides, a recent poll made by Fundstrat found out that large hedge funds that have already joined the line of crypto holders are much more optimistic than ordinary retail investors regarding the future development of the crypto asset market.