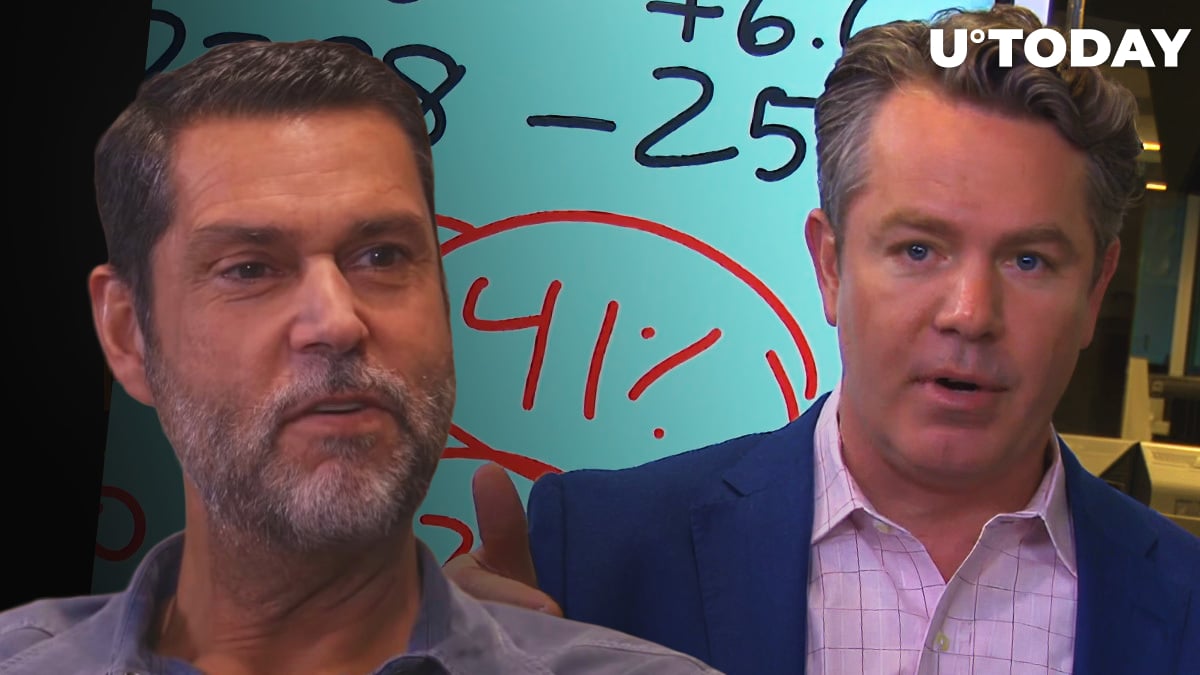 In light of the current equity market decline and the coronavirus pandemic, many started selling their BTC thus causing a major sell-off that pushed the price down 50 percent in just several hours last week.

However, some people just use Bitcoin since they believe it to be a regular tradable commodity. One of them is the CEO of Hedgeye Risk Management, Keith McCullough. At the moment, he shows a deeply bearish sentiment.

The founder of Global Macro Investor, Raoul Pal, is ultra-bullish, as U.Today reported earlier. These two people get on well, as per McCullough’s tweet, however, their bets on Bitcoin seem to have clashed.

‘I was bullish until February’

Keith McCullough has taken to Twitter to say that until February, he was bullish on Bitcoin. However, he sold it in order to hedge risks.

I was bullish on Bitcoin until FEB, then sold it because my risk mgt process told me to https://t.co/2UCHMCjscr

In an earlier tweet, McCullough explains his take on Bitcoin, saying that this is ‘just like any other commodity that trades’. He neither loves or hates it. However, he says that no traders are so passionate on Cocoa as they are on BTC. Why would Bitcoin be an exception?

Cocoa and cattle (which I go bullish to bearish on as well) aren't "hated" on either. Bitcoin is just like any other commodity that trades - why isn't there such passion for Cocoa? Chocolate is a Secular Grower! https://t.co/2GqcRHr76A

‘I cannot express how bullish I am on Bitcoin’

Raoul Pal, founder and CEO of Global Macro Investor, has a different view of Bitcoin – he is extremely bullish long term as he tweeted on Thursday.

He also stated that the trust to the current financial system is lost, even though the US government will likely find a way to restore it.

When a Twitter user mentioned Pal’s take to McCullough, the CEO of Hedgeye Risk Management said that he and Pal are on good terms, however, their approach to Bitcoin does not have to be the same. 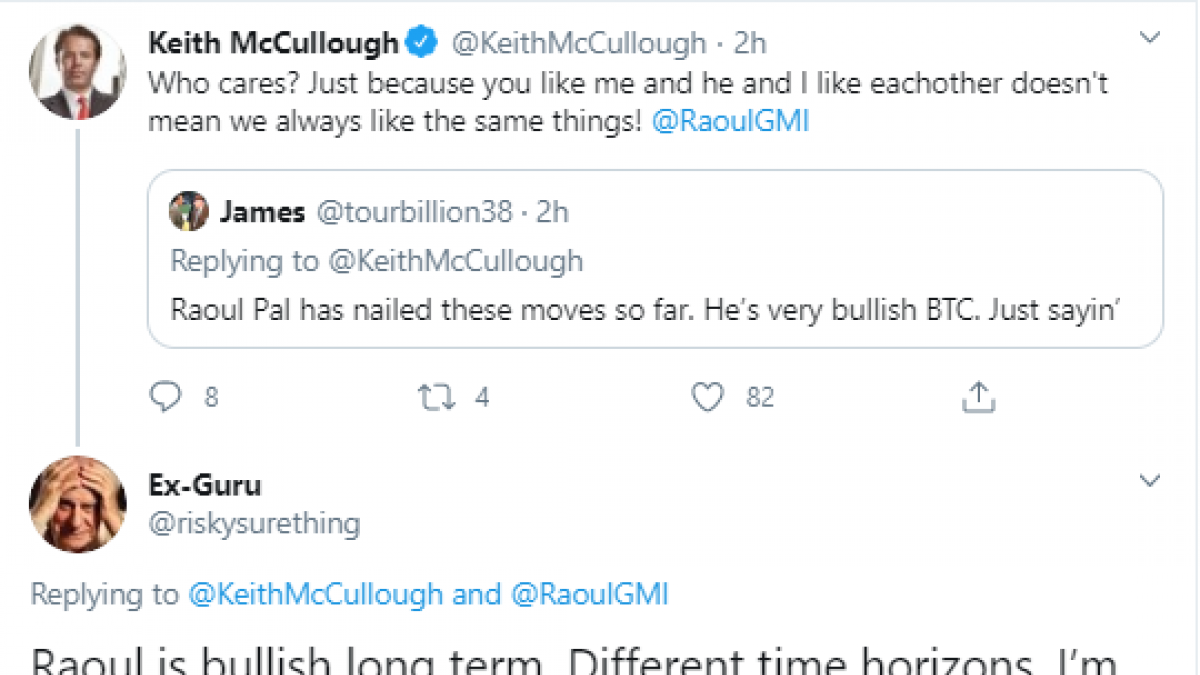