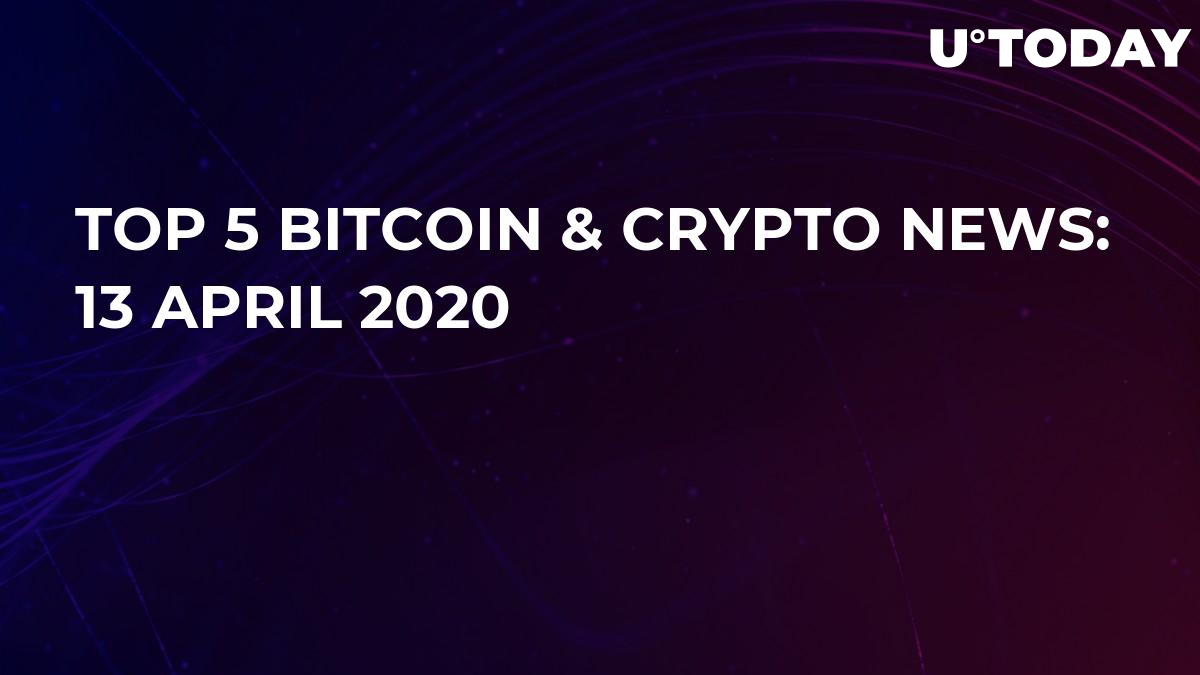 As for news within the crypto world, some of U.Today’s major headlines include an XRP price prediction, the Bitcoin (BTC) Halving event not following the pattern of Bitcoin Cash (BCH), the active supply for Bitcoin (BTC) hitting a new all-time high (ATH), Bitcoin (BTC) fixing the global reserve currency dilemma, and the Chinese government speeding up its adoption of blockchain technology.

Over the weekend, XRP tried to take advantage of the $0.187 support level and return to the limits of the ascending green corridor. However, this did not occur and resulted in a pullback to the $0.180 level.

If buyers are able to restore the price of XRP above its $0.187 support level, then they may be able to gain a foothold for a short time in the lateral range. However, a decline may continue towards the $0.172 area.

Looking at the daily chart, XRP has remained above the rising channel, resulting in a short-term bearish trend. The current drop is the result of a fall in trading volume and a support level between $0.16 and $0.1650. If the volume remains at the same level, then sellers may be to reach this support within days.

Matti Greenspan, Founder of Quantum Economics, believes that Bitcoin (BTC), Bitcoin Cash (BCH), and Bitcoin SV (BSV) are in different leagues. According to Greenspan, BCH’s halving has nothing in common with the tokenomics sense of halving (‘quantitative hardening’). BTC’s halving is ‘real’ as it will bootstrap the digital asset’s scarcity and catapult the price.

The halving of BTC is fundamentally different than that of BCH in that BTC is the embodiment of digital scarcity and BCH represents free money created on the back of bitcoin.

So I view the two events as diametrically different from a tokenomics perspective. https://t.co/luozbAZzS8

After its halving, BCH tanked 83%. This resulted in a 51% increase of a probable attack as the cost a hacker would have to pay to successfully complete such a task dropped to $7,550 per hour.

BSV miners moved their capacity to the BTC network due to its unprofitability. This resulted in a hash rate crash for both BCH and BSV below 1 EH/s.

New data from Glassnode reveals that investors have been actively moving Bitcoin (BTC), and that crypto exchanges are losing their status as popular locations for crypto storage. The active supply for BTC has surged over the past three months, hitting a new all-time high (ATH) of 1,698,181,749. This seems logical with the upcoming BTC halving, which takes place on May 12.

With a surge in the number of wallets containing more than one BTC, Glassnode also reported a decline in the number of BTC exchange deposits over the last three years, reaching an all-time low (ATL) of 777,333.

According to Twitter user @im_goomba, BTC’s dominance has dropped and may see another decline soon.

In a recent tweet, Preston Pysh, Founder of BuffettsBooks.com and videos on financial investing, mentioned the Triffin Dilemma (Triffin Paradox), a major economic problem that economist Robert Triffin says is connected to the US Dollar (USD) being the global reserve currency. To solve this dilemma, Triffin suggested introducing a special international currency that not be pegged to the USD or gold.

Unlike the USD or any other currency, there are only 21M Bitcoins programmed into circulation. With each new halving, the amount of new BTC in circulation gets cut in half, making it a deflationary currency.

As previously reported by Reuters, a group of central banks are about to start creating a central bank digital currency (CBDC) in order to solve the setbacks in the financial system brought on by the COVID-19 pandemic. This could be rolled out within the next three years.

In Shenzhen, China, the government of the Nanshan District has inked a deal with Huawei in order to help propel the adoption of blockchain and other cutting-edge technologies such as 5G and big data. According to the Global Times, the city will become a model for the semiconductor industry.

#Huawei and Nanshan government of #Shenzhen signed an agreement Friday to establish #Kunpeng industrial demonstration zone to accelerate the application of #blockchain, artificial intelligence, big data, and #5G, and forge the city into a model area for the #chip industry. pic.twitter.com/lazdU6b437

As previously reported by U.Today, the People’s Bank of China (PBoC) teamed up with Huawei to start testing its own digital currency in Shenzhen and Suzhou with major commercial banks and other industries such as healthcare.

While China is yet to change its attitude towards Bitcoin (BTC), blockchain technology does hold a lot of promise for the Communist State. In 2019, China accounted for 22% of all blockchain-related VC deals.