Top 10 Most Profitable Cryptocurrencies of All Times

Alex Dovbnya
?Did you invest in a cryptocurrency project from the get-go?✅ Find out how much you earned or lost after the initial investment 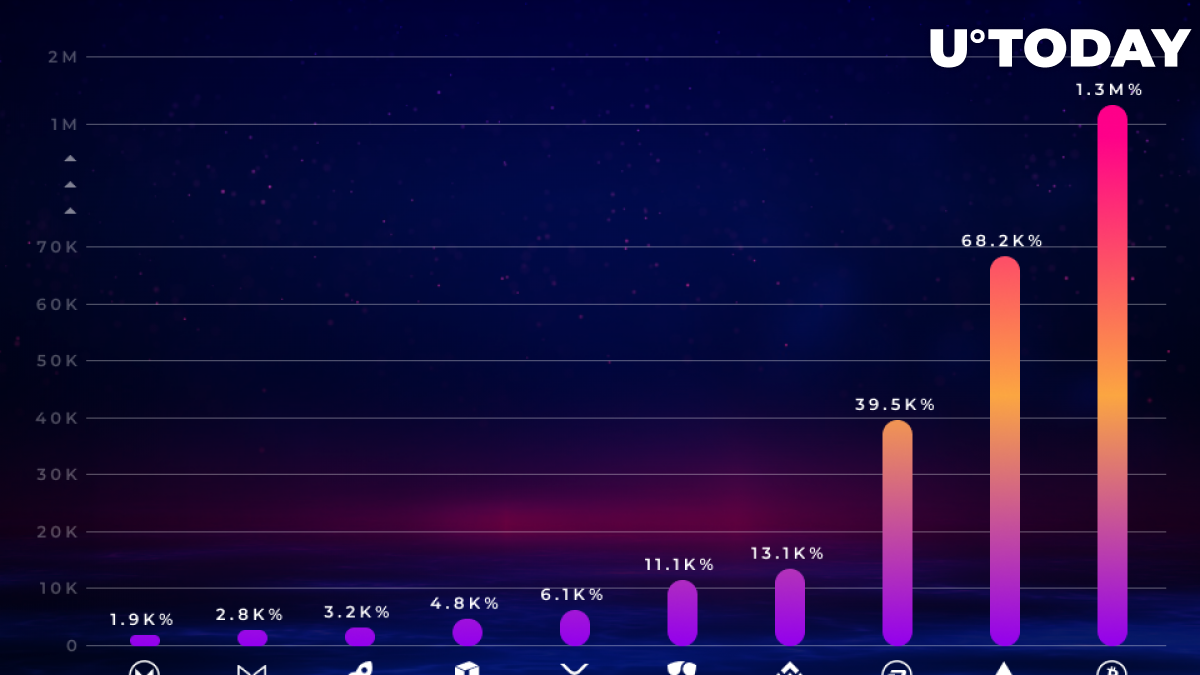 DataLight has compiled the list of top 10 most profitable cryptocurrencies of all times. Bitcoin, which topped the list with a mammoth-sized lead, would have given you a 1.3 mln percent return on your investment (ROI) if you were among the earliest adopters.

From rags to riches

Bitcoin, the very first cryptocurrency, was listed on an exchange for the first time in June 2010 at the price of $0.30. At the time of writing this article, BTC’s price is comfortably sitting at $3,946.09 while struggling to surpass the psychologically important mark of $4,000.

Binance Coin (BNB), NEM (XEM), and XRP (XRP) are also among the top 10 most profitable coins.

Meanwhile, Zcash (ZEC), Bitcoin Gold (BTG) and Bitcoin Cash (BCH) are the currencies with the biggest loss. ZEC started trading at $4,293 in 2016 while currently trading at $50.82, which gives us a 98.82 percent drop. However, the coin did increase its CMC position as its supply started growing.

There are ten currencies in the top 30 that decreased in value after their initial listing.