Time up for Indian Cryptocurrency Exchanges? 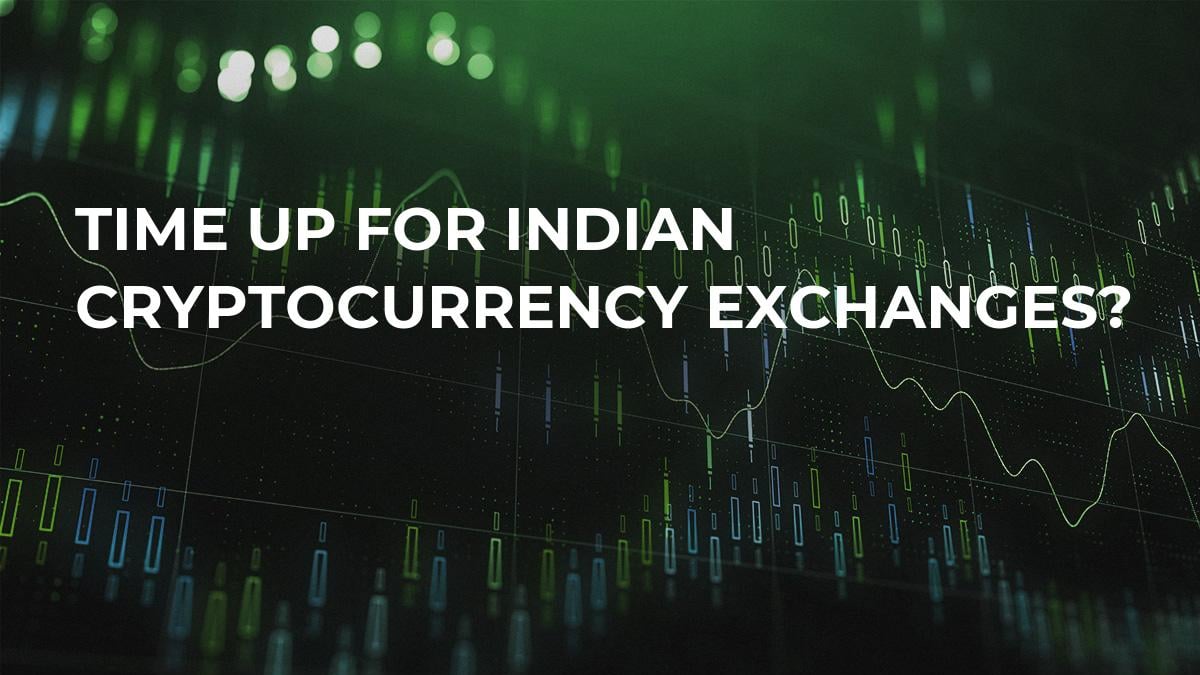 Nothing could be murkier than Indian regulatory systems, which seemingly are based on opacity and lack of consistency.

The Reserve Bank of India (RBI)- India’s central bank, which was previously involved in a massive demonetization of 80 percent of circulating high denomination currency in November 2016 causing months of misery for Indian citizens has blocked banking services to cryptocurrency businesses like exchanges through a circular issued in April 2018.

The Indian central bank gave investors in cryptocurrencies as well as exchanges only three months to wind up their connections. It is amidst this backdrop that many of the affected parties have taken their grievances to various Indian courts hoping for relief.

Previously, Kali Digital Ecosystems, a Gujarat based company has already gone to the Delhi High Court. NDTV, an Indian news network reported that the company sought quashing of the RBI circular on the grounds that it is, “arbitrary, unconstitutional and violative of the constitution.”

The Indian Supreme Court, which has according to inc42.com clubbed together all the cases related to cryptocurrency filed by various firms, enthusiasts and organizations like Internet and Mobile Association of India (IAMAI) has also refused to grant any injunctive relief to cryptocurrency businesses.

In order to understand the legal ramifications of the actions of the Indian Supreme Court as well as RBI, we talked with Mohammed Danish, Advocate and a crypto regulatory analyst as well advisor to Crypto Kanoon, a research-based initiative to educate the crypto community about the legal issues and consequences thereof involved in the unregulated crypto space.

Danish explains the ramifications of the Supreme Court’s decision on refusal to grant an injunction: “The Supreme Court has declined the request for an interim injunction against the RBI banking restriction but at the same time it has put forth the idea that exchanges can make representation directly to the Regulator.”

However ,he adds there may still be hope for exchanges:

“Consequently, few exchanges made a representation to the Reserve Bank outlining the KYC and AML (Anti-Money Laundering) guidelines currently followed by them with the suggestions to improve the same.”

According to Danish, exchanges have also suggested the RBI to include financial products like Cryptocurrency insurance to ensure Consumer Protection: “While requesting for extension of 5th July deadline of a total exit of banking services, the exchanges have further pledged to include in their working, any further suggestion by RBI.”

Impact will be felt by crypto users and traders

The impact of RBI’s move would be felt by both crypto users as well as the traders of cryptocurrencies. Here the position that RBI has taken is covered in detail.

According to Danish, RBI’s restrictions have already prompted investors and traders to tap alternative means to convert their cryptocurrency into fiat and exposed them to the risk of losing their holdings.

Many of them are forced to move to peer-to-peer websites such as localbitcoins.com to exchange coins for the local currency.

On these websites, the rates may not be based on current market trends. It has given rise to grey market tactics to liquidate digital assets involving direct cash transactions between peers, leading to huge black market.

Despite the murky waters in which crypto investors swim in India today, there is hope that things might clear up once the government of India creates regulations surrounding digital currencies.

Danish says that the large volumes of global crypto trade that occurs in India may be one motivating factor. He takes a hopeful line on the future of cryptocurrencies in the subcontinental country as he says, “India contributes close to 10 percent of global trade volume in Bitcoin and surge of trading volume can be witnessed despite unfavorable regulatory climate in India. The future of cryptocurrencies is going to be very bright due  to its demographic advantage.”

The Indian Government had constituted an Inter-Disciplinary Committee that comprises of representatives from all the relevant Ministries and regulatory agencies. Their task is to examine:

Then the said committee is to submit its report.

Moreover, the Government, though imposed banking restriction in the name of consumer protection, has not given any adverse indication to delegitimize cryptocurrencies in India as it could have, otherwise, shut down the exchanges which did not happen.

Furthermore, the Reserve Bank in its reply submitted to the Supreme Court has stated that it cannot unilaterally decide on the legality of Bitcoin. In view of the aforesaid, it can be safely expected that the Government will bring a legal framework to regulate cryptocurrencies in India.”

Confounding as it may seem, the Indian government has taken a strange stance that while they want to encourage Blockchain, they want to have nothing to do with cryptocurrencies. However it may be possible that the country would emerge through this contradiction and finally be able to accept the idea of digital currencies.

Niti Aayog, Government's policy think tank, is also working to put the entire inventory of drugs made and consumed in the country on Blockchain with an intent to crack down on counterfeit and spurious drugs. So it may be through blockchain technology and tokenization that India finds its way to cryptocurrencies.

However, the final decision of the Supreme Court with regards to the circular of the RBI banning financial institutions and banks from dealing with cryptocurrency entities would have a landmark and important effect on the future of cryptocurrencies in India.

About the author
Shivdeep Singh

Shivdeep Singh is a journalist specialising in cryptocurrencies, blockchain and other emerging disruptive technologies. He has been featured in several leading publications and is focussed on high growth markets in the Asia-Pacific particularly India and Japan. His other interests include micro-finance, risk management and personal finance and he has written on these topics for more than a decade.