Yuri Molchan
Here are three main reasons why, earlier today, the second largest crypto broke out to reach the $491 high 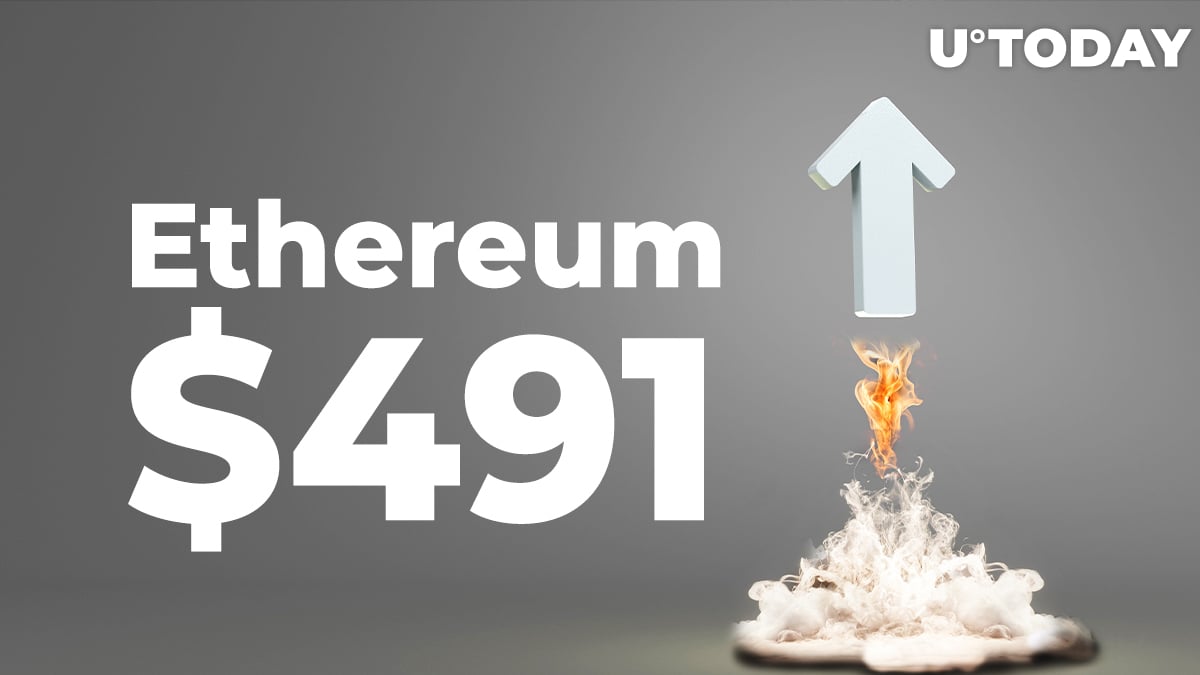 This morning, the second biggest cryptocurrency on the market—brought to us by Vitalik Buterin—surged to a high unseen since early 2018: $491 per coin.

Subsequently, ETH made a rollback to the $465 level but, since then, it has climbed back to the $480 area. Here are three main possible reasons for the ETH surge. But the one above all is the recent Bitcoin surge to over $18,000.

Decentralized finance apps have been on a tear this year. Since most of them are Ethereum-based, this has been pushing the utility of ETH and Vitalik's platform forward. Tremendous amounts of ETH have been locked in DeFi apps for staking, also known as "yield farming."

Uniswap, SushiSwap, Yearn.Finance, Wrapped Bitcoin and Chainlink-based projects have been among the hottest projects this year—all of them based on Ethereum.

About a month ago, crypto whales transferred a total of over $50 mln worth of ETH to this decentralized exchange.

Recently, however, there has been an outflow of ETH from Uniswap due to the recent close of the yield farming it offered.

On Nov. 4, the deposit contract for Ethereum 2.0 phase 0 was launched. The Ethereum Foundation announced that the required deposit from future stakers was at least 524,288 ETH, since Ethereum 2.0 intends to switch to the PoS consensus algorithm.

The minimum amount required from a validator is 32 ETH ($15,175 at the current exchange rate).

The expected launch of Ethereum 2.0 was initially Dec. 1. However, during the first week after the start of the contract, only 10 percent of the necessary amount was deposited.

Today, Glassnode agency reported that almost 20 percent of the obligatory ETH amount has been sent to the contract: 100,000 coins.

Some, including crypto expert WhalePanda, believe that the ETH 2.0 launch might be delayed further still, not only because of slow deposits to the contract, but also because the network may prove too weak to handle the growing DeFi power and scale.

However, expectations about the Ethereum 2.0 launch have been a major driver for ETH throughout the year.

Related
Mike Novogratz Got His First 500,000 ETH from Vitalik, Planning to Buy Jet Plane with 30,000 BTC

Another positive factor is that, this year, financial institutions have been actively purchasing major cryptocurrencies, including Bitcoin and Ethereum.

On Nov. 3, it was reported that Grayscale had by then held 2.13 percent of all circulating ETH under its management.

Many institutions, however, that are not public, have also been acquiring Bitcoin and Ethereum as two of its major assets.

In addition, Bitcoin billionaire and ETH holder Mike Novogratz has recently admitted he was the first Wall Street person to get half-a-million Ethereum in its early days of 2015.

Overall this year, ETH has demonstrated a rise by 262 percent compared to Bitcoin's 142 percent, though the growth of ETH has been slower than that of Bitcoin.