Yuri Molchan
Analyst has shared that Grayscale now holds 2.13 percent of all circulating Ethereum apart from 2.59 percent of Bitcoin in circulation; interest in ETH is rising 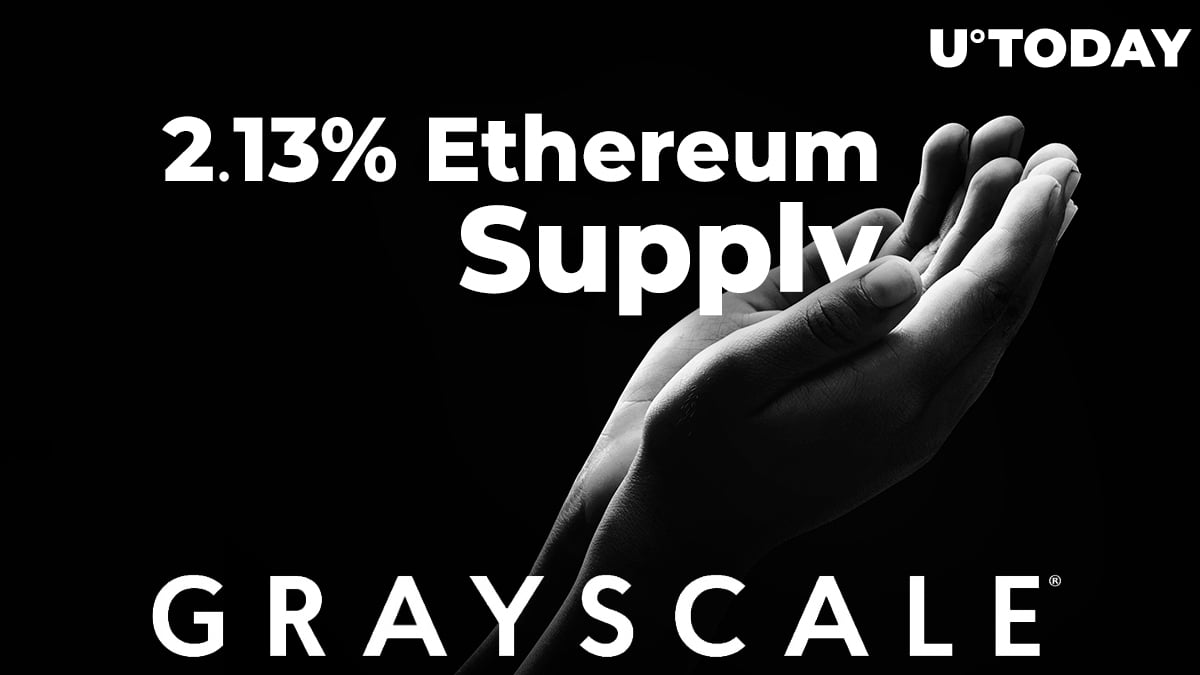 Financial analyst Ian Dyer has tweeted that the Grayscale fund now holds 2.13 percent of all Ethereum in circulation after it bought another 75,419 ETH on Monday.

Grayscale owns 2.13 percent of ETH as interest in ETH rises

Financial analyst and editor at Banyan Hill Publishing, Ian Dyer, has shared that, on Monday, Nov. 2, Grayscale fund made a large Ethereum acquisition on the market, adding 75,419 ETH to ETHE.

Now, according to the analyst, the fund holds approximately 2.13 percent of all circulating Vitalik Buterin-made coins. Grayscale set up its ETHE and began collecting Ethereum last year.

An anonymous management consultant has added that the premium asset Grayscale holds is Bitcoin and that, by now, GBTC contains approximately 2.59 percent of all Bitcoin in circulation after running GBTC for five years.

This year in particular, Grayscale has been acquiring the flagship digital currency quite aggressively.

Interest in Bitcoin surges as well

According to the recent Grayscale report, Bitcoin is heading toward mainstream demand. Previously, only a limited pool of market players wanted to acquire BTC. In 2019, there were 21 million of them.

This year, though, this number has increased to 32 mln, and 62 percent of participants are aware of Bitcoin; in 2019, there was only 53 percent.

Many new financial institutions have been eyeing Bitcoin as a safe haven this year due to the pandemic that brought on a global economic crisis and due to tremendous quantitative easing actions in the U.S. (where over $6 tln has been printed), Canada, Europe, the U.K. and others.

In the second half of this year, two major companies allocated a small part of their funds into Bitcoin.

Business software giant Microstrategy acquired Bitcoin for $425 mln, and Jack Dorsey-led Square allocated $50 mln in Bitcoin. PayPal has recently also announced that it intends to allow its customers to trade Bitcoin, ETH, BCH and LTC and, as of next year, these cryptocurrencies will be allowed as payment units for over 26 mln merchants—PayPal's partners.

On the wave of the rise in interest, on Saturday, Bitcoin briefly surged above the $14,000 level for the first time since January 2018.