The Deceptions of Space, or the Not-So-Great Combinators 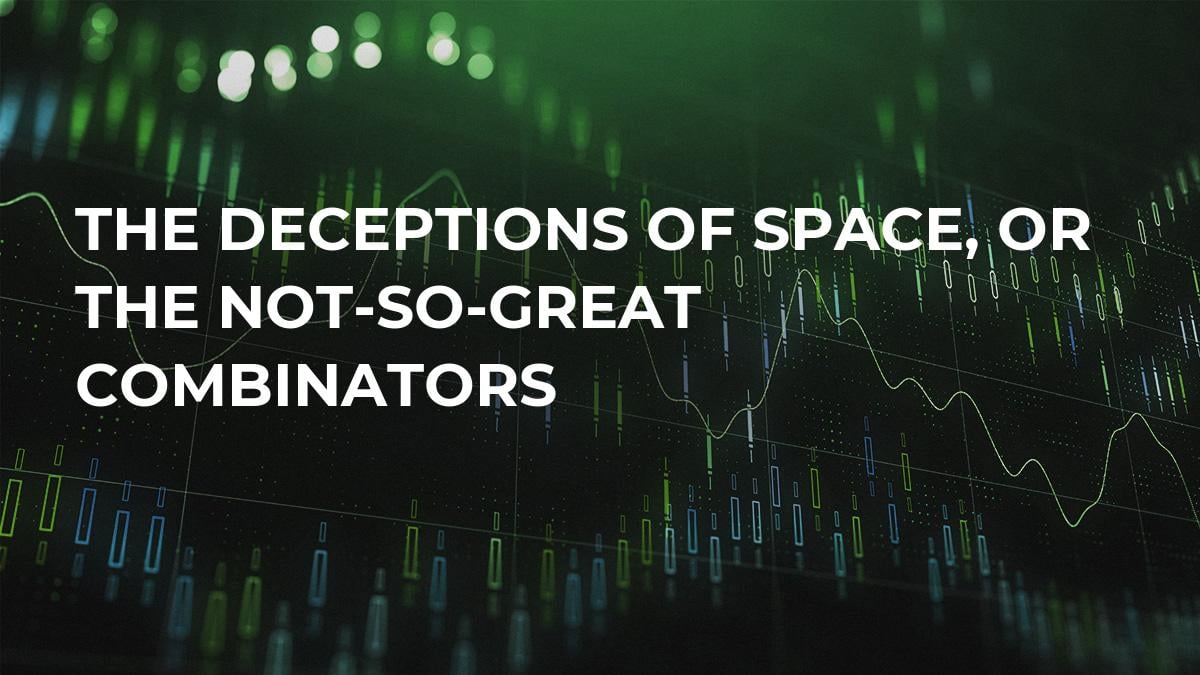 It is generally believed that outer space is the realm of honest business. However, like any field where big money is involved, the cosmic sphere breeds its own combinators – some are great, and some underwhelming. Some bring to market projects that are clearly unrealizable, earning points for cheap self-promotion. Others engage in open robbery, taking advantage of the overly credulous public.

In 2013, an unknown company by the name of One Mars launched a crowdfunding on Indiegogo, with the “modest” goal of creating an inhabited station on Mars. Investors were invited to contribute toward the first stage of the program: the launch of the landing station and satellite mission in 2018. The total amount required was set at $400,000.

The fact that the budget of similar Martian projects amounted to billions of dollars didn’t seem to faze investors. The project collected 78 percent of the goal, or $313,744.

The year 2018 arrived. In a March interview, the founder of the company Bas Lansdorp said that despite slight financial difficulties, the first phase of the project was successfully completed, and the second phase was set to begin in 2019.

So, what had One Mars accomplished in those five years? Conducted an online registration for enthusiasts who wanted to participate in the program (gathering 202,586 applications). Collected entry fees, which ranged from $5 to $73, depending on country of residence (4227 payments). That’s it. Oh, yes: also, every year, Lansdorp dutifully announced the postponement of the project for 1-3 years.

What next? The participants have been gathered, all that remains are mere trifles:

It is not surprising that One Mars is not getting anywhere and never will.  What is surprising, is that so many people were able to take this nonsense seriously.

They were not concerned that a startup with $300,000 is puffing out its chest and entering a market populated by government agencies and international consortiums with a total capital in the tens of billions of dollars.

They were not bothered that the technology required for establishing a protected living station on Mars which could house humans self-sufficiently did not exist in 2013, nor does it exist now. In fact, it is a mystery what these people were thinking.

In the context of such glaring inconsistencies, allegations that One Mars was insufficiently thorough with selecting participants and paying for their interviews are particularly absurd. It’s akin to a serious discussion of the technical challenges of an automobile when only its horn is available for inspection.

The second story can readily serve as a script for a suspenseful drama series. HBO and Netflix are clearly missing an opportunity here.

It began beautifully. In September of 2014, the non-profit company Spaceship Earth Grants announced the launch of a worldwide competition, the winner of which would go to space – free of charge. In the course of four months, anyone could register for the program by paying an entrance fee of $15 to $90, depending on the level of their country’s financial well-being.

In order to deliver the winner to space, the company was planning to use the services of the space tour operator Virgin Galactic – later, this was replaced by a vague statement to the effect that the journey would take place "on any ship that will be available." The participants were promised one space flight per every 50,000 applications.

It would seem that at this stage it would be easy to understand who we’re dealing with. Virgin Galactic sold space voyage tickets for $250,000 apiece. Given the formula "one per 50,000" and the average amount of the entrance fee ($50), it's easy to calculate that in an ideal scenario, the founders of Spaceship Earth Grants planned to collect at least $2.5 mln and keep 90 percent of that amount as profit (not counting insignificant expenses for internet PR).

But the principle of “free lunch” worked: several tens of thousands of people from all over the world applied to the program.

Over the course of six months, the organizers listlessly moved the participants through rounds of preliminary screenings and on June 12, 2015 suddenly announced a merger with the similar Rising Star program run by the Kruger Cowne company. SEG participants were encouraged to re-register on the site of the new program.

After that, Spaceship Earth Grants quietly left the stage. On Oct. 3, 2015, its Facebook account produced the last squeak of joy over the selection of Rising Star finalists, and hasn’t shown any signs of life since. Curiously, it still has 22,466 followers – either they didn’t bother unfollowing, or they remain believers in the possibility of a free lunch…

The second participant of the combination, Kruger Cowne, comes to the fore.

The business model on which the Rising Star Spaceflight Contest was based was a carbon copy of the one used by Spaceship Earth Grants.

The only difference is that Kruger Cowne’s technical partner was XCOR Aerospace which had been working on the creation of the Lynx jet spacecraft, capable of climbing up to 100 km above the Earth's surface.

The Rising Star program went further: having joined its clientele with the participants of Spaceship Earth Grants, the organizers held a semi-final round of applicant selections, and announced the results at the youth forum One Young World on Nov. 25, 2015. The lucky winner was 24-year-old Hussein Manaver from the London suburb of Ilford.

It seemed that in just a little bit of time, and the fairy tale of The Little Prince in Space would become a reality. But then, it was time for the third act of the long game.

After six months, in May of 2016, XCOR Aerospace announced that it was suspending work on the Lynx spaceship and letting go 3/4 of its employees. In 2017 the company was declared bankrupt. In short, they all died.

According to the laws of the drama series genre, at the end of each season, there should appear an element of suspense, hinting that the next season is just around the corner. This rule has been followed in our story, as well. After XCOR’s bankruptcy, most of its assets went to the non-profit organization Build a Plane, which, by a strange coincidence of events, is not occupied with engineering and development, but ... with educational space programs for young people.

Any spoilers for the second season?