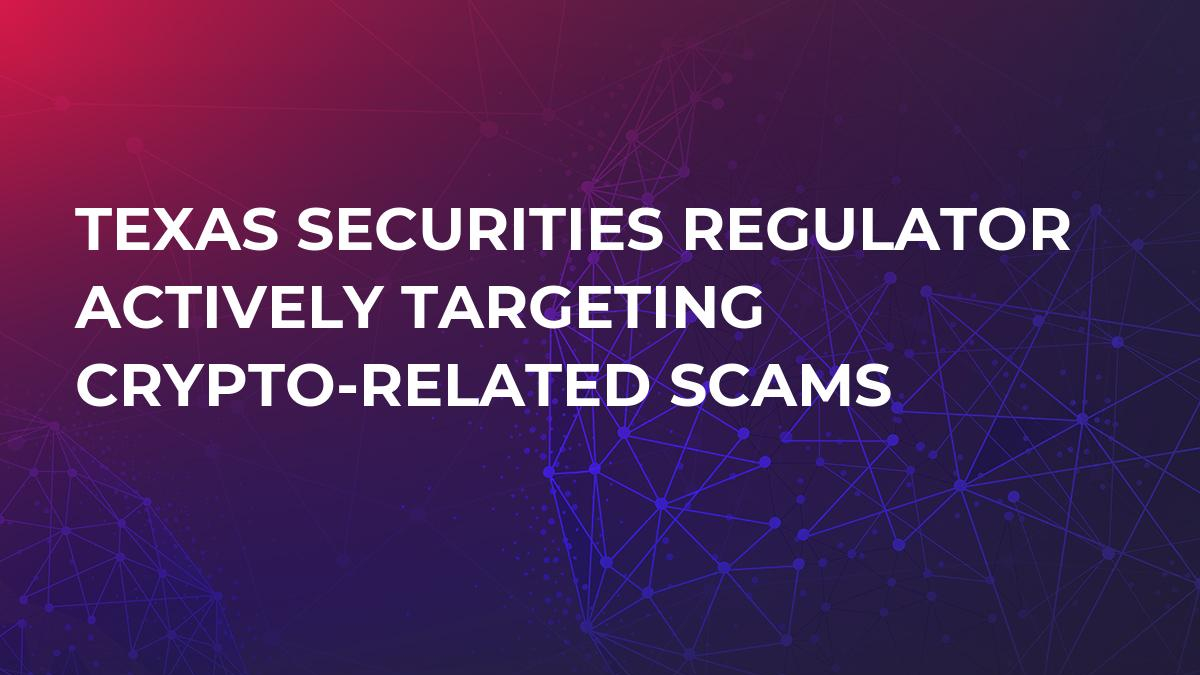 While the SEC has certainly been active in combating ICOs that violate securities laws, there’s another regulator — one that few would ever suspect — getting involved in the battle against crypto-related frauds. In the last several months, the Texas State Securities Board has taken a number of enforcement actions against allegedly fraudulent companies in the space.

Anyone who has ever driven through the state knows that Texas highways are festooned with anti-littering signs emphatically warning drivers “Don’t Mess With Texas.” It seems promoters of sketchy ICOs should take that warning seriously as well. In the last six weeks, the Texas regulator has taken enforcement action against four cryptocurrency-related companies.

On Dec. 20, the Board issued an emergency cease and desist order against USI-Tech Limited for “promising low-risk, triple-digit returns from investments tied to Bitcoin mining.” The regulator alleged that USI-Tech was “soliciting investors in dozens of Texas cities through targeted craigslist advertisements, YouTube videos, and standalone websites.”

The Texas regulator gained even more attention when, on Jan. 4, they issued an emergency cease and desist order against BitConnect, whose BitConnect Coin (BCC) then had a market cap exceeding $4 bln. The Texas State Securities Board found that “BitConnect has disclosed virtually nothing about its principals, financial condition, or strategies for earning profits.” The state’s securities commissioner found that BitConnect was guilty of selling unlicensed securities to Texas investors and the Board thus ordered the company to halt all marketing to Texans.

Not even three weeks later, on Jan. 24, the Board issued an emergency cease and desist order against R2B Coin, a “Hong Kong-based company selling investments [in] r2b coin, promising investors that the digital currency will soon be one of the world’s most valuable.” The regulator alleged that R2B Coin had told investors that the coin “will never go down in value.”

Most recently, on February 3, the regulator filed an emergency cease and desist order against DavorCoin, “an entity offering investments in a cryptocurrency lending program in Texas.” The Securities Board “found that DavorCoin is telling investors they can earn lucrative profits by investing in a lending program based on a new cryptocurrency.” The Board pointed out that DavorCoin has been telling investors that “lending $30,000 in davorcoin may earn $15,390 in the first month of the program and receive $107,217 after 120 days.”

The Texas State Securities Board cites a cooperative working relationship with other regulators and law enforcement agencies:

“The State Securities Board worked in cooperation with prosecutors and law enforcement agents in 12 counties and three federal jurisdictions in Texas, including United States Attorney offices, the FBI, the U.S. Postal Inspector, IRS-Criminal Investigation, and county law enforcement agencies.”

“Our coordination with state and federal authorities is critical to the effective prosecution of investment fraud in Texas. We are able to leverage resources to help shut down and prosecute large, complex fraudulent schemes that are inflicting harm on Main Street investors in Texas.”

Many in the cryptocurrency community shun regulation in any form, an attitude that harkens back to Bitcoin’s crypto-anarchist roots. However, as digital currency begins to go mainstream, unsophisticated investors will increasingly be targeted by scams and fraudsters. Regulators must be careful not to make broad, sweeping changes without fully understanding the consequences of their actions. However, smart, careful regulations can actually be a good thing, and such regulatory activity can make crypto much friendlier for new investors.