David Dinkins
A new survey by The Student Loan Report showed that 20% of respondents had taken out loans to buy cryptocurrency. 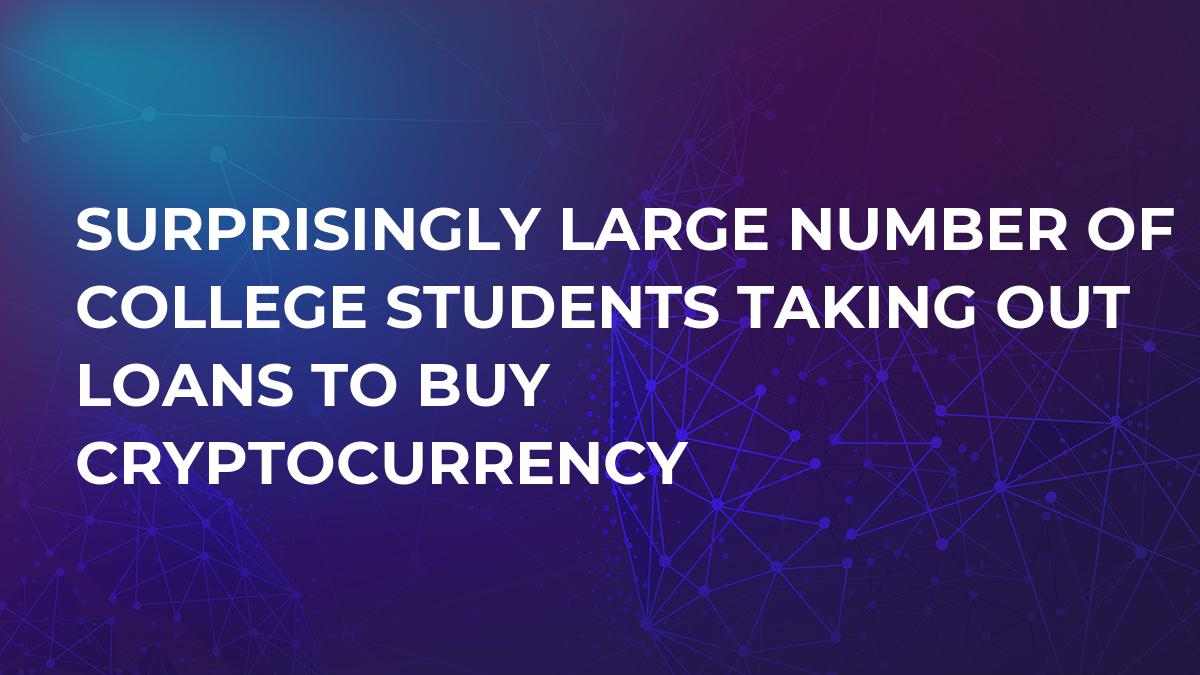 According to The Student Loan Report, fully 20% of college students have used part of their student loans to purchase cryptocurrency. This is a surprisingly large number, even considering the fact that Millennials are the most likely group to invest in cryptocurrencies. Student Loan Report founder Drew Cloud told the Boston Globe:

“Younger Americans are certainly the most enthusiastic about cryptocurrency; they are the most active investors and want to get involved in the space in any way possible. However, I truly thought the percentage would be lower. As a college student, your budget is thin and that extra money could be used on rent, groceries, or books.”

Student loans issued by the federal government come with income-based repayment options, meaning that students can under some circumstances pay as little as $10 a month on a $60,000 loan. Interest rates on federal student loans are also lower than many other forms of debt, making them much more attractive to use for longer-term speculation on cryptocurrency.

It’s a really bad idea to invest more in cryptocurrency than you can afford to lose. While currencies like Bitcoin are almost certainly here to stay, many of the more recently-launched altcoins are probably going to die eventually. Not only that, but even Bitcoin sees its share of booms and busts, so $1,000 invested today could be worth far less later, when the money is needed.

When you need money

It’s been speculated that part of the reason for Bitcoin’s price decline lately has been people cashing out to pay taxes on asset sales from last year. Some of these people may have been blinded by the lofty valuations and simply assumed they could eventually pay their taxes with crypto that had appreciated more. Why pay sell half a Bitcoin to pay your taxes when, in a few months, you think you can pay them with only a quarter of a Bitcoin?

The problem, as some are doubtless discovering, is that you can’t count on Bitcoin prices going up forever, at least not in a straight line. Somebody who really needs money next year might end up having to sell a large part of their holdings to pay bills. This author has seen several reports on social media of people investing large amounts in Ether when it was under a dollar, only to be forced to sell long before the price reached today’s levels.