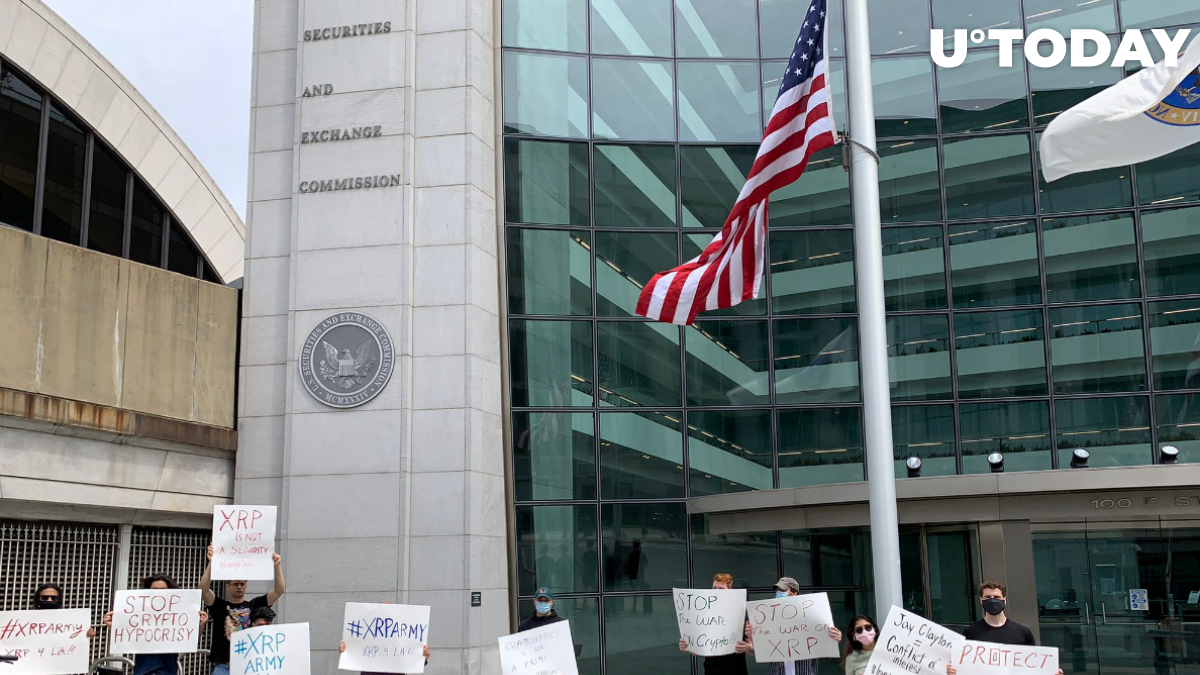 They are demanding that the regulator stop its “war on crypto” and investigate former chairman Jay Clayton’s alleged conflict of interest.

The demonstrators are holdings signs with such messages as “Stop Crypto Hypocrisy,” “Cryptocurrency Is Not a Crime,” and “XRP 4 Life.”

Related
SEC Attorney Moves to Withdraw from Ripple Case
As reported by U.Today, the XRP Army also submitted its Change.org petition to the SEC earlier this month but has so far received only an automated reply from the agency.

The cryptocurrency’s holders are also trying to insert themselves into the Ripple case with their motion to intervene.
#Ripple News