David Dinkins
While regulators have yet to approve a Bitcoin ETF, four new funds were created in January to invest in companies that are benefitting from Blockchain integration 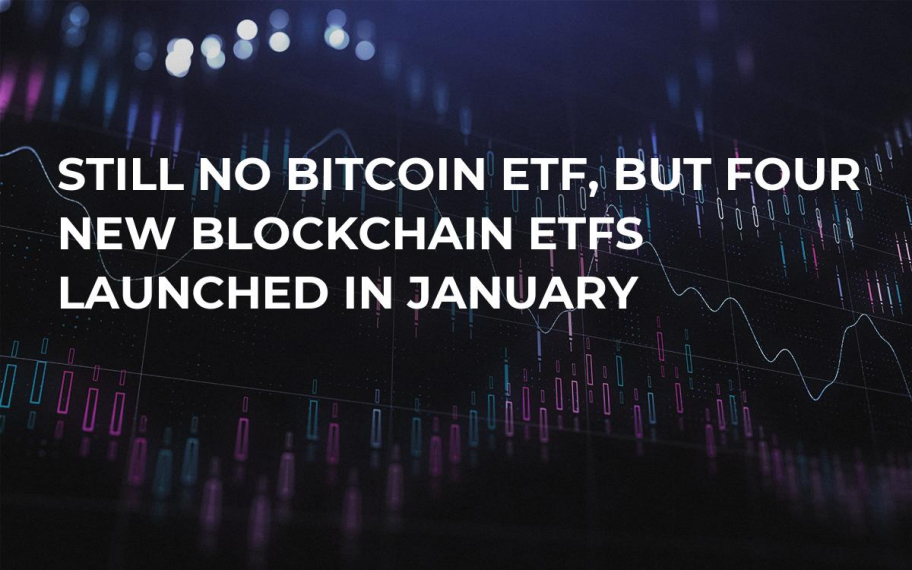 The SEC has so far refused to allow the creation of a Bitcoin ETF, and back in January even refused to accept ETFs based on the new Bitcoin futures markets launched by Cboe and CME. That’s not stopping Blockchain from getting its time in the sun, however. Four new ETFs have been launched, packed with Blockchain-related stocks.

Blockchain is no longer merely some obscure technology used to run a fringe digital currency. Major companies all over the world, including Amazon, Nvidia, Alibaba and Mastercard, have recognized the value of the technology, according to Investor’s Business Daily. These companies have all realized that Blockchain can save money and create new efficiencies, and have been working to integrate it deeply into their processes.

The four new ETFs launched in January, and are packed with finance and tech stocks that are in the process of integrating Blockchain into their operations. The ETFs are Amplify Transformational Data Sharing (BLOK), Innovation Shares NextGen Protocol (KOIN), First Trust Indxx Innovative Transaction & Process and Reality Shares Nasdaq NexGen Economy (BLCN).

The CEO of Amplify, Christian Magoon, said that critics accuse them of merely “repackaging tech and financial names.” Magoon replied that Amplify intends to rebalance its portfolio every three to six months to incorporate new players in the field. He said:

"Usually the leaders of any emerging segment are the most well-funded companies who have the money to invest in private companies or the money to do the research and development into that technology. Early on, you're owning conglomerates or less pure-play companies. But over time, business lines develop, private companies come to market and spinoffs happen."

Amplify is actively managed and considers that a strength in the “fast evolving Blockchain universe,” as it gives them the ability to make changes to the ETF’s composition rapidly in response to changes.

On the other hand, BLCN is trying to stand out from the crowd by ranking companies according to how important Blockchain is to their operations, and investing accordingly.

The CEO of BLCN said:

"We really believe this could be one of the major innovations of the last 20 or 30 years, including the Internet; it could be even possibly bigger than the internet was as far as disruption. We wanted to take it seriously, so we built out a board of advisors that are experts in the space. Like any new emerging technology, you really have to be able to discern which one is a fraud, and which ones are really genuinely using the technology and how they're using it.”