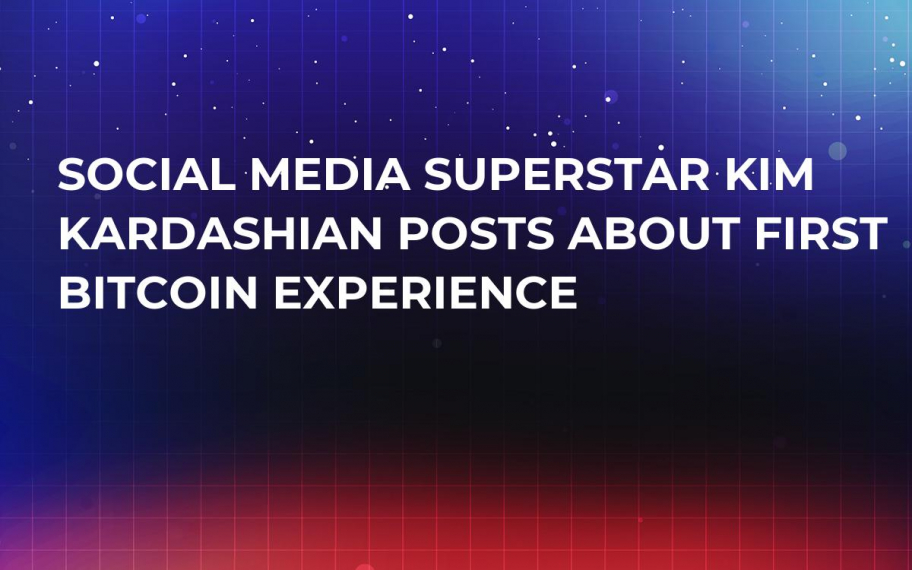 Kim Kardashian, one of the most famous and followed social media superstars came into contact with what is alleged as her first Bitcoin- a physical one in this case- at a charity poker tournament.

The wife of rapper Kanye West put a post in her Instagram stories that stated: ‘we moved onto Bitcoin!’ with a picture of two physical Bitcoin’s on a poker table.

While many mainstream media personalities have come into contract with Bitcoin before, such as Ellen Degeneres, none have been on the same level as Kardashian whose sway and influence is well renowned.

Kardashian, along with her mother and sisters, Khloé and Kendall, hosted inaugural "If Only" Texas Hold’em Charity Poker in Los Angeles and, as part of her social media posting, Kim was seen in her Instagram stories to be apparently betting physical Bitcoin in a game.

While the physical Bitcoin is technically not a true Bitcoin, it was further backed up by  Matthew Roszak, investor, entrepreneur, who tweeted about giving Kim her very first Bitcoin- another physical representation of the digital coin.

Kardashians reach on Instagram alone is 114 mln followers. She has been at the center of social media influence for some time now with her family’s show, keeping up with the Kardashians, as well as her high profile marriage to Kanye West.

This association between Kim and Bitcoin is a big move for mainstream adoption of the digital currency which is taking strides in being normalized in society.

“Kim is the most important and powerful influencer in the world. Her reach extends far beyond her own brands. Every time she wears, posts or talks about a fashion brand, there is an immediate and significant increase in both awareness and sales.”