Tomiwabold Olajide
Dogecoin whales have been on their toes in the previous 24 hours, with a 133% increase in large transactions 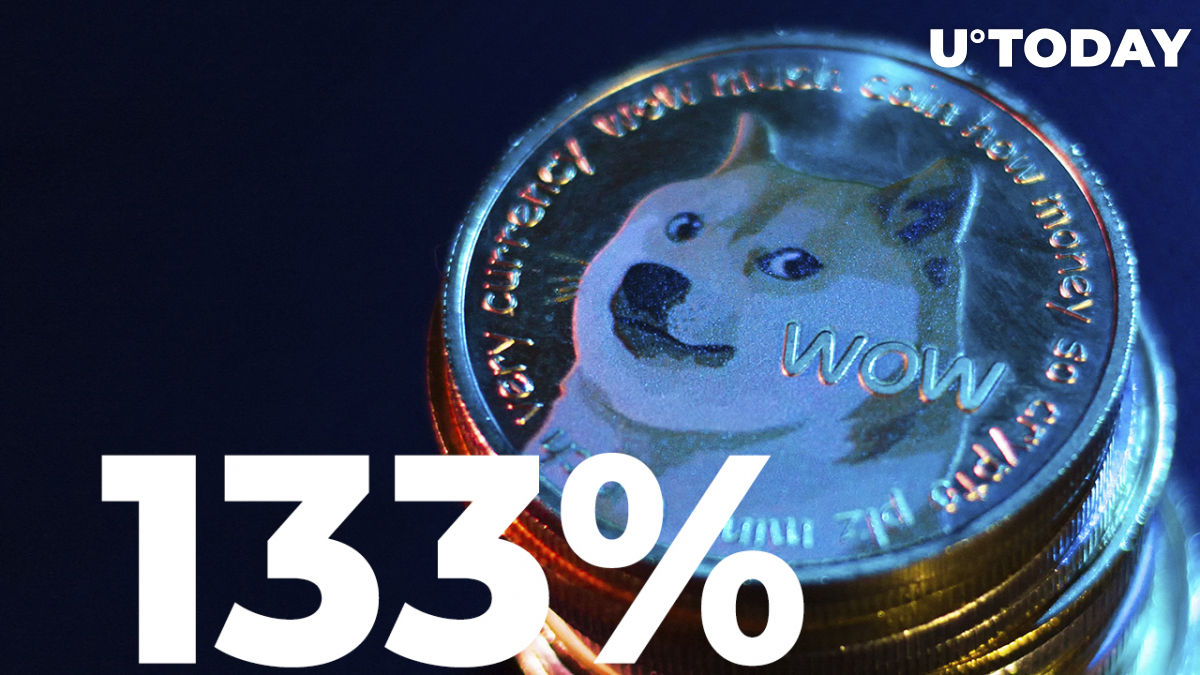 According to CoinMarketCap data, the price of Dogecoin (DOGE) has spiked nearly 7.48% over the past 24 hours.

Dogecoin rose on the prior day as Tesla CEO Elon Musk commented on the idea of buying Twitter and changing the bird logo to that of Doge, claiming that it would be "sick."

As reported by U.Today, the Bitcoin parody saw a double-digit price increase in the past week after Bitcoin of America, a popular cryptocurrency ATM operator, added Dogecoin to the list of available coins. At the same time, trading app Voyager also added support for Dogecoin.

After a rebound initiated from lows of  $0.11 on March 14, Dogecoin might be on course to reverse months of a downtrend. Dogecoin has been on a downward trend since May 2021, when it rose to all-time highs of $0.76.

The price slightly recovered and consolidated, as seen by the two monthly green candles marked in August and November 2021 before another round of declines.

Dogecoin has marked four successive monthly red candles since October 2021 before bulls arose to the occasion. However, a close above March's opening price of $0.133 is necessary to sustain a monthly green candle.

Per IntoTheBlock data, Dogecoin whales have been on their toes in the previous 24 hours, with a 133% increase in large transactions. Large transaction spikes are frequently associated with increased activity from institutional players, or whales, who are either buying or selling. These transactions exceed $100,000 moved, according to IntoTheBlock.

Dogecoin's four-hour chart might suggest a steady climb as price transcended key barriers. A bullish pennant might suggest the continuation of a rise as bulls pause in consolidation. At the time of publication, DOGE was trading at $0.1487, per CoinMarketCap data. Dogecoin rose to highs of $0.15 after a four-day positive run since March 26.

According to data published by @DogeWhaleAlert, Robinhood, a popular trading app for stocks and cryptocurrencies, is holding almost $6 billion in Dogecoin on behalf of its customers. The exact amount of meme crypto held by Robinhood in dollars is $5,823,039,490.