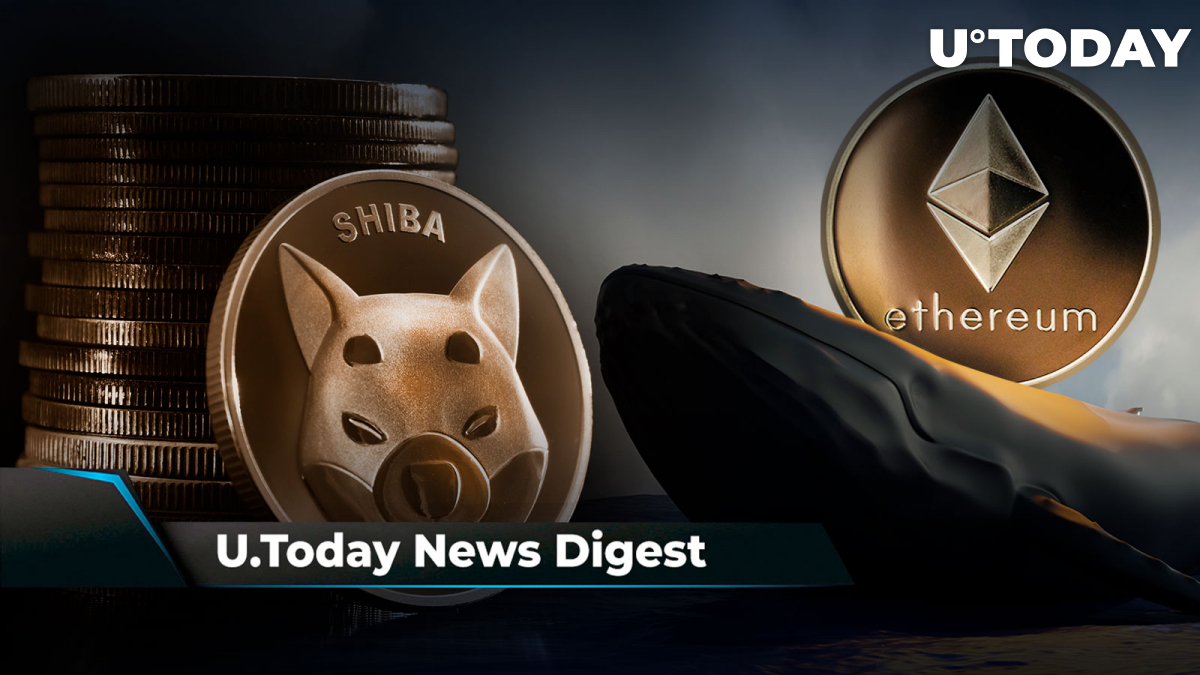 Veteran trader Peter Brandt has recently shared a Shiba Inu chart on TradingView, adding that the meme crypto is “in a bull trend now.” He also pointed out that SHIB has successfully completed the inverted H&S pattern, which is a direct signal for a reversal. Another reason to believe that SHIB has indeed entered a bullish cycle is the 25% thrust, which shows the bullishness of investors who are ready to support the token’s rally in case of a successful further breakout. According to Brandt's analysis, Shiba Inu has reached its bottom and has no other path but up, and from a technical standpoint, the analysis is more than accurate; the coin has been demonstrating multiple signs of reaching a local bottom after the assets entered a prolonged consolidation cycle that lasted more than 90 days.

Good news for Ripple supporters: Magistrate Judge Sarah Netburn has granted the company’s request to serve nonparty subpoenas to authenticate some videos of top SEC officials giving speeches. Previously, the regulator stated that it did not consent to the request and would do so only if Ripple agreed to reopen discovery. However, the judge ignored the SEC’s argument about the defendants trying to reopen discovery in her ruling. Interestingly, in a letter filed on Aug. 8, the SEC said that it took no position on the defendants’ motion to reopen fast discovery. According to attorney Jeremy Hogan, a partner at the Hogan & Hogan legal firm, authentication is “standard stuff,” which is why it should not be this difficult.

As reported by Chinese crypto journalist Colin Wu, an Ethereum Genesis ICO whale has awakened after almost three years of being inactive. The large investor transferred an eye-popping 145,000 ETH to unmarked wallets, 5,000 ETH each. The aforementioned amount of the second biggest cryptocurrency can now be sold for approximately $250 million. However, it is unlikely that the whale is going to sell his or her holdings, as the nature of the transaction does not look like it is all going to the exchange. The most likely scenario is that the investor is going to open some Ethereum 2.0 nodes to receive passive income.

Shiba Inu (SHIB) 25% rally caused by this group of investors

Santiment market intelligence platform has indicated the group of investors responsible for the Shiba Inu’s recent rally: whales. According to the data, their increased activity produced more than 430 SHIB transactions worth more than $100,000. As reported by U.Today, Shiba Inu has spiked by more than 23% since Aug. 13. The signs are that whales are getting ready for a sudden price and volatility spike, as there were plenty of large purchases and transactions before the price surged. On Aug. 14, SHIB showed the biggest spike in trading volume in the last 260 days, which is a positive sign that might give SHIB investors hope for another recovery rally. At the moment of publication, the meme token is changing hands at $0.00001587, up 31.51% over the last seven days.