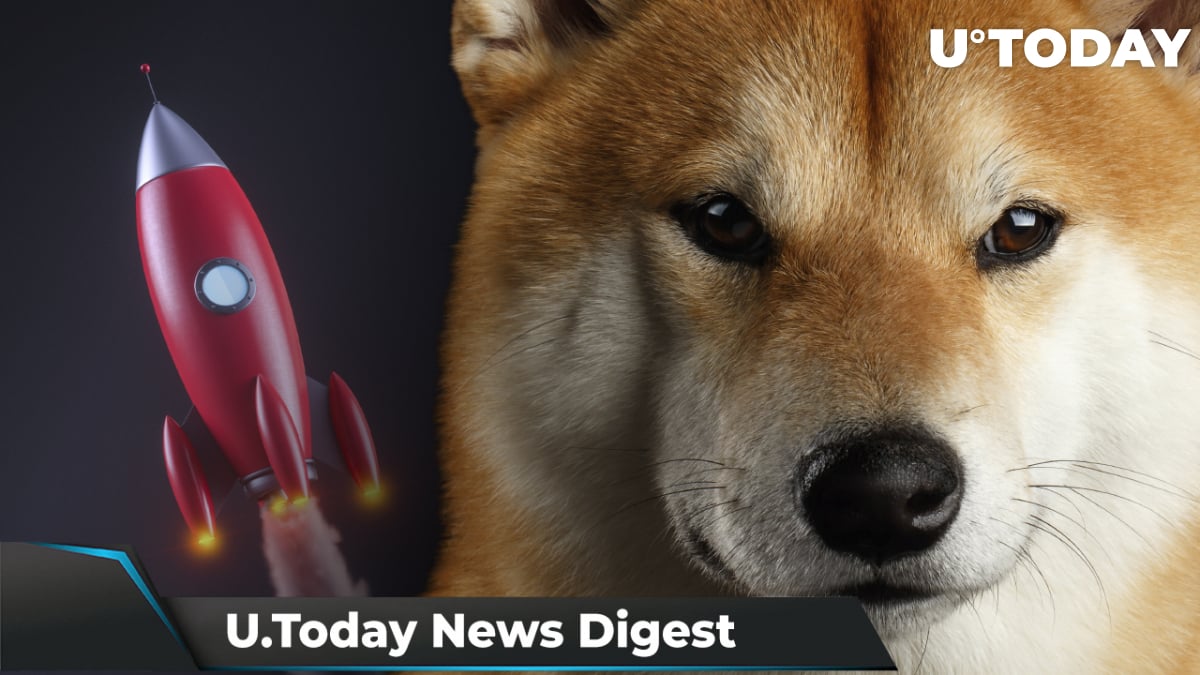 U.Today has prepared the top four news stories over the past day:

Yesterday, the largest crypto exchange in Brazil, Mercado Bitcoin, posted a video with a Shiba Inu dog wearing a military uniform, announcing that the SHIB token will become available for trading starting from Dec. 1. The trading platform will soon add support for Cosmos (ATOM), Polkadot (DOT) and Loopring (LRC).

Mercado Bitcoin is not the only crypto exchange that decided to hop on the Shiba Inu train this week. On Monday, Kraken added support for the canine coin, allowing its users to purchase and trade SHIB with dollars and euros.

According to SundaeSwap’s official announcement, it will launch its testnet on Dec. 5, allowing users to try out one of the most outstanding projects on the Cardano network. The goal of the testnet is to find problems or inefficiencies prior to the mainnet's deployment. It will also assist the Input Output team in adjusting the network's performance metrics so that it can operate smoothly even under a heavy load.

Canadian online healthcare company Ask The Doctor can now pride itself on having $1.5 million worth of Shiba Inu on its balance sheet. Within the next two days, it will start accepting the meme cryptocurrency with its healthcare partners. Previously, Ask The Doctor added support for Dogecoin, allowing its clients to use it for payments for certain services in the U.S. and Canada. The company has also become the first healthcare company in the world to begin accepting Bitcoin payments back in 2016.

Even though the price of Shiba Inu dropped, fundamental and on-chain data show that the number of long-term investors is growing, network activity is on the rise and short-term speculators are leaving the market. In less than a month, the number of holders holding tokens for more than one month increased by 17%. As the number of mid-term holders increases, the Shiba network is seeing a significant increase in the number of transactions over $100,000. Since Nov. 27, Shiba has gained more than 400 large transactions.