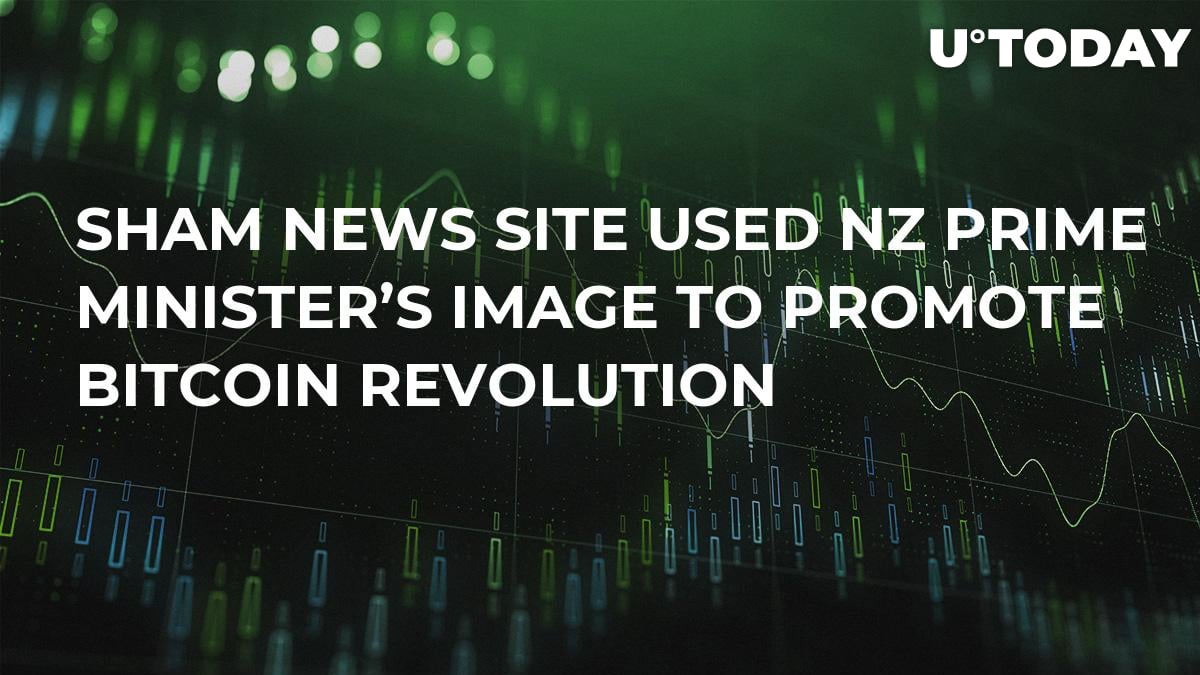 Several New Zealand media reported on Friday that a few posts have appeared on Facebook with a photoshopped image of Jacinda Ardern, the country’s Prime Minister. Their titles claimed that Kiwis are in for a new investment scheme via crypto.

The aforementioned Facebook posts led to a news site CNN Tech, which later proved to be fake. The site stated that the NZ Treasury Department had just made a contract for $250 mln with a startup called Bitcoin Revolution.

The sham article claimed: “This is where the future lies.”

After the case was reported to the office of Jacinda Ardern, she submitted a complaint to the social network and the team took off the sponsored articles.

Curiously, the press-secretary responded that the amount of such sham adverts is becoming too great, so the team cannot track them all.

Recently, the media has reported that in the similar way the name of Elon Musk was used. A fake Twitter account featuring the name of the famous entrepreneur put up a tweet promoting a crypto giveaway scam.

American politicians in the similar context

Unlike the Prime Minister of New Zealand, US women-politicians seem to intuitively prevent similar fake ads by clearly stating their stance on crypto. For example, recently, U.Today reported that Hillary Clinton, a former US presidential candidate, stated that she does not support Bitcoin, does not own it, thus not giving fraudsters a chance to give her a bad name.