Darryn Pollock
With Twitter lining up a ban on crypto advertising, many in the community have voiced their opinions 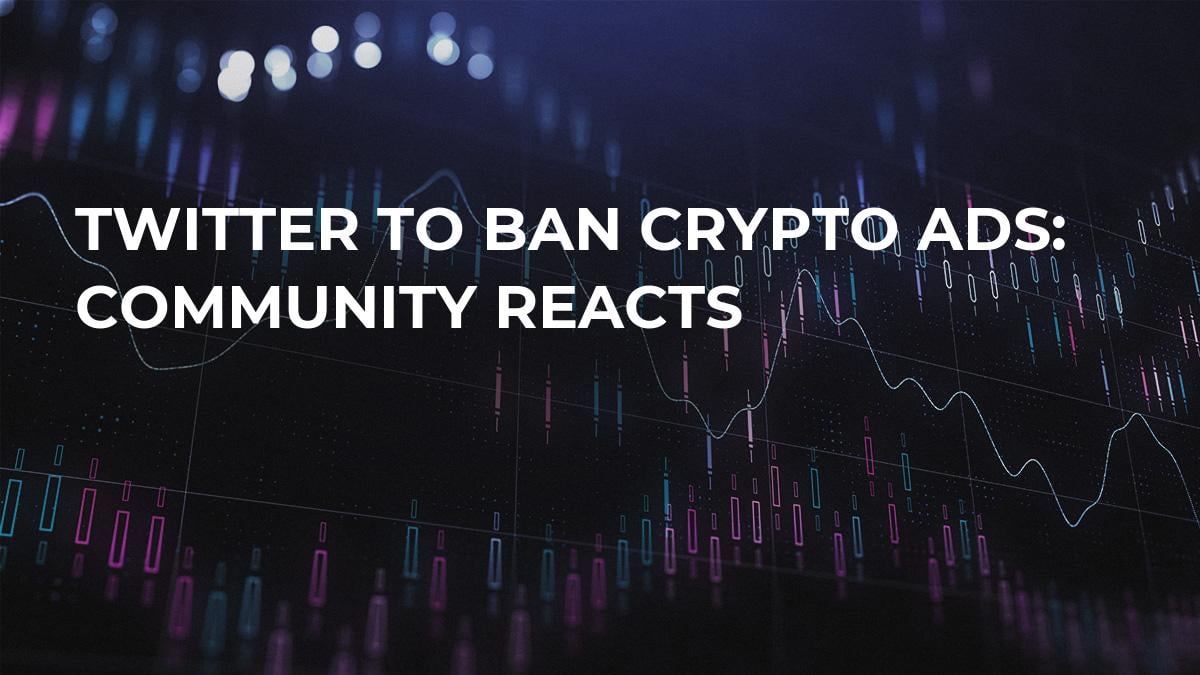 This has led to many in the industry voicing their opinions on what this could mean for individuals, for the technology and for companies who need marketing within the space.

Some believe it is a good move for the protection of people from scams; others say it is not enough with general Twitter scams still rife, while there are those who think it is not a well thought out plan.

Craig Sproule, Crowd Machine Founder and CEO, is not surprised that Twitter is following suit with other impirant Internet companies.

“As the crypto community continues to grow on Twitter, Telegram and Discord, so do the pervasive scams that seek to take advantage of people interested in the space.”

“As a company with a legitimate offering, it’s crucial to recognize the underlying power of Blockchain technology and how it will impact the world beyond the current hype.”

“It’s not surprising that Twitter may be next and hopefully, the decision of major channels to ban advertisements will help stifle bad actors so that in the future, ads for good projects can live across these platforms.”

Daniel Duarte, CTO of Auctus, notes just how easy it is to set up a scam in the crypto space, and because Twitter can’t weed each one out a blanket ban is the best cause of action.

"It's alarmingly easy to set up a cryptocurrency wallet, create a fake website, publish the wallet's public address and collect money from people with little knowledge about this market and cryptocurrencies in general. It’s important for the community and investors to do their own research, learning more about the projects they are willing to invest in.

Since Twitter can't analyze on a case-by-case basis and filter the scams, we believe it's better to ban them all. This will not hurt the crypto community, and ultimately is a good thing for less experienced investors.”

Durate adds however that scam ICOs and bad cryptocurrency companies are not even the worst part of Crypto twitter, there are also some basic scams running, honing in on the community.

“Ads are not the worst problem on Twitter,” Duarte adds. “There are thousands of fake accounts impersonating influential people in the crypto space, such as Changpeng Zhao, the CEO of Binance exchange, and VItalik Buterin, co-founder of Ethereum.”

“Whenever one of these verified accounts tweets something, hundreds of retweets and comments with fake offerings immediately flood the network with wallet addresses for phishing. Twitter should focus on a solution for account impersonation after banning the ads."

Dan Novaes, co-founder and CEO of Current, is also all for Twitter’s decision to implement a ban.

“The fake ICOs that flood social media platforms with ads and rely on scams to gain support hurt the entire industry, so I’m in favor of cracking down on business practices that are not legitimate. The good actors in this space have many more tools to use than just ads on Facebook, Google and Twitter.”

Trey Ditto, CEO of Ditto, is one member of the community that is not as taken with Twitter’s decision, calling them out for the other dodgy practices they let fly.

“Twitter and Facebook have bigger problems like selling our data, altering elections and allowing hate to spread through bots and fake profiles. It’s hard not to laugh when a company like Twitter, that promotes millions of fake profiles and allows people to buy fake followers and likes, all of a sudden has a moral compass in the crypto space.”

“Blockchain, tokens and even Web 3.0 are direct threats to companies like Twitter who for too long have dishonestly acquired, sold and even lost consumer data. But we are moving into a new world where peer-to-peer transactions eliminate the need for large distrusted institutions and we can remain private or at least control who does and doesn’t have access to our information.”

“I’m curious to see where the line in the sand is actually drawn by Twitter and other social media platforms. In the crypto community, there are a small handful of bad players, just like there are in any industry, and they should be dealt with accordingly. I don’t think that means we should ban every company that’s utilizing social media to educate potential investors.”