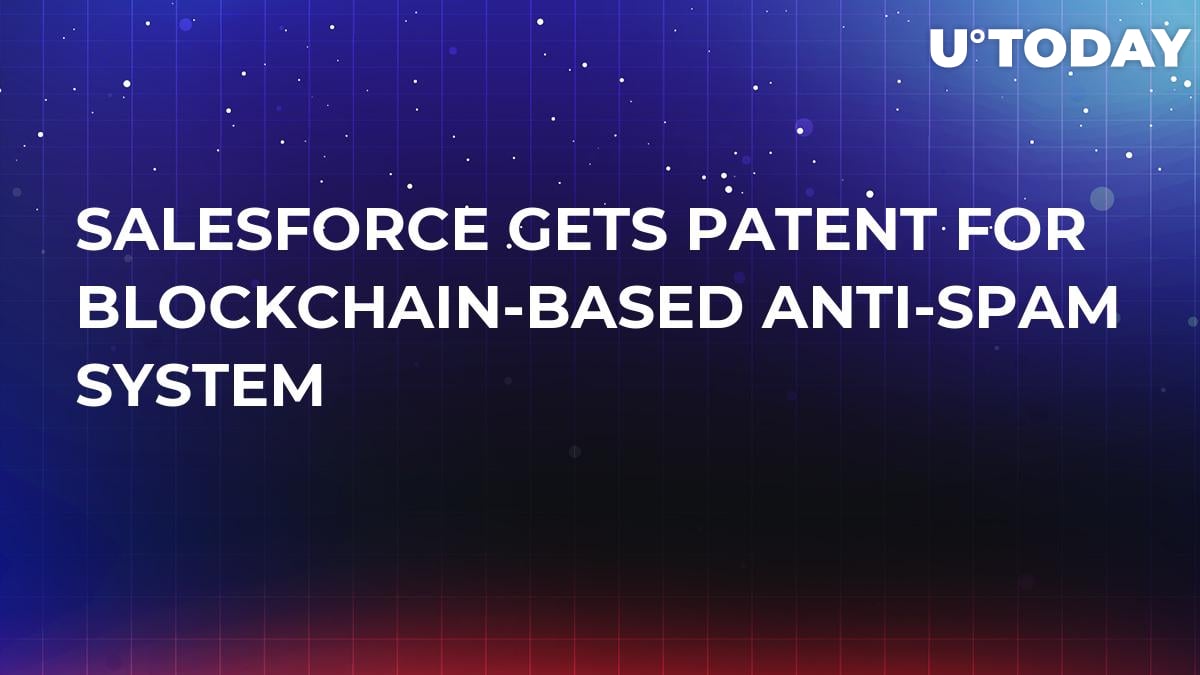 Software giant Salesforce won a patent describing how a Blockchain-based platform can be used to prevent spam or other unwanted emails from getting into email mailboxes.

A Blockchain-based platform can become the basis for verifying whether emails are altered or otherwise tampered with after being sent through a custom matching system. According to the document published by the U.S. Patent and Trademark Office, this system can filter spam more effectively than existing protocols. The developers also prove it’s true.

The platform will help determine whether a received email is desirable or not. In fact, every time a user sends an email, a small part of it will be recorded into the Blockchain. When a second mail server receives the message, it will compare a portion of it to the section written on the Blockchain in order to determine if they match. If the two components do match, the letter will be delivered to the mailbox, and if they don’t, the letter will be marked as spam.

This system can help ensure that messages and attachments to those messages have not been modified during transit over a network, the document says. Developers note that “messaging systems are often abused and used to distribute unwanted or undesirable messages (or other network traffic), which are commonly referred to as spam.”

In addition, spammers are not a very high barrier to entry, which makes it profitable to repeat unwanted and malicious mailings. Given how widespread spam is these days, spam filters often do not work properly due to their incorrect settings. A special Blockchain platform will reduce the number of such false positives through the proposed selection system, the document notes.

“The [system] can also better identify legitimate (wanted) messages and distinguish them from illegitimate (unsolicited) messages. Used properly, the immutability and distributed nature of the Blockchain can make it impossible to modify information once it has been committed to the Blockchain,” clarifies the patent.

The use of an immutable ledger similarly applies to “all information that may include things such as information about the sender and recipient,” the document adds. The proposed system can also be used to confirm the authenticity of medical records, educational protocols, docs, property rights, legal documents, etc.

Salesforce, the company with its own cloud-based email distribution platform, has already revealed its interest in Blockchain. In particular, this March, its CEO Mark Benioff said that the company was considering a possibility of creating a product using Blockchain in 2018, but he didn’t give any details about the project.