Ripple Shifts 190.7 Million XRP Along with Major Exchanges After Coin Plunges Below $1

Yuri Molchan
Large movements of XRP have been noticed by blockchain tracker Whale Alert from Ripple and top-line crypto exchanges as 190.7 million XRP was moved in lumps 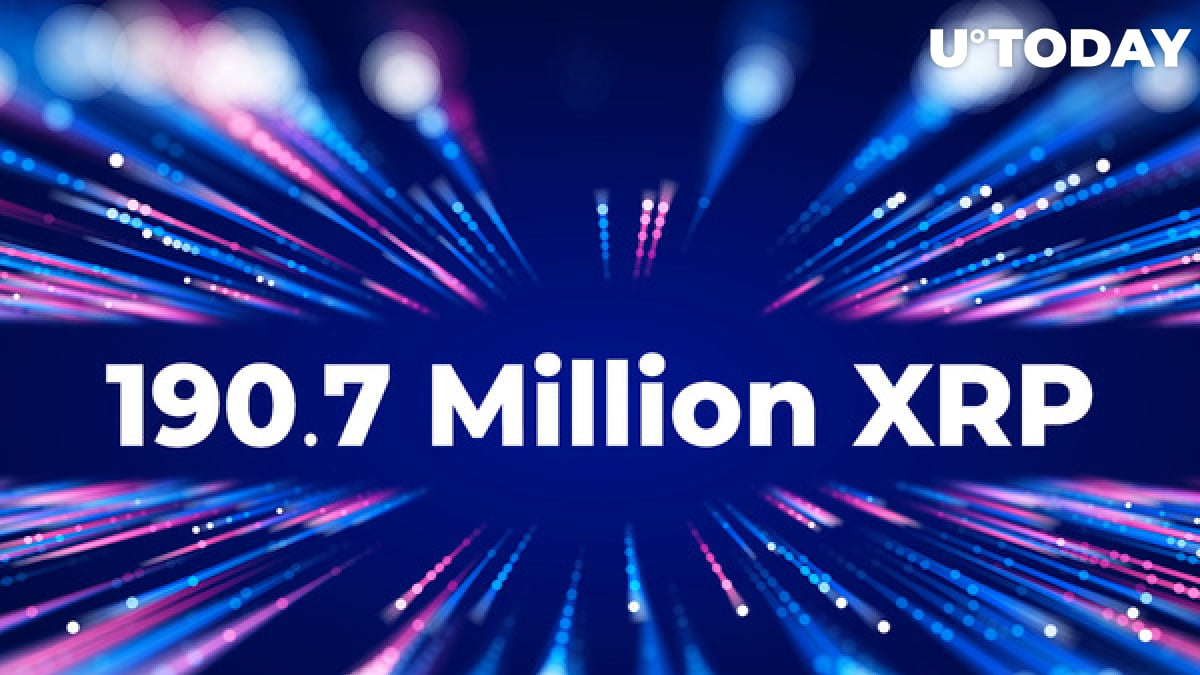 Whale Alert, a service that tracks large movements of digital currencies on the blockchain, has reported that in the past 20 hours, an astounding 190.7 million XRP tokens have been shifted by fintech giant Ripple and leading global digital currency exchanges.

Meanwhile, on Thursday night, XRP plummeted to the $0.80 level, erasing its recent gains. The coin has also stepped back to fifth place from fourth.

Seven hours ago a transfer, carrying a whopping 100 million XRP from Ripple Labs crypto behemoth was noticed. This equals 116,546,822 in USD.

The money was sent from a Ripple address to its RL18-VN wallet. In the past and recently, this address has been used by the company to send XRP beyond Ripple, i.e., to crypto exchanges or Ripple clients and partners.

In the meantime, leading digital exchanges have wired an amount of XRP almost similar to that shifted by Ripple.

Large-sized XRP transfers made by Binance, Huobi and BitGo have been recorded for the third day in succession this week.

As reported by U.Today earlier, on April 21 and April 22, Ripple sent around 10 million XRP to the Huobi exchange. Coinbase has also been spotted moving massive amounts of XRP this week.

XRP collapses below $1 but starts a gradual recovery

On April 22, XRP plunged to the $0.80 level, leaving behind its April gains made thanks to a series of legal victories against the SEC in the lawsuit.

However, yesterday's suggestion by U.S. President Joe Biden to impose a controversial capital gains tax proposal to be raised to approximately 40 percent made Bitcoin collapse below the $50,000 line, and all major cryptocurrencies, including Ripple affiliated-XRP, went down in the red as well.

By now, XRP has recovered to the $1.02 level, as per data from CoinMarketCap.