Yuri Molchan
Ripple transferred more than 266 million XRP to McCaleb's wallet and he immediately began to cash it out; meanwhile, Ripple sets up an ODL corridor to Singapore 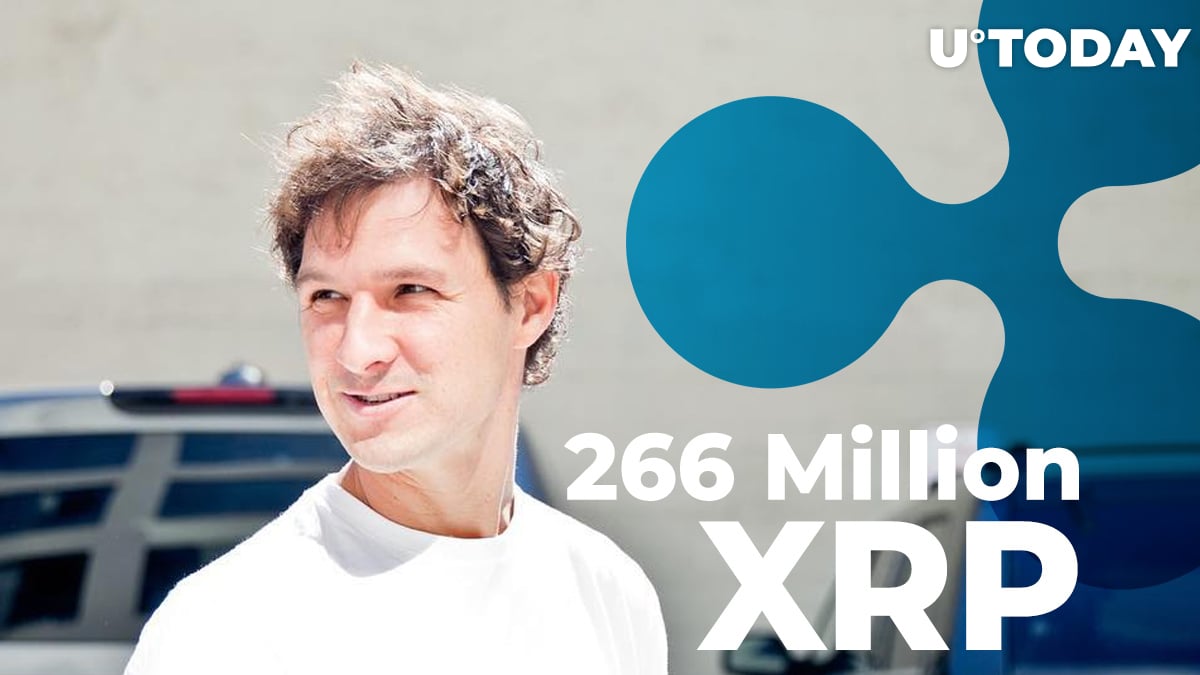 Whale Alert tracking bot has reported that Ripple blockchain decacorn wired an astounding amount of XRP to its former CTO, Jed McCaleb, in a single transaction—266,305,310 XRP—and McCaleb has already started selling it.

Meanwhile, Ripple is setting up a new ODL corridor to Thailand via its partner, Nium.

According to data shared by the popular Whale Alert tracking service, slightly over eight hours ago, the Ripple cofounder and its former CTO, Jed McCaleb, received an eye-popping amount of XRP from Ripple: 266,305,310 tokens landed in his wallet. This totals $148,031,671 in fiat money.

Jed McCaleb then sent almost 10 percent of this sum in XRP from his "tacostand" wallet to be sold via a crypto exchange—29.5 million XRP, as per the data provided by XRPL Monitor.

In addition to that, XRPL Monitor has shown that, over the past 24 hours, Ripple crypto behemoth and its ODL corridor in Luxembourg, Bitstamp exchange, shifted a total of 282 million XRP in three transactions, carrying lumps of 150 million, 100 million and 32 million XRP.

Ripple transferred its funds internally and Bitstamp sent the 100 million XRP tokens to BitGo platform, which works as a crypto exchange and a custodial wallet for financial institutions.

McCalleb gets 379.6 million XRP in past nine days

Recently, on Dec. 6 and 7, the former Ripple CTO also cashed out a similar amount of XRP, almost turning these operations into a habit this week.

Ripple and Nium, a RippleNet member, have partnered with 2C2P payments firm to build an ODL corridor from Thailand to Singapore.

2C2P has joined forces with these companies to expand the operations scale of its easy2send remittance service and add Singapore to it, while it already operates in Thailand.

The new payments corridor from 2C2P will be running on RippleNet, the source says.

Easy2send has been operating since 2019, providing support to remittances and payments from Thailand to Cambodia and Myanmar.