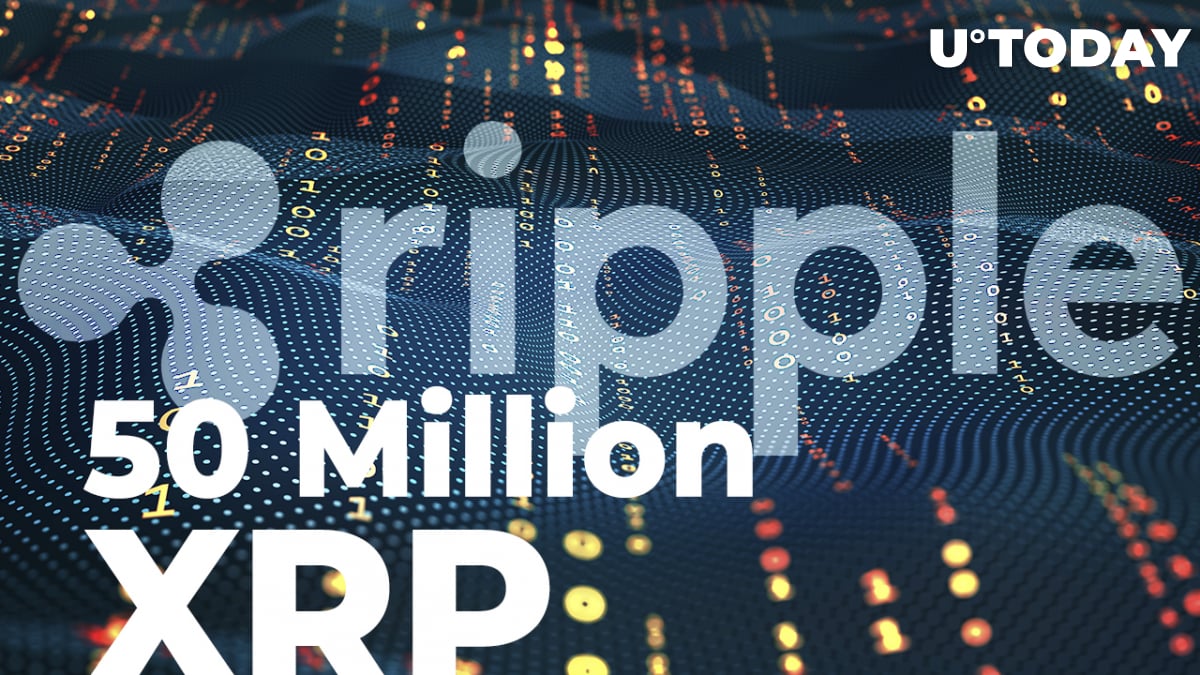 Prior to that, the company had locked 800 million XRP coins back into escrow.

Whale Alert detected that Ripple had transferred 50 million XRP to a wallet tagged as "unknown." However, a detailed look into data provided by Bithomp shows that, in reality, the funds were moved to one of Ripple's extra wallets—RL18-VN.

According to Bithomp, this Ripple address is often used for moving XRP outside the company—to financial institutions and exchanges, as well as ODL corridors.

One of the commenters in the thread under the tweet suggested that the 50 million XRP in question were likely sent to the wallet to be moved to one of Ripple's On-Demand Liquidity corridors afterwards.

800 million XRP locked up until March

Prior to moving the aforementioned 50 million, Ripple fintech behemoth made two more transactions that were a lot larger that that. The company shifted to XRP lumps—500 million and 300 million coins—to lock them back in escrow.

As reported by U.Today, on Feb. 1, the company made a withdrawal of a staggering billion XRP in two stashes, worth 500 million coins each. These programmed withdrawals have been conducted on the first day of every new month since 2017.

Ripple planned to give XRP to its customers and partners to support its liquidity in the cryptocurrency market and intended to unlock 55 billion XRP overall. Thus, these regularly programmed XRP releases are likely to stop at some point this year, according to data from the Ripple website.

After Ripple unlocks a billion XRP, it usually moves 80-90% of this amount back to escrow until the next release.