Yuri Molchan
A large amount of XRP was moved to Binance and then shifted away from it by anonymous whales, here's why that could happen 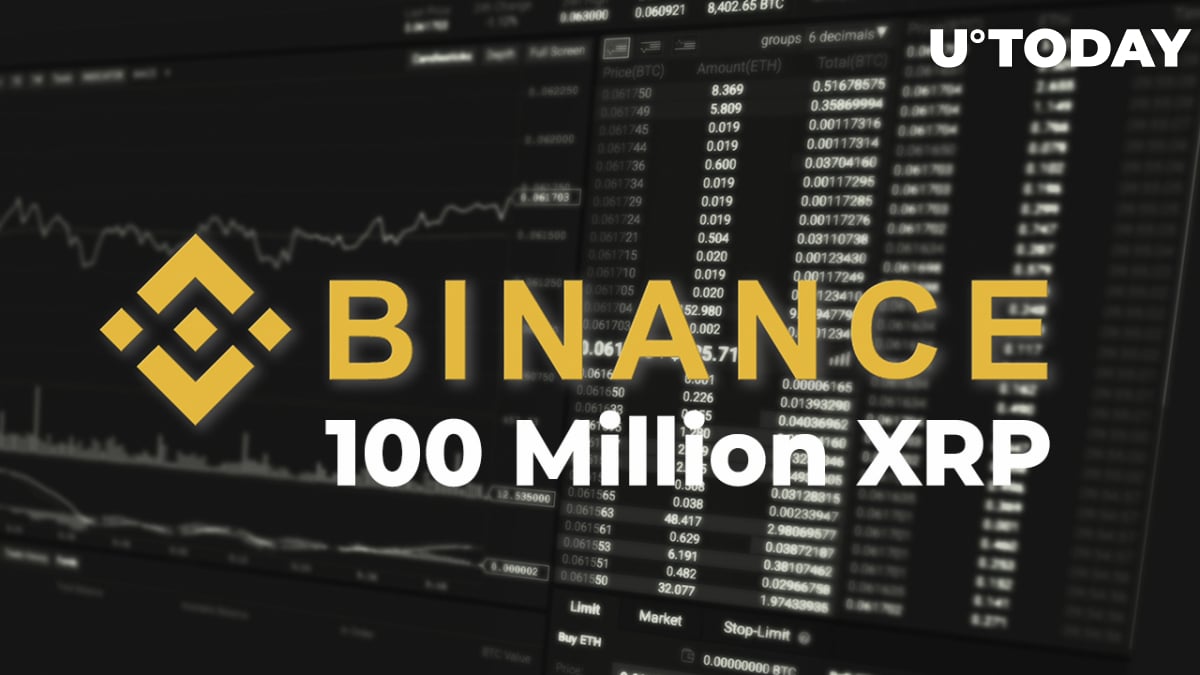 Whale Alert has detected that in the past two hours, an anonymous cryptocurrency user sent 50 million XRP to Binance. However, almost immediately the same amount of XRP was sent to another crypto wallet tagged by the blockchain tracker as "unknown."

This is happening while XRP is trading at the $0.5875 level, and many in the XRP community are buying more coins on the dip. Therefore, a large amount of XRP transactions are being spotted between XRP investors and centralized digital exchanges that still support this SEC-battered coin.

Slightly over two hours ago, a mysterious wallet tagged by Whale Alert as one with an unregistered owner made a transaction that carried 50 million XRP tokens to the world's biggest crypto exchange by trading volume—Binance. The fiat equivalent of the transferred amount of crypto totals $29,300,201.

Whale Alert did not tag the sender's address by any particular network or user, claiming the sender to be unknown. Some in the comment thread assumed that this is a whale sending its XRP to sell on the platform run by Changpeng Zhao (CZ).

However, a detailed look into the data provided by XRP transaction platform Bithomp shows that the transfer was made between two wallets of the Binance exchange.

Related
Peter Brandt Says It Might Be Time to Buy Bitcoin

At exactly the same that the incoming XRP transaction to Binance was conducted, 50 million XRP left Binance and were shifted to a wallet that Whale Alert again marked as an anonymous one.

Details provided by the aforementioned XRP data service, though, show that the equivalent of $29.3 million XRP was sent to one of the wallets that belong to the Huobi exchange.

One more large XRP transaction was spotted more than eight hours ago. A total of 45 million XRP were shifted by the leading crypto exchange based in South Korea—the transfer of XRP worth $26,444,760—was made between the wallets of this centralized exchange.