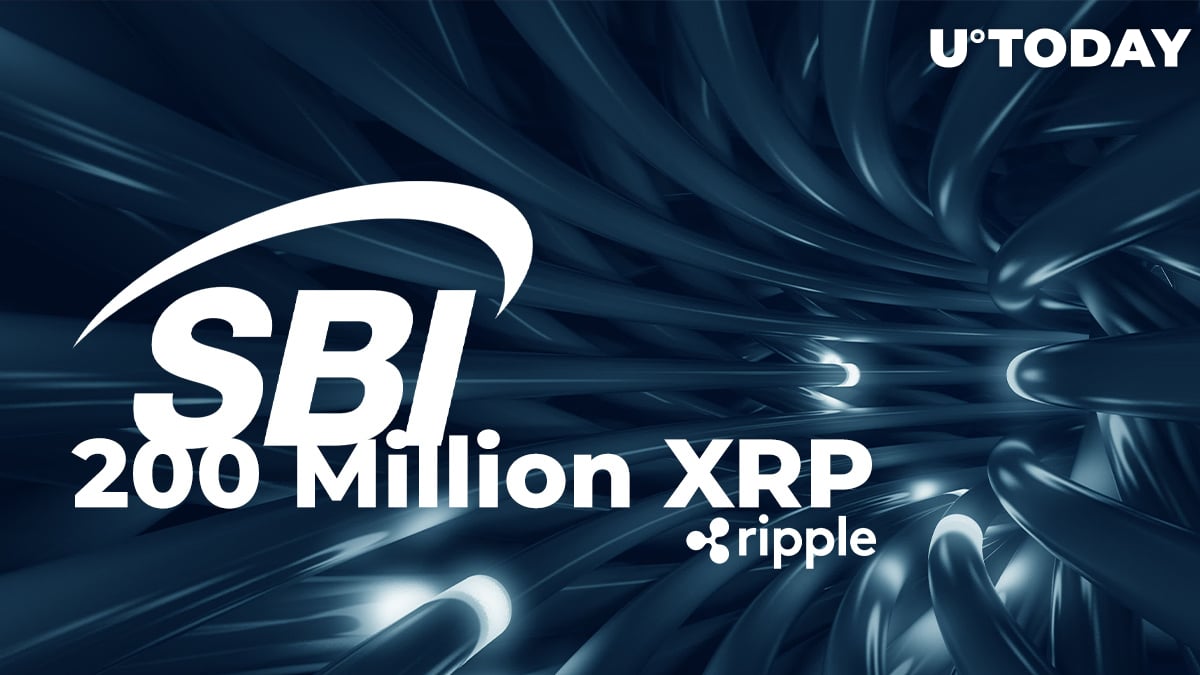 It is a digital exchange owned by a major Ripple partner in Japan, financial holding SBI, and recently the company launched a crypto lending service on it that works with Bitcoin, Ethereum and XRP.

Besides, 118 million XRP was transferred by crypto exchanges, with Coinbase among them.

Whale Alert has reported that, in the past four hours, 200 million XRP tokens have been wired. Blockchain data says that the transactions were conducted by one of the major Ripple partners—Japanese-based financial giant SBI.

The funds were transferred from the company’s crypto exchange SBI VC Trade. As reported by U.Today recently, SBI had launched a crypto lending service that allows users to borrow funds in Bitcoin, XRP and Ethereum.

The crypto was sent to BitGo, a crypto exchange that also runs custodial wallets for financial institutions and for Ripple in particular.

In October, it was reported that, after the U.S. payments monster PayPal enabled crypto purchases, the company wanted to acquire BitGo as part of its expansion in the crypto industry.