Alex Dovbnya
Robert Kiyosaki weights in on cryptocurrencies, the US dollar and politics 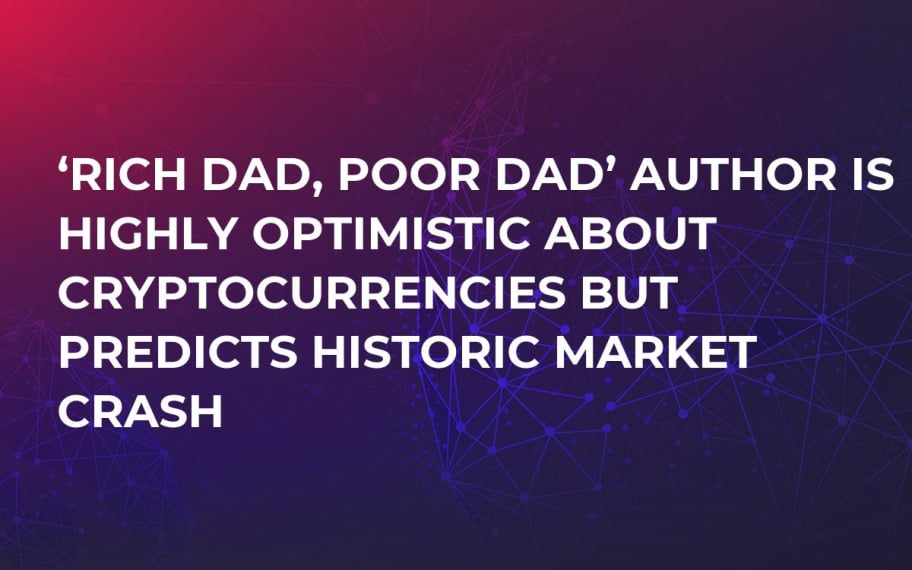 Robert Kiyosaki, the famed author of a bestseller ‘Rich Dad Poor Dad,’ makes a bold statement about cryptocurrencies, saying that they will overtake traditional assets like the US dollar and gold. He also expressed his grim predictions about the financial market, which, he believes, is about to crash.

During a recent interview, Kiyosaki voiced his opinion on crypto. The iconic writer and business educator is certain that the future is behind cryptocurrencies or ‘people’s money,’ as he calls them. At the same time, there was some harsh criticism in his words directed at traditional money: he calls US dollar ‘fake’ and trashes the US Federal Reserve.

Kiyosaki dismisses US dollar as government-controlled money that will lose digital currencies in the long run. He also believes that there will be more demand for crypto than for precious metals. While US investors keep sleeping on Bitcoin, the ‘Rich Dad Poor Dad’ author points out to the fact that millennials are more interested in cryptocurrencies than gold.

On the cusp of collapse

Kiyosaki also predicts that we are yet to face the largest market crash in world history. He doesn’t pinpoint the exact time when all hell will break loose, but the foreshocks are the already there. The writer admits that he hasn’t been a big fan of US dollar since the termination of gold/dollar convertibility during the Nixon era. That eventually led to the adoption of the so-called quantitative easing (QE) policy by the US Federal Reserve. Kiyosaki claims that this is simply a practice of ‘money printing’ that creates a huge bubble that is about to burst.

When asked about Donald Trump’s economic policies, Kiyosaki did not hesitate to show his appreciation for the US president, but he is not certain how things will play out. He says that “we won’t know” how successful Trump’s presidency will be until it’s all said and done. Remarkably enough, Kiyosaki co-authored two of his books with the POTUS.
card