Rimma Trukhina
Yesterday the world was shaken by the death of John McAfee, famous entrepreneur and crypto influencer. Let’s recall stories he shared with us last year 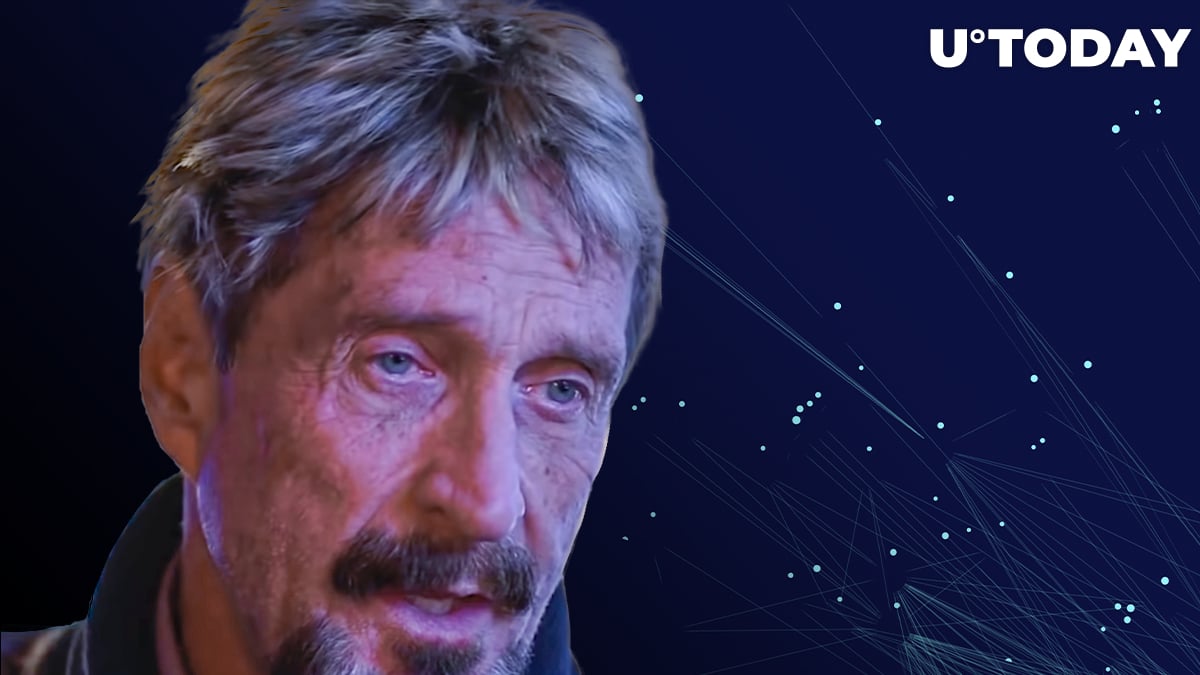 As it was reported by U.Today yesterday, the 75-year-old legendary antivirus pioneer John McAfee was found dead in his Spanish prison cell hours after his extradition to the United States was approved by Spain's National Court. The most likely cause named by McAfee’s lawyer and police in Spain, according to an El País report, is suicide, but there’s no official statement yet.

I spoke with John several months before he went to prison and one of our topics was Jeffrey Epstein’s suicide. McAfee told me in that interview that he didn’t believe in it. He also underlined that in prison is when it's the easiest to kill a man:

“I believe very strongly that Jeffrey Epstein did not kill himself. I think it's in the interest of the American people and perhaps the world to understand that we must find those responsible for it, and trace it back to those corrupt individuals in power who can do things like whack people while they're in jail. Being in jail is the easiest place to kill someone, and every gangster knows this.”

Though it is rather hard to judge if the person you speak with is able to do such a thing as committing suicide, McAfee did really look like a strong man, even in his age, who wasn’t ready to give up. Still, I want to be objective and admit that prison can change a person, even with such a restless and rebellious spirit.

However, McAfee had published several tweets about his inability to kill himself.

In November 2019, McAfee showed his latest tattoo on his right bicep on Twitter with the word “$WHACKD” on it. The tweet was also saying:

Getting subtle messages from U.S. officials saying, in effect: "We're coming for you McAfee! We're going to kill yourself". I got a tattoo today just in case. If I suicide myself, I didn't. I was whackd. Check my right arm. $WHACKD available only on https://t.co/HdSEYi9krq:) pic.twitter.com/rJ0Vi2Hpjj

In October 2020, he also tweeted that if he hangs himself, it wouldn’t be his fault:

The food is good. All is well.

Know that if I hang myself, a la Epstein, it will be no fault of mine.

In the mentioned interview, Mr. McAfee told a story about his laughing at Wired reporter Joshua Davis, pretending to play Russian roulette. The poor journalist who didn’t realize it was just an unkind joke was shocked by such a crazy move. John explained that he tried to tell the guy that he shouldn’t believe everything he sees, highlighting that this cannot always be the truth.

John was a great joker, but unlike the eponymous movie’s antihero, he also had a wife who was by his side until the end and more than a million followers who were ready to swallow his every word and were charmed by his crazy charisma and brave ideals that so rarely can be found in a modern human being.

To finish this article, I would also like to remember one more thing that John shared with me in that interview. He said that the only thing he hasn't tried in his life but wished to do is wingsuit flying, the sport where people have “wings going from the end of their arms to the bottom of their legs, they jump off a cliff, go a mile in the air, and then they fly at 80 miles an hour, just a few feet off the ground and a few feet away from the canyon walls.” It does sound like a dream of a man whose main ideal is freedom, doesn't it?

R.I.P. Mr. McAfee. I hope that you are finally free.