Reality Check: Top Mining Companies Are Going Public to Raise Billions, But Are They Worth Them?

Alex Dovbnya
After joining the list of biggest tech companies in no time, ASIC chip producers will learn their true value 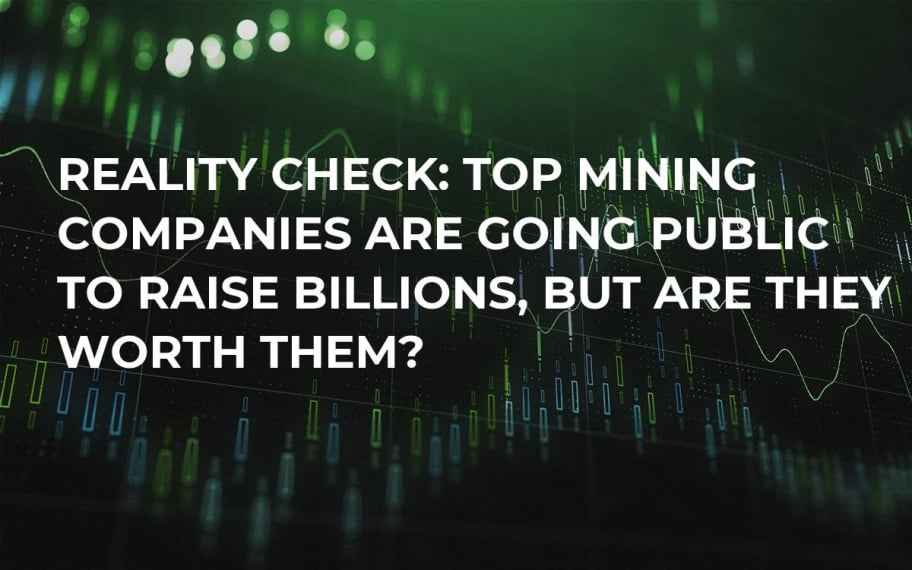 The biggest mining chip manufacturers in the world, along with the industry’s behemoth Bitmain, are aiming big on the cusp of their stock listings in Hong Kong. However, with Bitmain’s IPO stirring some controversy, Bloomberg claims that these companies might be largely overvalued.

Although all three mining giants (Bitmain, Canaan, Ebang) enjoyed an immense growth in 2017, their popularity is dwindling in 2018, reflecting the prolonging bearish sentiment of the market. Bitcoin, along with other major cryptocurrencies, lost more than 2/3 of its value.

If there is no progress on the regulatory front, Bitcoin may plunge even further, which would essentially put the whole mining industry at risk. NVIDIA, a leading GPU manufacturer, has already left crypto due to a low demand. The problem with Bitmain, which currently controls nearly 85 percent of ASIC mining, is that this crypto-oriented company doesn’t have anything else to offer investors in case Bitcoin fails. Bitmain and Canaan are both working on AI technologies, but they have scalability issues.

Bloomberg suggests that the declining crypto market could be the main reason why these companies are planning to sell their shares. It also states that they most likely didn’t go for an ordinary ICO because of their interest in AI.

The report states that Bitmain is going to raise at least $3 bln after launching its IPO. Ebang and Canaan have less ambitious goals– $1 bln and $400 mln respectively. While both Bitmain and Ebang are going public in September, Canaan is yet to decide on its Hong Kong’s listing date.

The Hong Kong Stock Exchange didn’t provide any additional information about the upcoming IPOs while the aforementioned companies ignored Bloomberg’s request for comments.