Katya Michaels
Google’s cryptocurrency ad ban draws criticism from the crypto community, but what are the mechanics behind this decision? 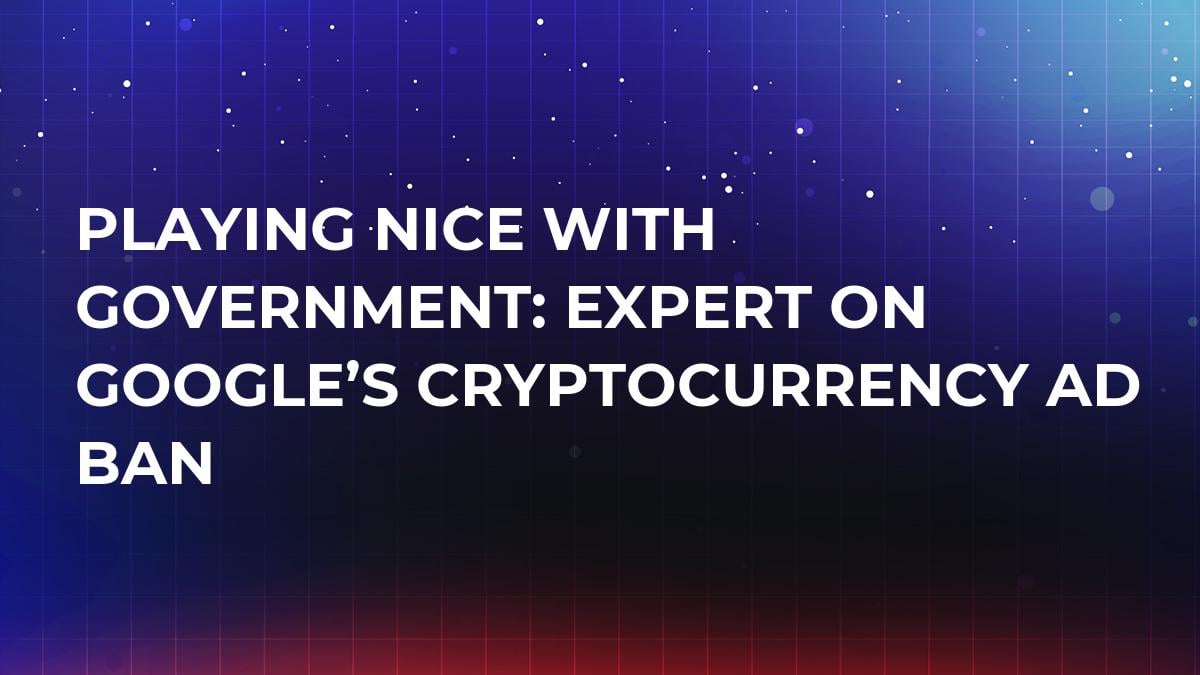 Google’s announcement of its decision to ban advertisements related to cryptocurrencies comes just a couple of months after Facebook announced a similar ban. While there is disagreement to the extent these steps will affect the cryptocurrency market, it is impossible to deny the Duopoly’s influence on millions of consumers. CryptoComes asked Ian Wishingrad, founder and creative director of the BigEyedWish creative agency specializing in branding and digital development, to comment on the causes and implications of Google’s policy change.

CryptoComes: Google’s decision to ban cryptocurrency-related advertisements comes on the heels of Facebook’s similar announcement. What is your take on this?

Ian Wishingrad: I think it’s a smart move, and it makes perfect sense because their biggest issues right now are brand safety and reputation. It would reflect very poorly on them if people get scammed or do fraudulent things via crypto on their platforms.

Until there’s a little more clarity and it’s less dark, mysterious and potentially treacherous, the risk does not outweigh the reward considering their total advertising revenue.

Competing against the government

CC: Given the publicity issues that Facebook and Google have faced with fake news and questionable ad placement, one might ask: with seeming laxity of regulation in such aspects, why are these platforms picking on cryptocurrency?

IW: Well, it’s just bad luck for crypto. What’s happening now is precipitated by those concerns. These companies got their hand slapped and have seen the backlash, so now it’s not worth the risk. That’s the biggest issue when you are an open platform- when your business is built on advertising revenue, you need to consider the ramifications for brand safety.

Facebook, Google and Amazon all carved out their unique spaces in the market, but they are really competing against the government.

Exercising a certain amount of self-regulation and self-policing will bode well for them in the long run because if the government intervenes, that’s going to be much more painful than anything they inflict on themselves.

Cryptocurrency will be back

CC: Google is often seen as being close with the “establishment.” Could this decision be construed as another expression of that?

IW: One hundred percent. I don’t think they even disagree with that. They are operating as a United States company, governed by US law. You can be all cowboy and Wild West when you’re small and under the radar, but once you are a publicly traded company and one of the most powerful companies in the world, you have to start playing nice with the government.

As advertising dollars shift from television to online, it’s really difficult to police user-generated content. For Google and Facebook, the crypto industry it’s too nascent, there are too many bad players.

Once the area matures, I’m positive cryptocurrency will be back on these platforms.

CC: Often when new technology emerges, it is publicly represented as a maverick, a representation of freedom, of independence from regulation. Google was perceived this way in its time, but it seems that now Blockchain represents that maverick freedom, while Google represents the established structure.

CC: How will these bans impact the cryptocurrency market? Will it be destructive, or will it help weed out fraudulent players?

IW: Right now, we are separating the wheat from the chaff very quickly. All the mavericks, the pirates, the innovators- everyone wants to crack this.

Now, it’s going to come down to execution, securitization, government approval and finding the right way to play with the SEC.

I think we won’t be surprised by the people who come out on top- smart, with the right capital, the right public relations and understanding that it’s not just what you do, but how you are perceived.

CC: You mentioned the motivation for Google’s self-regulating approach. Meanwhile, the Winklevoss twins’ Gemini exchange announced the creation of a self-regulatory organization. Is this indicating a general trend? Will there be more self-regulation initiatives?

IW: I think there will be two things: the perception of self-regulation, and the actual self-regulation. The people that are ahead of the race are going to want to behave like the establishment, show that they are mature adults, exercise self-regulation because it’s really the most prudent move. It pays to play nice. You don’t want to make the government your enemy.