Past-ICO Review: Finney, the Blockchain Phone Ahead of its Time?

Eric Eissler
The Blockchain-powered phone is here, but is the world ready for it? 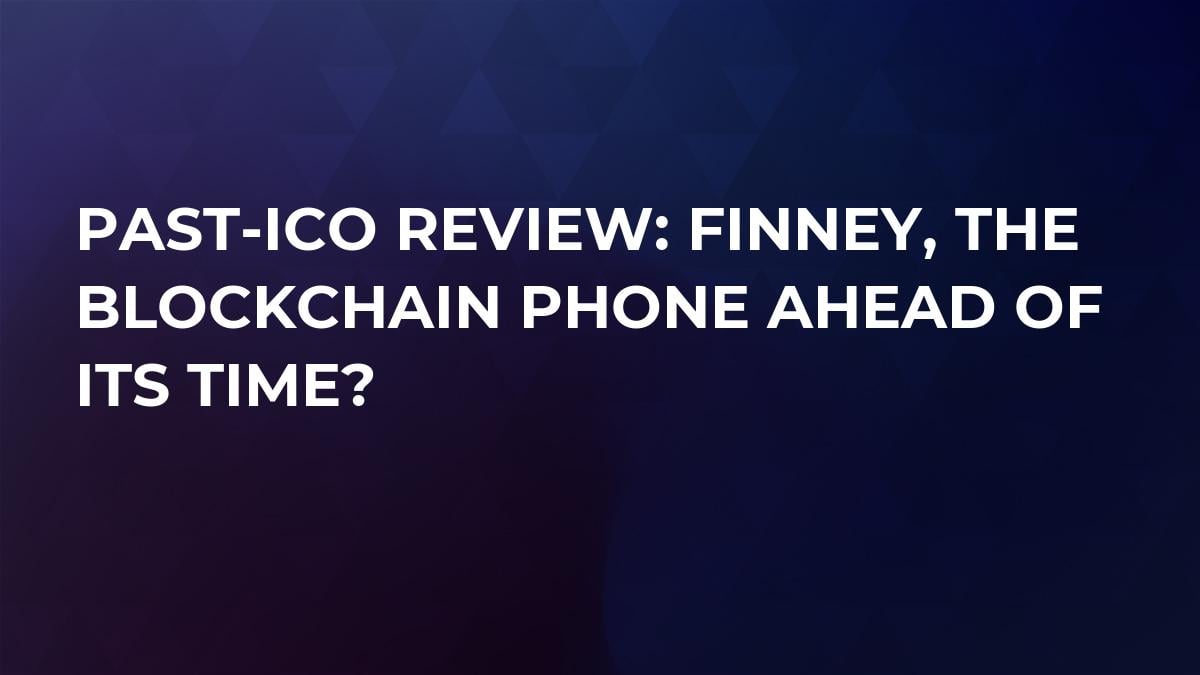 Sirin labs have used Finney as an ICO to raise some massive funding to run a project on Blockchain-powered devices such as smartphones and computers, citing that traditional operating systems are vulnerable to hacking and leave users exposed to risk.

Finney is the name of the smartphone that is currently in development, and in April 2018, it was announced that electronics manufacturer Foxconn will work with Sirin to produce the phone.

There is another Blockchain enabled phone called Solarin and ultra-secure Blockchain phone and Sirin labs have an all-in-one Blockchain computer.

For the purpose of this article, we will stick to Finney only.

While the idea of a Blockchain-powered phone is novel, will there be mass adoption of the technology that fast?

The Finney phone is sold via Sirin Labs’ website for $999, which is rather expensive, but the newer iPhones are in a similar price range. However, its advanced big brother, Solarin, is selling for a whopping $13,200! That is not a typo: Thirteen-thousand two-hundred dollars.

Finney, Solarin and the all-in-one computer will all be powered by IOTA’s Tangle technology. The following are features that will be found on the Blockchain-based phone.

Furthermore, Sirin Labs plans to deliver a “decentralized app store run by the community” where “cost-bearing apps are based on a secure P2P resource-sharing system, which distributes fees between users and developers.”

However, which community are they talking about? This leaves a lot of questions to be answered.

While the media has been relatively quiet about the Finny phone, it was announced in April that the Switzerland-based company said that it’s already received more than 25,000 pre-orders, and hopes to sell between 100,000 and a few million units in 2018.

Further down the line, the plan is to license its tech to other hardware brands; Sirin is said to have been in talks with Huawei about that. Foxconn is the manufacturer of Apple’s iPhone and Sirin Labs had stated that the phones should be shipping out in October of this year, putting them well within striking distance of hitting the goal of selling almost a few million units.

The Blockchain phone ahead of its time?

While it is hard to say whether the world is ready for a Blockchain-based phone, many people think Blockchain is only Bitcoin, it does have some unique uses.

Should the company be able to achieve their goal of selling more than one mln units, then there could be some support for the phone and the continued manufacture of it. But if Sirin Labs does not sell their intended number of phones to reach their goal, then the phone was ahead of its time and the market was not there.

This will be a continuing story as we await the release of the phone in October and see if a Blockchain phone is really something the masses want to buy.