Ohio Legalizes Blockchain Data, Other US States Considering the Same 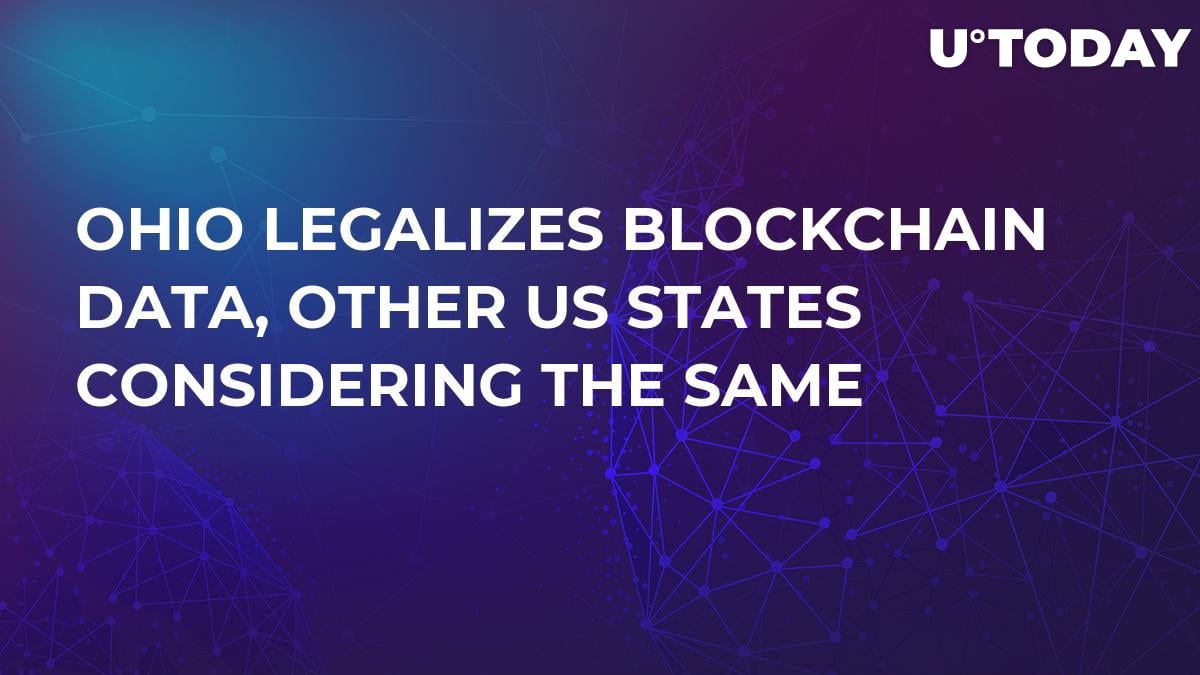 Back in May Ohio lawmakers submitted a draft bill that intended to officially turn Blockchain-stored files and smart contracts into online records, so as to put the IT innovation into a safe environment.

Some of that bill was later changed approved by the local senate as Uniform Electronic Transactions Act in June. It was finally signed by the governor on Aug. 3. Smart contracts and any data kept on a distributed network in Ohio from now on are called electronic records.

Electronic signatures used in the distributed network now have been also legalized under this bill.

Blockchain status in other US states

In other corners of the country, lawmakers are also considering legalizing Blockchain-stored data. For example, in Arizona, they have also accepted a draft bill that recognizes files stored and sent through Blockchain as legal.

In California, the local politicians have been making the necessary preparations for legalizing Blockchain data since late winter 2018.

A few other states have delayed this issue until later.