Eric Eissler
Bitcoin isn’t nearly as anonymous as you think. In fact, the very nature of Blockchain is to preserve an auditable record. The taxman is watching. 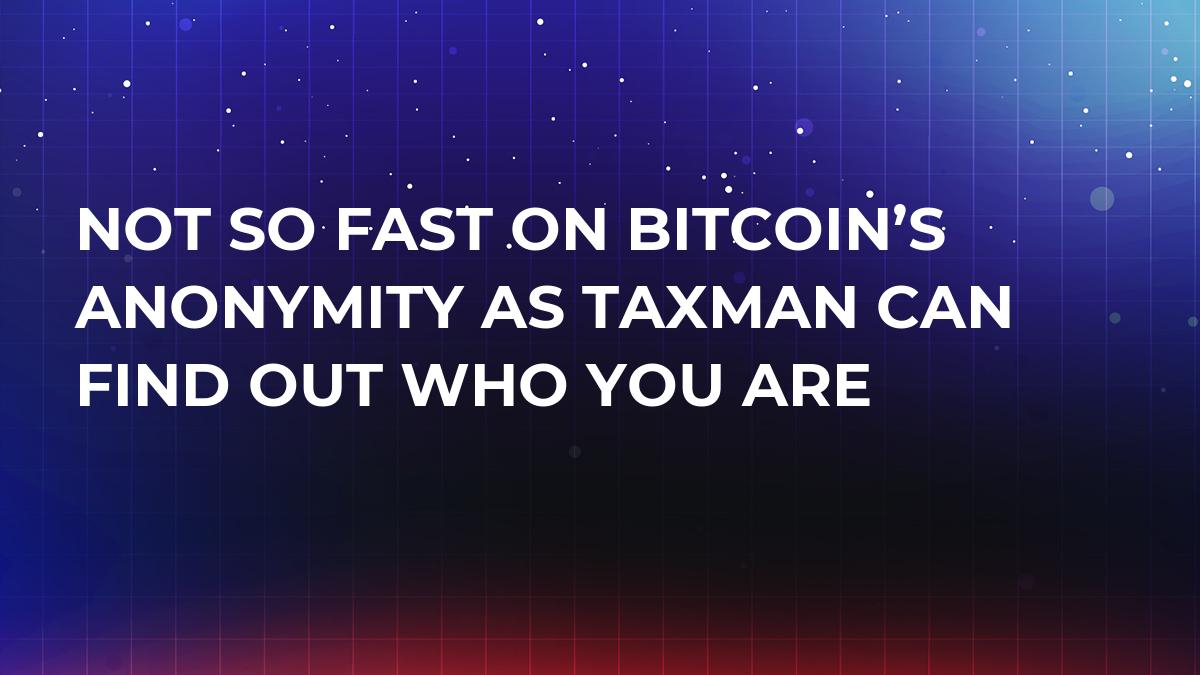 One of Blockchain’s attributes is to allow for transparency of ledger transactions and creation of incorruptible files. It was made to be easily audited, and that could happen to millions of people who hide their gains from their representative tax authorities.

Tax season is in full swing in the US, and many people have a dilemma: whether to claim crypto gains from 2017 or not? That is the question of Q1 2018. Last year saw an explosion of Bitcoin and altcoins on to the mainstream.

Bitcoin mania enchanted millions in the final quarter of 2017. Many people believe that their funds are hidden and that the government cannot see their trading activity because their wallets are anonymous.

They are wrong. Essentially, Blockchain equals digital paper trail. The whole reason behind Blockchain is to increase accurate reporting and ease of auditing transactions. It is designed to promote transparency and reduce fraud with incorruptible ledgers of transactions.

All of your transactions are visible. There are companies such as Chainalysis that audit transactions and are partnering with government tax authorities to hunt for people who are not reporting their gains. According to the company’s website:

“Through formal partnerships with Europol and other international law enforcement, our investigative tools have been used globally to successfully track, apprehend, and convict money launderers and cybercriminals.”

While some wallets are anonymous, your bank account is not. If you’ve transferred any fiat from cryptocurrency sales to your bank account, there is a record of that activity. If you transferred over $10,000 in a single transaction, the bank will have already filed a suspicious activity report (SAR) flagging your account.

With relative ease, auditing companies working with government tax collection bodies can start to figure out who has not been reporting their gains. You might want to think about listing your gains and losses when you file your taxes this year.

While the IRS still has a fuzzy description of what cryptocurrency is and how to tax it, the agency did go after Coinbase, the largest exchange and broker of cryptocurrencies. The IRS initially requested Coinbase to turn over the accounts of customers who bought Bitcoin between 2013 and 2015. During this time, the value of Bitcoin soared dramatically from around $13 to a high of more than $1,100 in 2013, then back below $200 in 2015. Not everyone was “Hodling” at that time- profits were made.

In nine short years, Bitcoin went from being an underground “nerd” currency to one bordering on the mainstream.

In the process, it has made tens of thousands of people wealthy and brought about incredible technology that will revolutionize our world.

Now that Blockchain, Bitcoin and cryptocurrencies are in the public eye, the regulators and the governments of the world want to claim their share of your profits.

The taxman is now savvy to Blockchain and will use it to his advantage to collect. You better check your taxes closely this season.