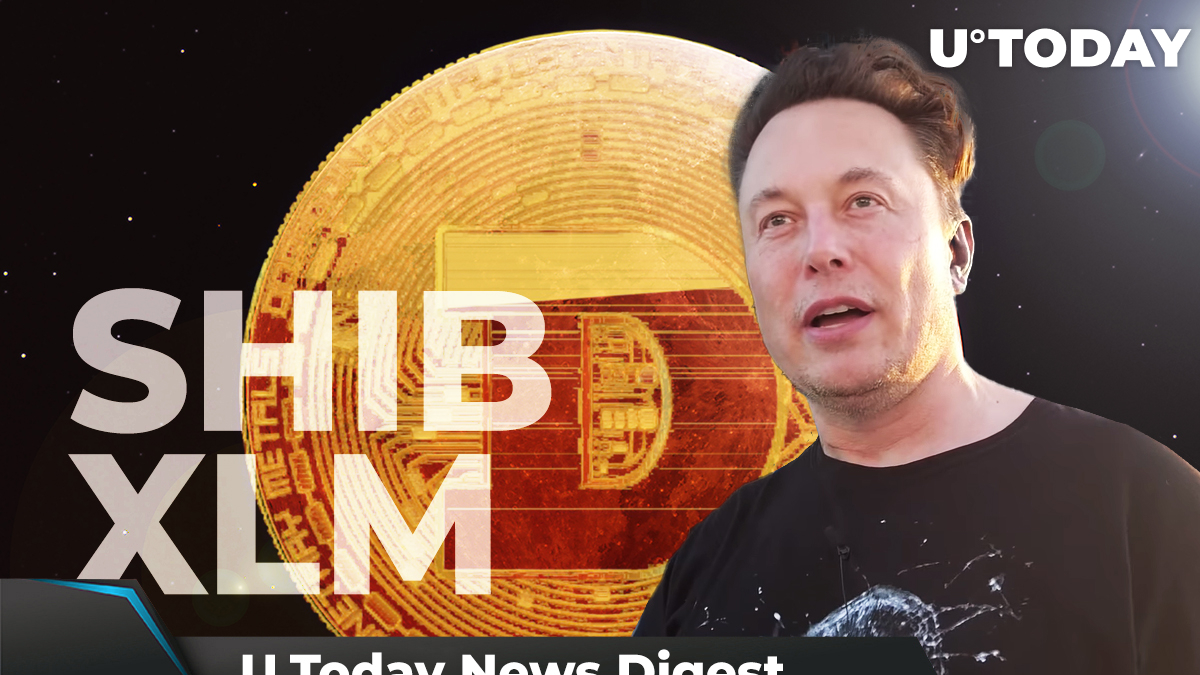 Here are the most outstanding news stories over the weekend, presented to you by U.Today:

In 2021, the interest of cryptocurrency whales toward the Shiba Inu token, also known as the “Dogecoin killer,” has significantly increased. Etherscan data shows that, last Saturday, anonymous whales transferred around 260 billion SHIB in several massive lumps, each carrying over 80 billion coins.

Some experts believe that whales are also accountable for the recent SHIB rally, when two weeks ago a large market player bought six trillion coins and then added 276 billion SHIB to them.

According to Dogecoin YouTuber Matt Wallace, who calculated Elon Musk’s fortune in the DOGE equivalent, the centibillionaire has a net worth of around 861 billion Dogecoins (209 billion dollars). Musk hopes that this money is enough to start a permanent colony on Mars. The DOGE community went further; some of its members tweeted that the meme coin should become the official currency of the red planet.

XLM may get in trouble if XRP is deemed a security

In his recent tweet, researcher Leonidas Hadjiloizou asked the XRP community about the side former Ripple CTO Jed McCaleb would take in the ongoing legal battle between the fintech giant and the SEC. If the SEC wins and the court rules that XRP is a security, according to Hadjiloizou, it would mean that McCaleb broke the law by selling nine billion potentially unregistered securities (compensation from Ripple as part of the Settlement Agreement).

Also, in this case, according to Hadjiloizou, Jed’s company, Stellar, and its native token, XLM, will be in for hard times as well.

Sunday ended with good news for the Dogecoin community. Its Change.org petition calling for Robinhood to list Shiba Inu has surpassed 250,000 signatures, meaning that the goal of 300,000 signatures is close. However, the popular trading app has not indicated whether or not it is ready to add SHIB.

Despite being opposed by Bitcoin maximalists, billionaire Mark Cuban said that he would continue talking about Dogecoin. In his opinion, Dogecoin is a great introduction to the industry that allows one to learn about cryptocurrencies in a cheap way. Cuban also added that the Dogecoin community is “fun to be part of,” once again praising it for its frivolousness.

However, despite being a strong Dogecoin advocate, the billionaire owns only $1,500 in the meme coin.