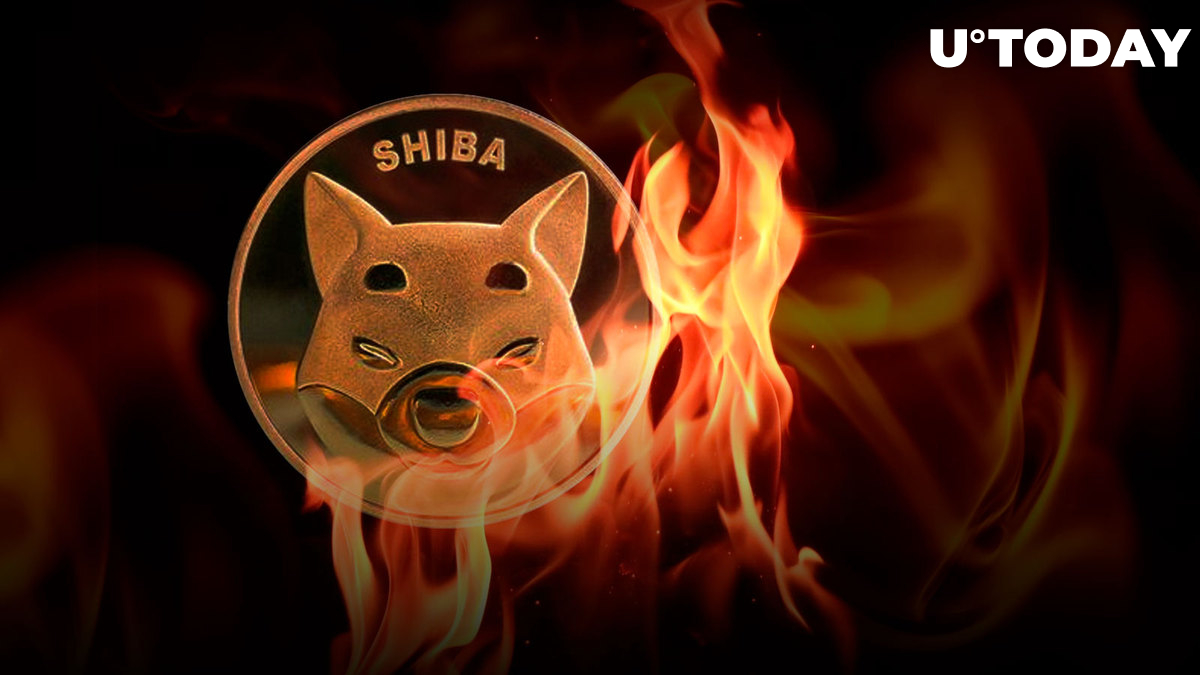 According to the Shibburn Twitter account, more than half a billion SHIB were sent to dead wallets in the past week, adding up to the hundreds of millions of SHIB burned since the start of August.

Recent hours have seen several transactions carrying SHIB being burned, resulting in a rise in the burn rate. At the time of publication, the SHIB burn rate was up 272.56%, while 86,410,488 SHIB had been burned within the last 24 hours, per the Shibburn website.

In the last hour, an unknown address sent 60,775,594 SHIB tokens to be burned in a single transaction.

The whale tracking service, WhaleStats, reports that SHIB has returned among the top 10 purchased tokens among the 500 biggest ETH whales in the last 24 hours.

Whales resumed accumulation once more after recent profit-taking that led to a significant decline in Shiba Inu's price. As reported earlier by U.Today, retail holders were seen scooping up the SHIB dumped by large investors. However, the current whale buy-up is still yet to be felt in the general balance of the top 100 Shiba Inu holders owing to prior profit-taking.

WhaleStats' analysis of the top 100 Shiba Inu holders reflected a slight decrease, 0.0065% of the average SHIB balance of this category of addresses. Whales' trading volumes and average SHIB value also declined by 97.38% and 1.8%, respectively, in the last 24 hours. Netflow was also in the negative at 103.93%.

According to CoinMarketCap, Shiba Inu was trading at $0.0000132 at the time of publication, marginally down in the last 24 hours. There is still slight selling pressure in the market as cryptocurrencies attempt a rebound after Friday's massive selloff.

Per WhaleStats data, the top 5,000 ETH whales are currently hodling $159,673,102 worth of SHIB. Likewise, the Shiba Inu governance token, BONE, was seeing utility from whales, being among the most used smart contracts among the top 1,000 ETH whales in the last 24 hours.