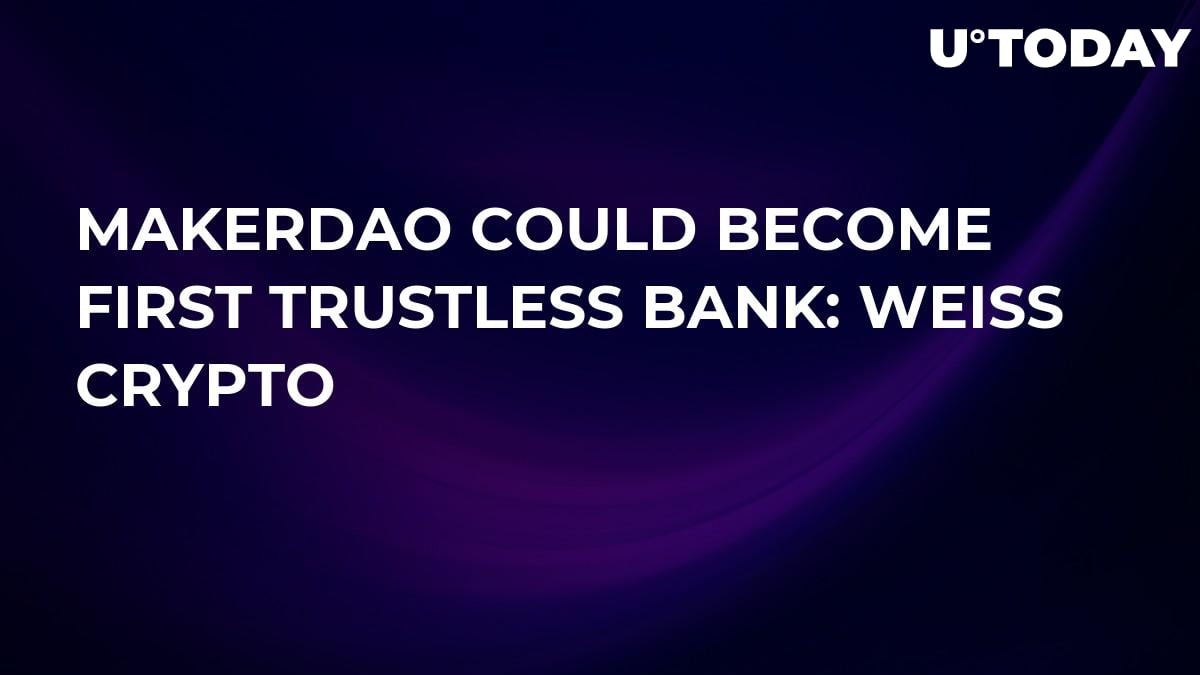 Weiss Crypto Ratings, the most reputable provider of independent cryptocurrency rankings, recently opined that Maker DAO could become the first trustless central bank in the world. The agency praised the decision of the Maker community to conduct a major upgrade of the DAI creation mechanism.

Related
Bitcoin Supporter Peter McCormack: DAI Too Complicated for Normal People to Use

Maker is currently the biggest project in the realm of decentralized finance (DeFi). Back in November, MKR stakeholders voted to move towards a multi-collateral DAI (MCD), thus allowing users to peg the stablecoin to cryptocurrencies other than Ether. The single-collateral one was renamed to SAI.

On top of that, Maker introduces the Dai Savings Rate (DSR) mechanism, which is the equivalent of a savings account in traditional banking. It offers users to earn an interest rate in DAI.

Decentralized finance has proven to be one of the fastest-growing sectors within the cryptocurrency industry this year.

In its "State of Crypto" report, Blockchain Capital recently predicted that the value locked in Ethereum-based DeFi dApps could hit $5 bln. At the end of November, it surpassed $700 mln, which means that the $1 mln milestone could be already in the offing.

That said, this is space is still in its nascency. Hence, it shouldn't be treated by investors as a safe asset, according to none other than Ethereum founder Vitalik Buterin.