Yuri Molchan
The Weiss Ratings agency brings down the EOS score, putting it lower than previously, despite the “great respect for work and thinking that went into the EOS project” 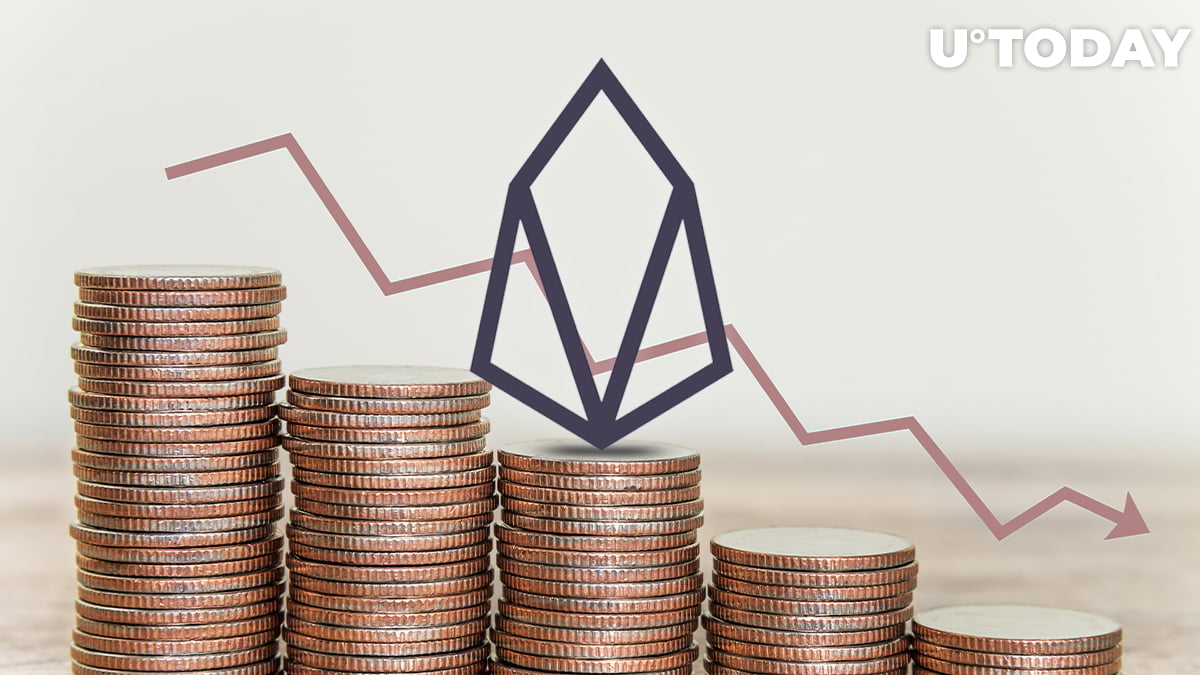 The highly reputed agency Weiss Ratings downgrades the EOS project from B to C and spreads the word about it on its official Twitter page. The post promises a full article to come out soon and so far just explains the reasons for this decision.

1/6 We’ve had great respect for work and thinking that went into the #EOS project. But the Weiss Crypto Ratings model is not based on opinion. It’s driven by data. And that data has now caused a downgrade from B to C-. Here's why (full article to be published soon):

Earlier this year, in June, U.Today reported that Weiss Ratings brought down the score of EOS. Back then, the reason was ‘a serious problem with centralization’ as the agency said in the tweet. The agency made it clear that they were expecting Cardano to take the place of EOS as a fully decentralized DLT project.

EOS DOWNGRADE: #EOS has serious problems with centralization, and their event last week did anything to alleviate that, so we’ve severely downgraded its technology score. It’s now up to #ADA to launch a truly decentralized #PoS #blockchain. No pressure.#crypto #Cardano #BTC

Before the score of EOS had beeb brought down first time, EOS stood above both Bitcoin and Ethereum on the Weiss Ratings scale.

This time, Weiss Ratings is downgrading the technological score of EOS for yet the same reason – lack of decentralization. The tweet says that the main problem is that 68 percent of the voting power on EOS belongs to just 0.01 percent of the token holders (100 of them, to be exact).

The agency urges the community to realize that the behemoths of the crypto world – Bitcoin and Ethereum – should not be considered technologically inferior.

2/6 Failure to decentralize - The top 100 #EOS token holders, representing a meager 0.01% of the total, control a whopping 68% of the voting power. So much for the claim that EOS is a major improvement over older cryptos like #Bitcoin (#BTC) and #Ethereum (#ETH).

‘Cardano is vastly superior to EOS’

In the middle of November, on Twitter Weiss Ratings went on with praising the Cardano chain over EOS, saying that the former is ‘vastly superior’ to the latter.

#Cardano is clearly superior to #EOS. EOS was first to market, but it’s becoming increasingly clear that of the two, Cardano is vastly superior. More details on this in subsequent tweets. #ADA #crypto #cryptocurrency

However, EOS remains coin number one in Chinese ratings.

As reported by U.Today, since early November the EOS network has been facing severe congestion difficulties due to the EIDOS app. And its airdrop through the network. At present, users need to have a minimum of 100 EOS staked to perform transactions on this blockchain.