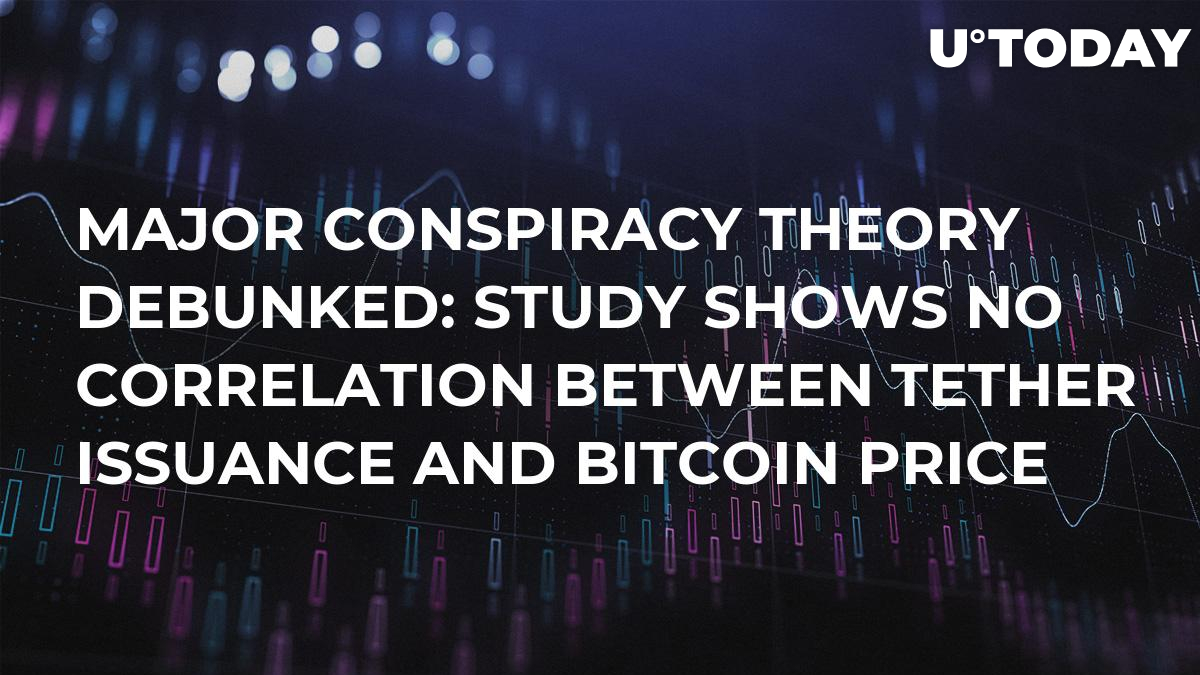 A recent study refutes the speculations that Tether (USDT) has the power to manipulate Bitcoin (BTC). Moreover, it turns out that the opposite situation takes place– when Bitcoin is on a downtrend, it creates more demand for Tether.

No impact on BTC price

After a bombshell study that seemingly confirmed Tether’s influence on Bitcoin price during the December boom, the controversy surrounding the dollar-pegged stable coin grew exponentially. However, Tether is gradually losing its status as an almighty currency that can easily manipulate the crypto market. Back in August, printing 500 mln USDT did not produce any visible impact on BTC price. Now, a recent report entitled “The Impact of Tether Grants on Bitcoin” finds no correlations between Tether and Bitcoin. These findings will be published by Economics Letters this October.

In order to find out whether Tether indeed had some kind of leverage over Bitcoin’s massive rally in December, Wang Chun Wei, the author of the abovementioned study, used a Value-at-Risk (VAR) risk management model. As a result, he concluded that large Tether issuances have no impact on Bitcoin returns.

There is still a correlation

As the claims about Bitcoin price being affected by Tether issuance have been effectively debunked, the study also shows that Tether is clearly connected to increased Bitcoin trading volumes. Trading volumes would usually spike up the day after another Tether grant. There is nothing abnormal about this since investors tend to purchase Tether with other currencies every time new USDT tokens are issued. Wei claims that this fact is rather insignificant because increasing trading volumes do not always result in another rally. Bitcoin’s trading volume would become normal again in about five days.

It takes simple math to understand that Tether couldn’t influence Bitcoin price since even gargantuan $200 mln grants pale in comparison to the scope of Bitcoin’s daily trading volume, which was roughly at $20 bln during the currency’s peak. Moreover, the study also suggests that the grants are made smaller on purpose to minimize the impact on the cryptocurrency market.

Another important revelation of this soon-to-be-published paper is that Tether gets a boost in trading volumes when Bitcoin price starts to fall. Being deterred by bearish Bitcoin, investors are willing to put their money in the stablecoin. Subsequently, that creates more demand for Tether, and more tokens are issued.