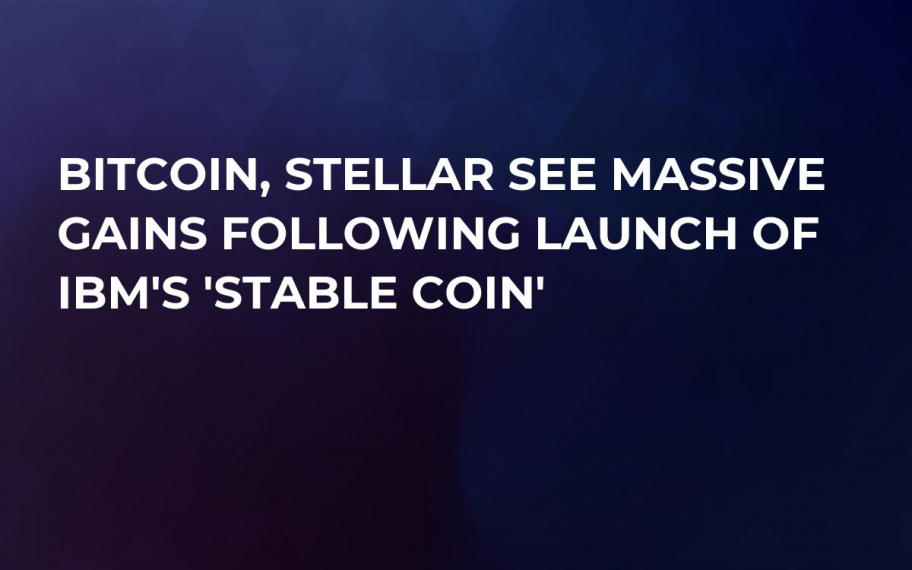 IBM is considered responsible for a huge spike in price that Bitcoin and Stellar have recently experienced. On July 17, IBM made an announcement about cooperating with Stronghold in order to launch a US Dollar-backed stable coin named Stronghold USD.

IBM’s recent partnership significantly accelerated Bitcoin’s bull which started on July 16. While Bitcoin’s price increased by 19 percent, another rising cryptocurrency Stellar increased a whopping 53 percent gain. It is important to mention that later this week the Lumens surpassed Litecoin (LTC) by market cap. As of now, it is the seventh biggest cryptocurrency out there. The sudden bullish trend and high spikes in Stellar’s trading volume are largely attributed to a potential Coinbase listing.

In general, that was an extremely positive week for the crypto community as a market cap reached $300 bln for the first time this month.

Stable coins, since their inception, have been a rather controversial matter in the cryptocurrency industry. As of July 2018, Bitfinex’s infamous stable coin Tether (USDT) is the tenth cryptocurrency by market cap. However, this fiat-backed stable coin has come under fire for refusal to conduct an audit which would prove that the fiat supply corresponds to the USDT supply. There are speculations that Tether was widely used for Bitcoin price manipulations.

In sharp contrast to Tether, Stronghold USD has already undergone an audit (although, the name of the auditing firm remains undisclosed). On top of that, the brand-new stable coin is also insured by FDIC which further proves its legitimacy. Stronghold USD could become a big step towards crypto mass adoption since Stronghold and IBM will put an effort into encouraging different businesses and fintech institutions to use this coin for routine operations.