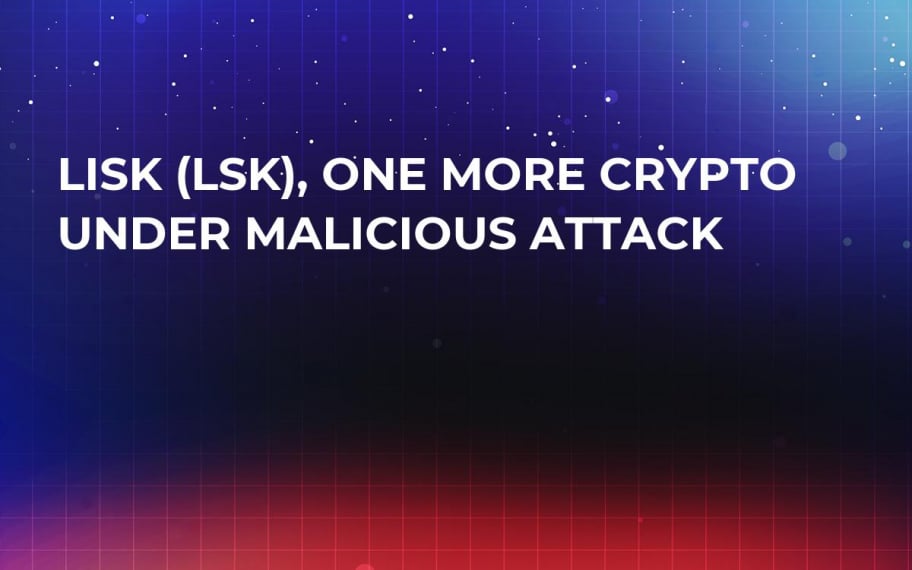 Malicious attacks have been taking place quite often recently, but they were 51 percent attacks: Bitcoin Gold, Verge, Zencash.

Attacks on crypto coin platforms are usually targeted at either stealing assets or double spending them.

The recent Blockchain that has been attacked was Lisk (LSK), and unlike any 51 percent attacks, it was not made through mining. In this case the, hackers used a faulty transaction that they managed to put on the Blockchain via a vulnerability in the Lisk code.

This transaction was accepted but it did not go through. It did cause a new block production process to start, though. As a result, the whole Blockchain was frozen for a day while the team looked for a way to solve the issue. Max Kordek, the Lisk CEO, says that all funds are safe.

The attack took place on Sunday, May 3.

Unlike most Blockchains, LSK transactions are verified by delegates, 101 of them. This coin works on a delegated Proof-of-Stake (DPOS) consensus protocol, which means that an ordinary person cannot just take part in mining this currency. Among other tokens that work on the same basis ar Ark, Rise and Oxycoin.

Besides, Lisk allows making your own decentralized apps and you make them on sidechains, which prevents the major Blockchain from overloading with transactions.

The current state of things

At the moment LSK works on an upgraded version of the Blockchain that does not contain the bug that caused the problem. The team says that currently things are back to normal and as of June 5, the coin is listed on the OKEx exchange.

It is curious that the voting system of delegates used by Lisk is to be tested by other projects– EOS and TRON. However, the attack on LSK shows that this system is far from being perfect.