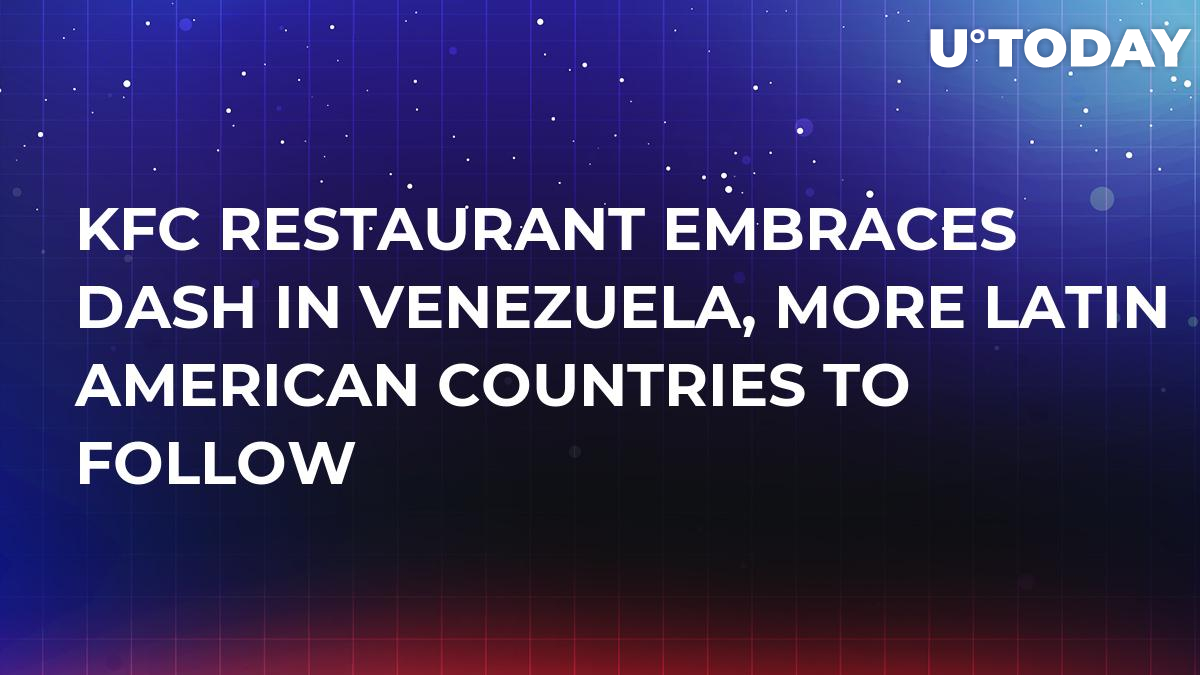 This is not the first time when the Colonel shows interest in crypto – back in January, KFC Canada rolled out the Bitcoin bucket (as the name suggests, one can only be bought with BTC). Now, it’s time for Dash, the most popular cryptocurrency in Venezuela. For the time being, only one restaurant in the city of Caracas supports the currency, but there is already a plan for a further expansion that will cover 24 Latin American countries.

Alejandro Echeverría, who spearheads the Dash Merchant Venezuela group, claims that the ‘Dash movement’ is getting stronger since it’s a beginner-friendly way of making payments. The 16th biggest currency by market cap has been already adopted by 2,000 merchants in the hyperinflation-stricken country, and now global corporations in the likes of KFC and Papa Jones are also getting on board. Their ambitions go as far as reaching up to 10,000 merchants in 2019.

Getting around poor tech

Echeverría explains that the process of attracting new merchants involves making direct phone calls and presenting them the advantages of using Dash as one of the payment methods. The team installs a POS terminal at a merchant’s place. At this point, they record about 80 daily transactions, but this number doesn’t accurately represent the state of adoption since some payments are conducted without the device.

Given that the majority of Venezuelans do not have access to smartphones (with slow Internet speed and rampant government censorship on top of that), the Dash Text feature also comes in handy. A client simply has to send an SMS with a corresponding code (‘buy’ + five digits) for his/her transaction to be processed.