JUST IN: Bitcoin Price Surges to $9,500. Are Bulls About to Take the Wheel? 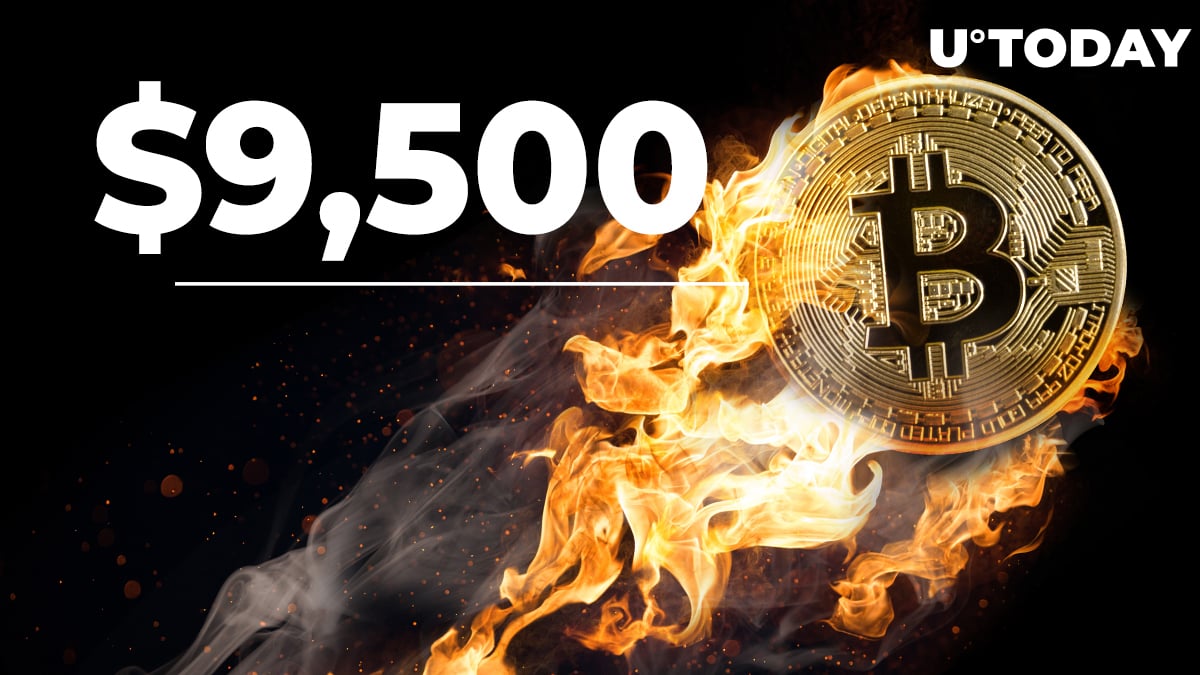 Bitcoin, the largest cryptocurrency by market cap, has joined the altcoin party by surging more than two percent.

The upward move comes after numerous altcoins (such as VeChain and Dogecoin) posted massive price gains.

The bulls are waking up

Normally, cryptocurrency traders would call such a move ‘just Wednesday,’ but Bitcoin’s price action has been uneventful for the past several weeks.

After BTC’s volatility plunged to its lowest level in 15 months, the latest move was enough to push its price to its highest level since June 24.

According to DataMish, $9.7 mln worth of short positions were liquidated on BitMEX.

Crypto trader Michael van de Poppe doesn’t expect the bulls to stop there. Actually, he expects the Bitcoin price to extend its uptrend and surge to $9,700.

The clock is ticking

The recent Bitcoin price was more significant for the bulls than it might seem since the flagship cryptocurrency managed to break the wedge posted by macro economist Raoul Pal.

Pal suggested that Bitcoin’s price rally could be lead by Ethereum that also seems long overdue for a major rally.

While cryptocurrencies are seeing a wave of green, gold is also on a tear. The yellow metal is currently up more than one percent, changing hands at $1,813 per ounce (only five percent away from its September 2011 all-time high).