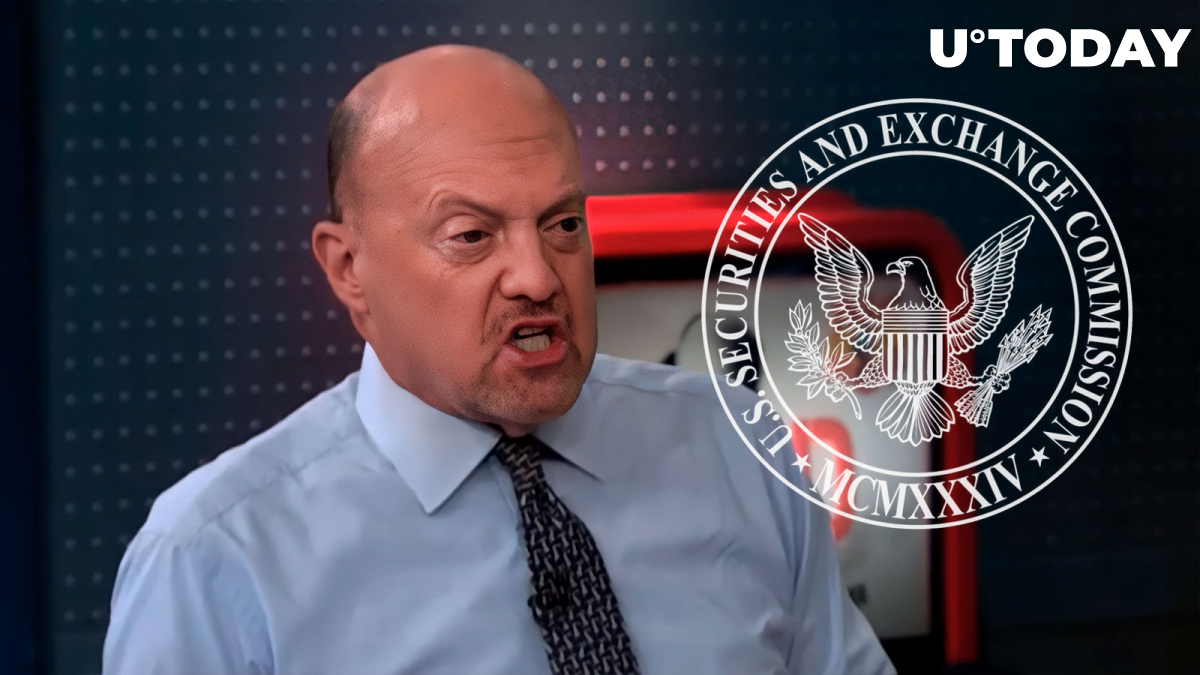 CNBC's Jim Cramer has urged the U.S. Securities and Exchange Commission to crack down on cryptocurrency pump-and-dump schemes on Thursday's episode of his "Mad Money" show.

Crypto pumping is one of the most "troubling issues" that the securities regulator should be pursuing right now, according to Cramer.

He claims that there are tons of cryptocurrencies that are being propped up by their creators and end up being liquidated into the hype.

"I think it's vital for the SEC to pursue these targets aggressively," Cramer said.

He fears that Congress may put crypto under the purview of the Commodity Futures Trading Commission (CFTC), the SEC's sister regulator that would have a much less aggressive approach toward cryptocurrencies. A new bill tabled by Sens. Kirsten Gillibrand (D-NY)  and Cynthia Lummis (R-WY) would give Senators such authority.

Related
XRP, ADA, SHIB, DOGE Plunge as Momentum Fades
That, according to Cramer, would be a big mistake given that illegal behavior is rampant within the cryptocurrency space.

As reported by U.Today, SEC Chair Gary Gensler also criticized the attempt to defang his agency, claiming that the bill would affect capital markets in a negative way.

The CNBC host also believes that the SEC should take action on special purpose acquisition companies (SPACs) since it is "unfair" to subject the general public to securities with such "massive defects" even if they are disclosed.

In early July, Cramer predicted that the cryptocurrency industry had much more room to fall following a crash in June. Even though major coins actually overperformed that month, they are once again on the ropes due to macroeconomic uncertainty.