"I Have Never, and Would Never, Invest One Cent in Bitcoin": Ryanair CEO 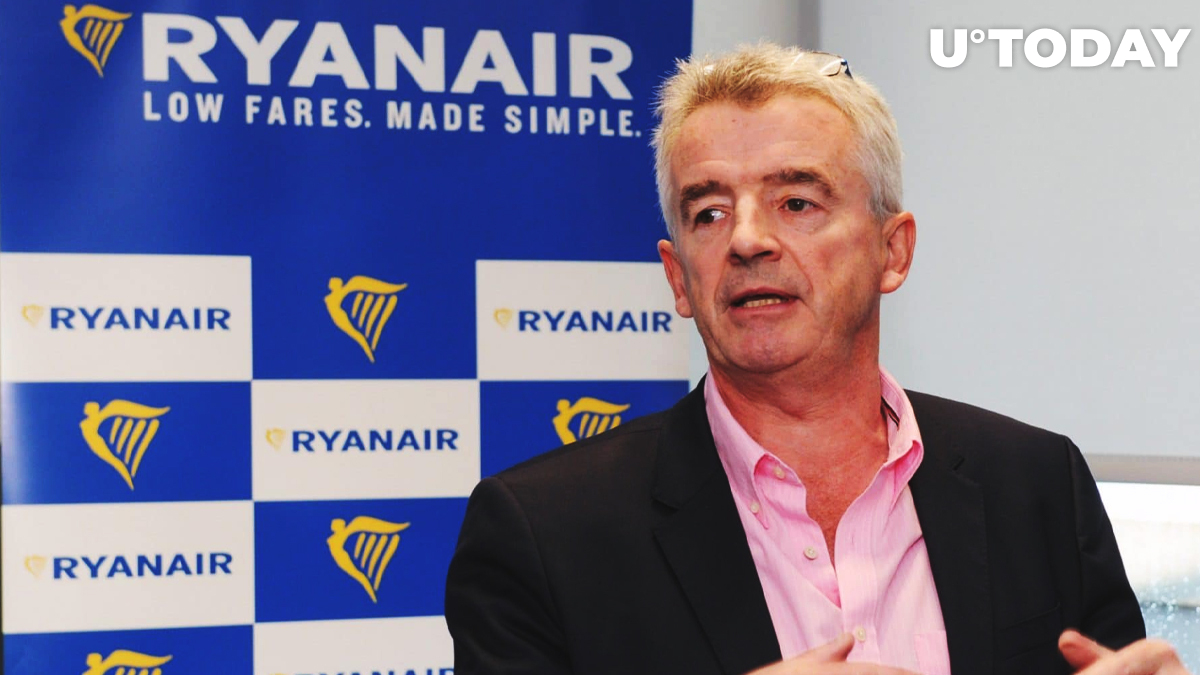 Michael O'Leary, the CEO of European low-cost airline giant Ryanair, recently told The Sunday Times that he would never invest “one cent” in Bitcoin, comparing it to a Ponzi scheme:

“I have never, and would never, invest one cent in bitcoin, which I believe is equivalent to a Ponzi scheme.”

The Irish billionaire also recommended avoiding the world’s largest cryptocurrency “like a plague”:

“I would strongly advise everyone with any shred of common sense to ignore this false story and avoid bitcoin like a plague.”

O'Leary delivered this scathing critique of Bitcoin after he got inadvertently involved in promoting a cryptocurrency scam called Bitcoin Lifestyle, expanding the list of fake celebrity endorsements.

A fake interview with “The Late Late Show” presenter Ryan Tubridy where O'Leary encourages viewers to put their money in the sham is being promoted on numerous high-traffic websites to lure potential investors:

“The Late Late Show host Ryan Tubridy was left in disbelief as Michael pulled out his phone and showed viewers how much money he’s making through this new money-making programme that has everybody in Ireland whispering.”

They use the name of a non-existent Irish bank that was allegedly terrified by O'Leary’s investment that brings him “a windfall of cash” on a daily basis.

As reported by U.Today, a plethora of other prominent personalities — from “Top Gear” host Jeremy Clarkson to British actor Daniel Craig — had their famous names exploited by scammers on social media.

While fake celebrity-endorsed cryptocurrency ads remain a major problem, comparing Bitcoin to a plague seems like a bit of a stretch.

After all, Bitcoin Lifestyle has nothing to do with the legitimate cryptocurrency that has a market cap of $244 bln as of today, and O'Leary appears to be struggling to tell the difference between the two.

It’s a hydra-headed scam in the likes of Bitcoin Profit and Bitcoin Evolution that offers miraculous software with fake demos and promises guaranteed multi-million returns.