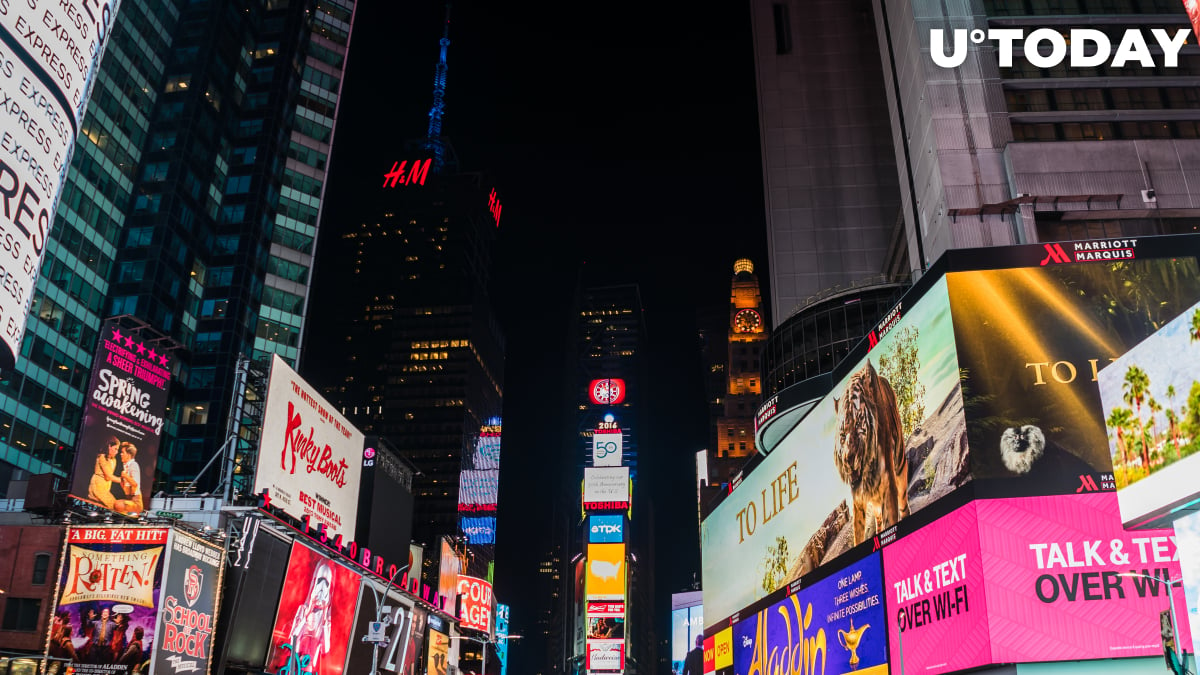 CORRECTION: A gigantic digital billboard promoting the Shiba Inu cryptocurrency in New York City's Times Square is fake. Silvercast Media has confirmed that the ad is not real.

The display reads: “We will reach the moon soon,” referring to the widely used slang phrase in the cryptocurrency community.

Earlier this year, the proponents of Dogecoin and Safemoon also bought ad space in one of the busiest pedestrian areas of the world when the above-mentioned cryptocurrencies were at their respective peaks of popularity.

The price of a single Times Square billboard can reach $50,000 for a one-day program.

While Shiba Inu has made significant strides in terms of exchange listings over the past two months, it is still challenging to buy it in New York due to stringent regulations. Members of the community even went as far as creating a Change.org petition in order to allow New Yorkers to purchase the high-flying meme cryptocurrency on Coinbase.