Maker Price Analysis — How Much Might MKR Cost in 2019?

Denys Serhiichuk
🌡️Maker is a relatively new token on the market, but it has already entered the top 20. This article will help you to understand the possible rate of MKR in 2019🤑 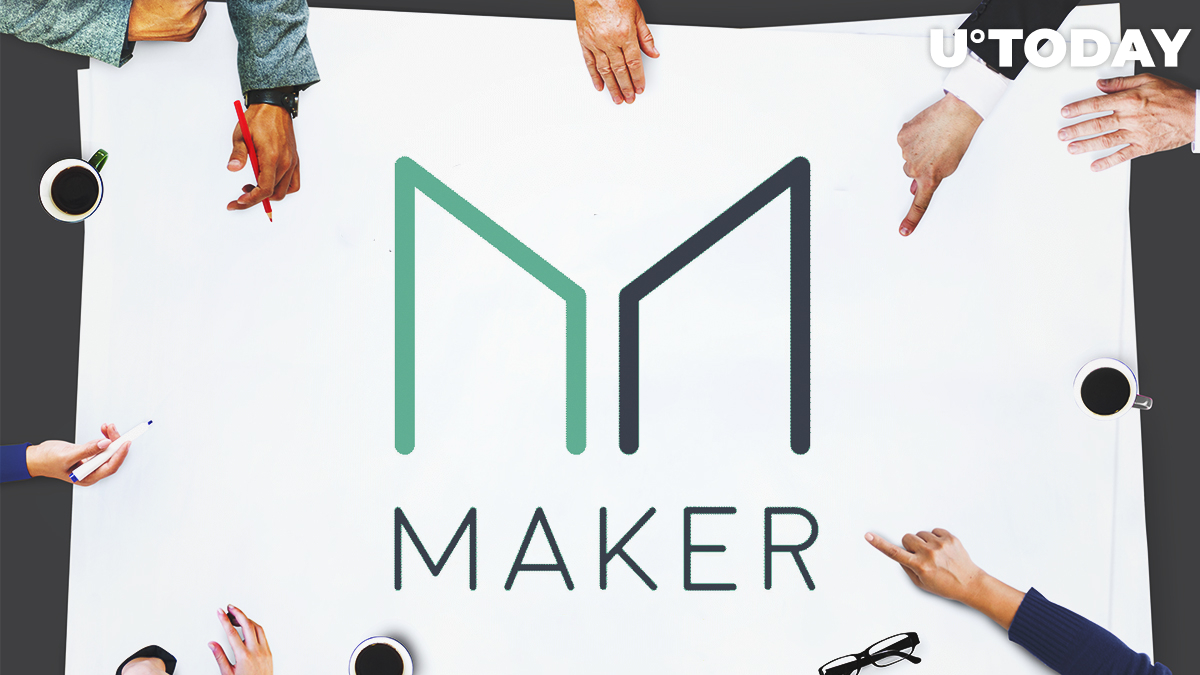 The MKR token is a recent market participant and is not yet very well known. To predict its price for 2019, one needs to get acquainted with the MakerDAO ecosystem.

What is Maker DAO?

It is a cryptocurrency platform launched in 2015 on the basis of the Ethereum blockchain. Its main goal is to create decentralized tokens, the value of which is tied to real assets (in particular, fiat currencies and precious metals).

The developers are planning to launch a decentralized exchange, on which it will be possible to trade various stablecoins (though only the ERC-20 standard). But so far only one has been created: DAI.

This is a stablecoin pegged to the USD rate. How does it differ from USDT, TUSD, and other “crypto-dollars”?

First of all, the cost assurance mechanism. Technically, it is very complex and even has a separate name – CDPs (secured debt positions). In a simple way, each token is backed up by some kind of asset that the user borrows from the system and then gives it back. And all this is governed by internal smart contracts.

In practice, it looks in the following way:

Thus, it is impossible to make DAI out of thin air. It means that the uncontrolled release of tokens is also unlikely.

But for the functioning of the platform, only one stablecoin is not enough. Therefore, the system’s fuel is another token.

What is Maker (MKR)?

This is the second token of the MakerDAO platform, which ensures its operation, fixes the market value of DAI and serves as a tool for attracting investment in the project.

It performs three roles inside the platform:

MKR has one more fundamental difference from other cryptocurrencies. The token can change its value in order to maintain the currency parity of the internal stablecoin. The algorithm, due to which the developers managed to achieve such an effect, is very complex. The equality in the system is provided mathematically, where 1 DAI = 1 USD (with a permissible error of 5%).

The practical meaning of the Maker Project with DAI and MKR

DAI, with its clear reference to the dollar, is unsuitable for earnings. However, it can be an excellent tool for safe investment. If you keep investments in cryptocurrency all the time, a part of the profit burns due to high asset volatility. Constantly converting cryptocurrency to fiat and back is too expensive.

Stablecoins (especially as reliable and decentralized as DAI) are the best option for profit taking. The investor does not lose money, but simply freezes his cryptocurrency assets, which definitely will not change in price.

But the cost of the second token is unstable. Actually, under the Maker cryptocurrency, investors most often mean MKR.

The idea of ​​launching a new stablecoin on the market is a useful one for users and investors, expanding the use of digital assets, which makes crypto a full-fledged payment tool on the same level with fiat money.

In general, the coin has the following advantages over traditional money and other cryptocurrencies:

The cost of the MKR strongly depends on the Ethereum platform. If we analyze the market dynamics of the two cryptocurrencies, it becomes clear that the price of the MKR always falls after ETH does. In addition, technical failures in the Ethereum blockchain, which have recently become noticeably more frequent, can derail the work of MakerDAO.

Despite the announcement of the completion of work on the platform, we still have not seen either the promised exchange or new stablecoins. The emission of DAI so far defies any logic and depends only on the mood of users.

When considering the feasibility of investing money in the Maker platform, analysts point out its prospects, which is supported by predictions for 2019. If the whole crypto market is green, the price of 1 token can reach up to $1,000 at the end of 2019.

Therefore, the MKR coin is suitable for long-term investment in order to obtain subsequent profits. With the expansion of the number of cryptocurrencies on the mother platform of this token, its value will begin to increase, which will lead to an increase in its popularity among users and investors.

At the moment, the rate of cryptocurrency Maker is growing against the background of the rest of the market (April 2019), and in terms of capitalization (Coinmarketcap), MKR takes 18th place in the ranking.