Alex Dovbnya
Will Monero and ZCash users flock to buy Litecoin in droves once it becomes a privacy-centric coin? Charlie Lee certainly hopes so 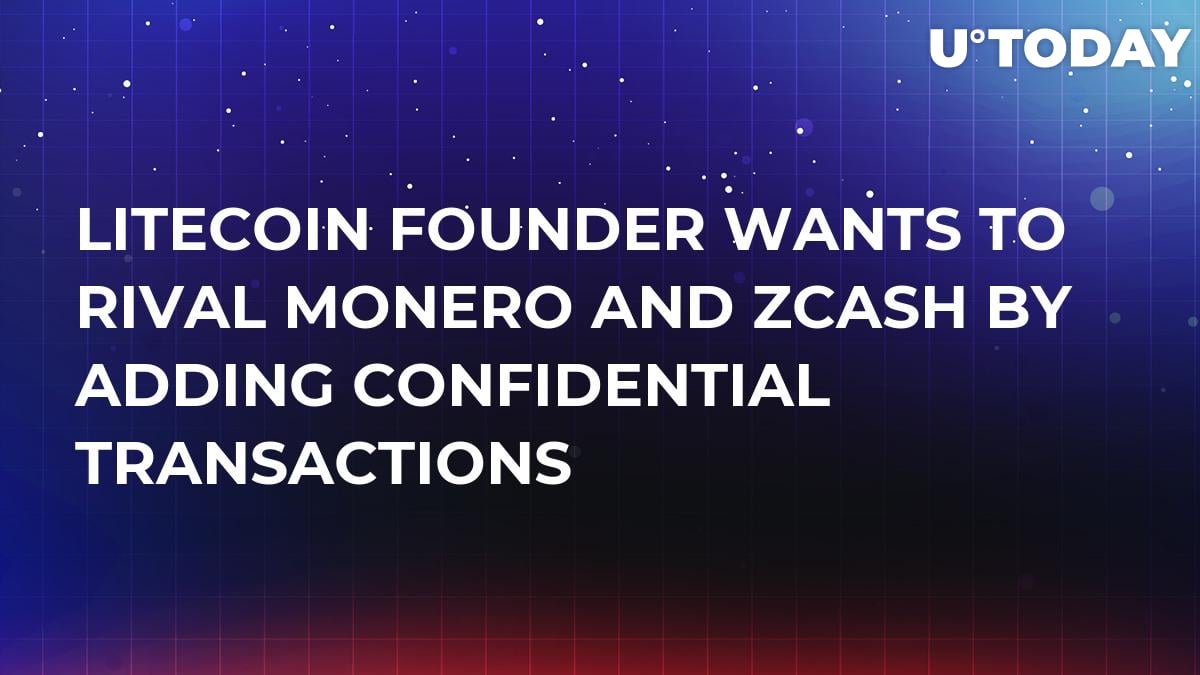 Charlie Lee, the creator of Litecoin, claims he places a major emphasis on the privacy and fungibility of the OG coin. Now, he reveals that he’s ready to add Confidential Transactions (CTs) in 2019 after years of testing.

Monero (XMR) and ZCash (ZEC) enjoyed exponential growth in 2017 as more crypto enthusiasts started ditching Bitcoin (BTC) because of its pseudo-anonymity. With privacy coins, all transaction details remain hidden. Lee, while speaking about adding Monero-like privacy features, claimed that fungibility is the only great property that his creation is missing. He has just reiterated his stance, adding that he cannot wait to add CTs to the Litecoin network.

The illusion of anonymity

Bitcoin has always been seen as a dark web’s darling, and transactions that involve the very first cryptocurrency were initially seen as completely anonymous. However, as mentioned above, Bitcoin transactions are only pseudo-anonymous, which means that they are ways to link the person’s identity to his or her wallet addresses. For instance, the law enforcement has managed to track down the infamous ‘Oxymonster’ Gal Vallerius and confiscate his $700,000 Bitcoin stash.

If Litecoin does integrate CTs, it could definitely fly in the face of Monero and ZCash, potentially disrupting the whole crypto landscape. Litecoin is poised to become an ultimate solution to Bitcoin’s privacy-related issues.