Alex Dovbnya
Tether remains at the top of its game, but there are multiple stablecoins that could challenge its dominance in the nearest future 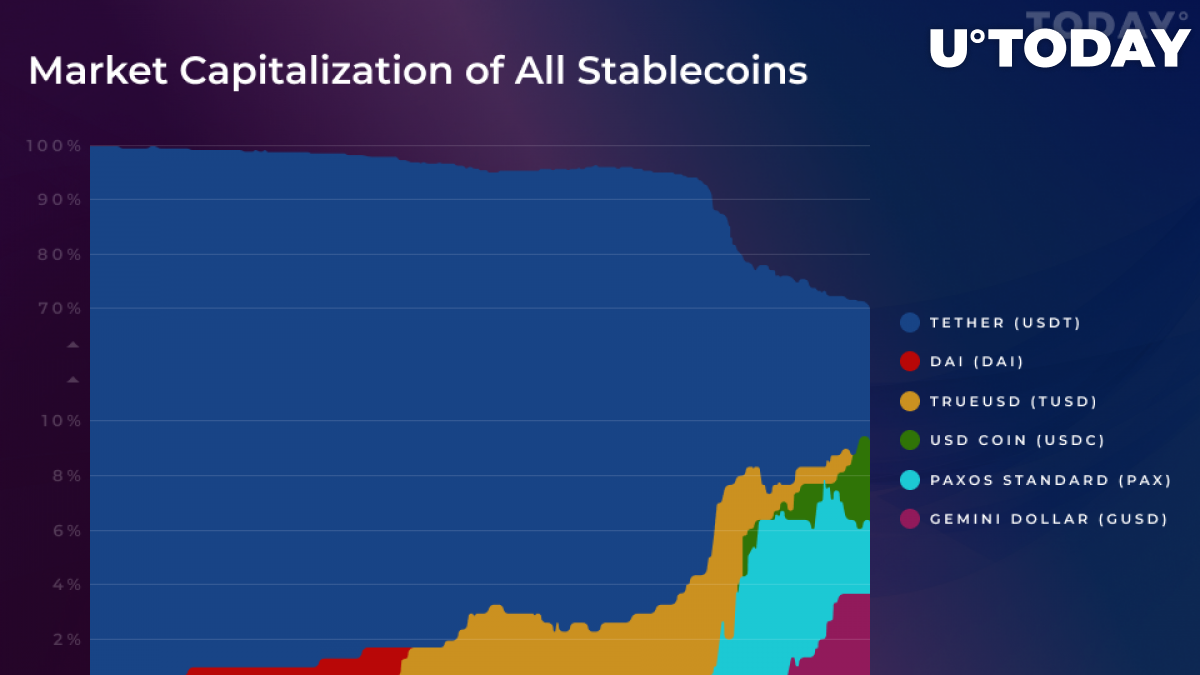 A new DataLight study shows that Tether (USDT) remains the biggest dollar-pegged coin out there. However, its dominance has recently hit a brand-new low, with other stablecoins challenging its first place.

The crown is slipping

Tether, which occupied a whopping 99.75 percent of the stablecoin market at the beginning of 2018, has been gradually losing its hegemony throughout the year. On Dec. 23, its dominance recorded a new low at 71.45 percent. Circle’s USDC is in second place with 8.75 percent, while TrueUSD (TUSD) takes third place with 7.94 percent. Notably, Dai (DAI), Tether’s long-term challenger, is lagging behind other upstarts.
Overall, there are more than 57 stablecoins in the mushrooming sector (in various stages of development).

Tether’s shrinking market share is primarily attributed to the fact that this niche is becoming more and more competitive, and each new stablecoin fights tooth and nail for its place in the sun. Last year, digital coins pegged to fiat currencies became one of the most recent trends in the industry, and crypto unicorns such as Gemini and Circle have stepped up their game by presenting their own stablecoins.

Recently, Paxos Standard and Gemini were accused of manufacturing arbitrage opportunities to streamline the adoption of their coins.