Scalability on the Blockchain — Is There a Problem? 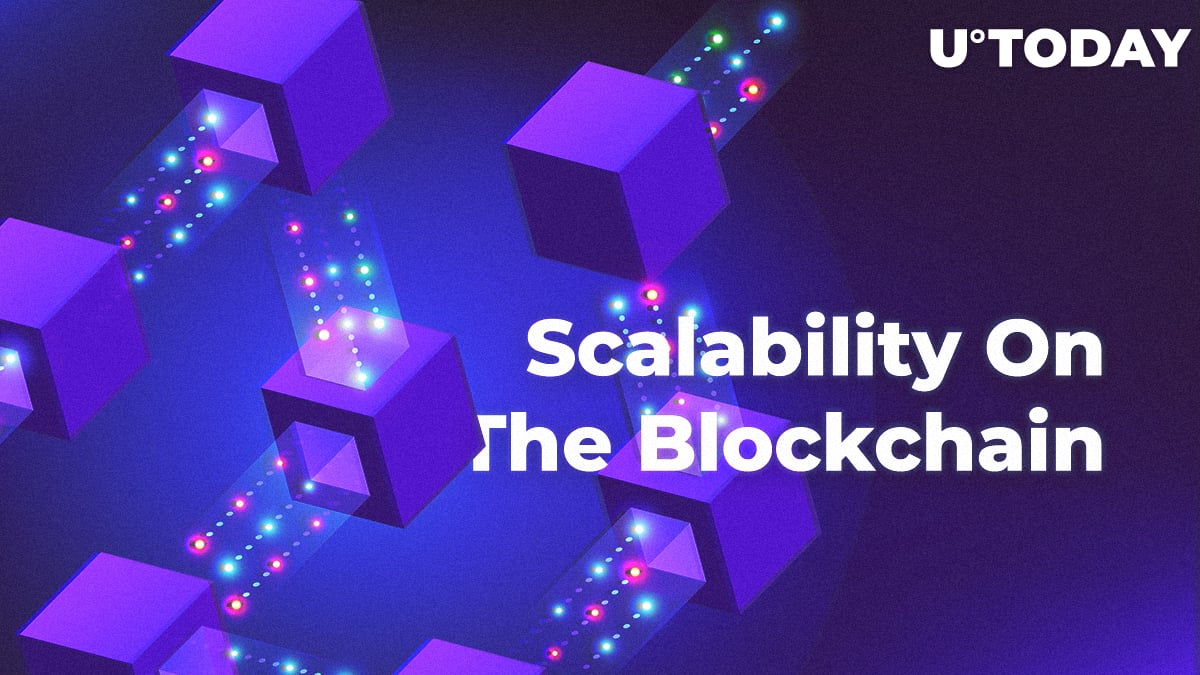 We can witness the golden era of Bitcoin only if scalability allows it. Just increasing block sizes or reducing mining time isn’t enough to fix the problems. 4 transactions per second — this is the average speed of the Bitcoin blockchain. By comparison, Visa provides about 1,700 (TPS). The difference is colossal! It’s clear that Bitcoin and other cryptocurrencies are not yet ready to compete with such indicators.

The result of 4 completed TPS sounds disappointing, but why couldn’t Bitcoin’s blockchain work faster? Here are some clues:

With each new transaction in the net increases the blockchain size.

With a standard block hard-cap of 1MB in the Bitcoin blockchain, it’s hard to talk about effective scaling.

On average, it takes 10 minutes to extract one block in the Bitcoin blockchain. Any online transactions must be validated. From here the queue that lasts for a considerable time.

What are the solutions?

Bitcoin’s blockchain has become something really huge. This is a system with a new level of security, economy and freedom of action. The community is trying to make blockchain ideal, but it’s not that simple. Each decision must be supported by the crypto community, and implementing changes will require even more time and effort. But now there are some solutions.

It is enough to imagine a complete change of the game’s rules to understand what a hard fork is. For example, you played football, but now you must play basketball. The ball is there, but the rules are radically different. So, a hard fork makes all members of the Bitcoin network download a completely new protocol. However, it has a history of transactions but not the connection with the old system.

Perhaps everyone has heard about one of the most successful hard fork at the moment — Bitcoin Cash. The altcoin lives and thrives, successfully breaking the block size mark of up to 32 MB.

Segregated witness (SegWit) is an implemented protocol update that solves the issue of the Bitcoin’s blockchain transaction malleability and scalability. Every transaction consists of two part. The first one is Basic information. And the second part is Witness, it carries a special cryptographic code. This code is a confirmation of the virtual transaction in Bitcoin currency.

The essence of soft fork is to store the Witness signature in a sidechain. This move creates free space inside the block. At the same time, the block size increases without actually increasing. Let's look at the pros and cons of SegWit.

The technical solution, known as Lightning Network, can be called the most successful of all that solving the current issue with scale. Deployed on top of Bitcoin, LN uses advanced smart contracts to achieve higher transaction bandwidth while maintaining the peer-to-peer nature of the Bitcoin protocol.

The main idea of the service is to not record all transactions in the blockchain since it overloads it. If participants transfer funds to each other several times, it is not necessary to register each transfer. It will be enough just to open the payment channel and record the data on its opening in the blockchain. The channel will remain open until one of the participants decides to close it by adding the relevant data to the blockchain.

The advantages provided by Lightning Network:

In any case, LN is a real system, able to cope with the problem of Bitcoin blockchain scalability.

Plasma is similar to Lightning Network, except for Ethereum. This is a contact system built over the main blockchain. The root network contract handles only a few obligations from affiliated blockchains, which, as a rule, can handle a huge amount of computation. Obligations are periodically translated from child chains to the root. It can be said that the root blockchain plays the role of the supreme judge from whom the authority of the subordinate courts emanates.

But since the data is transmitted completely only to those who confirm a particular state, participants must independently monitor the chains of interest to punish fraudsters. In the event of an attack, participants will be able to quickly and easily make a mass exit from the child's blockchain to the root.

Blockchains can line up in a hierarchical tree structure. This allows you to balance the system, make the data as accessible and safe as possible, and reduce costs. Mining is performed with complete reliability only in the root blockchain, and the rest receive data authentication from it.

The network of Bitcoin and other cryptocurrencies is growing rapidly. The larger the network, the sharper is the issue of scalability. We reviewed the popular methods of solving these problems. The community is trying to find appropriate solutions and new ideas.

One of the most successful and discussed solutions in the media is Lightning Network, the capacity of which exceeded 700 BTC, and the number of nodes is close to 6,500, but new heights obey the community. For example, the maximum block size in the Bitcoin SV network has already exceeded 128 MB and in 2019, it is planned to reach the size of 1GB. In parallel, the implementation of SegWit continues.

As for what will happen next, we'll see, but a final solution to the problem of Bitcoin scalability is not expected in the near future.